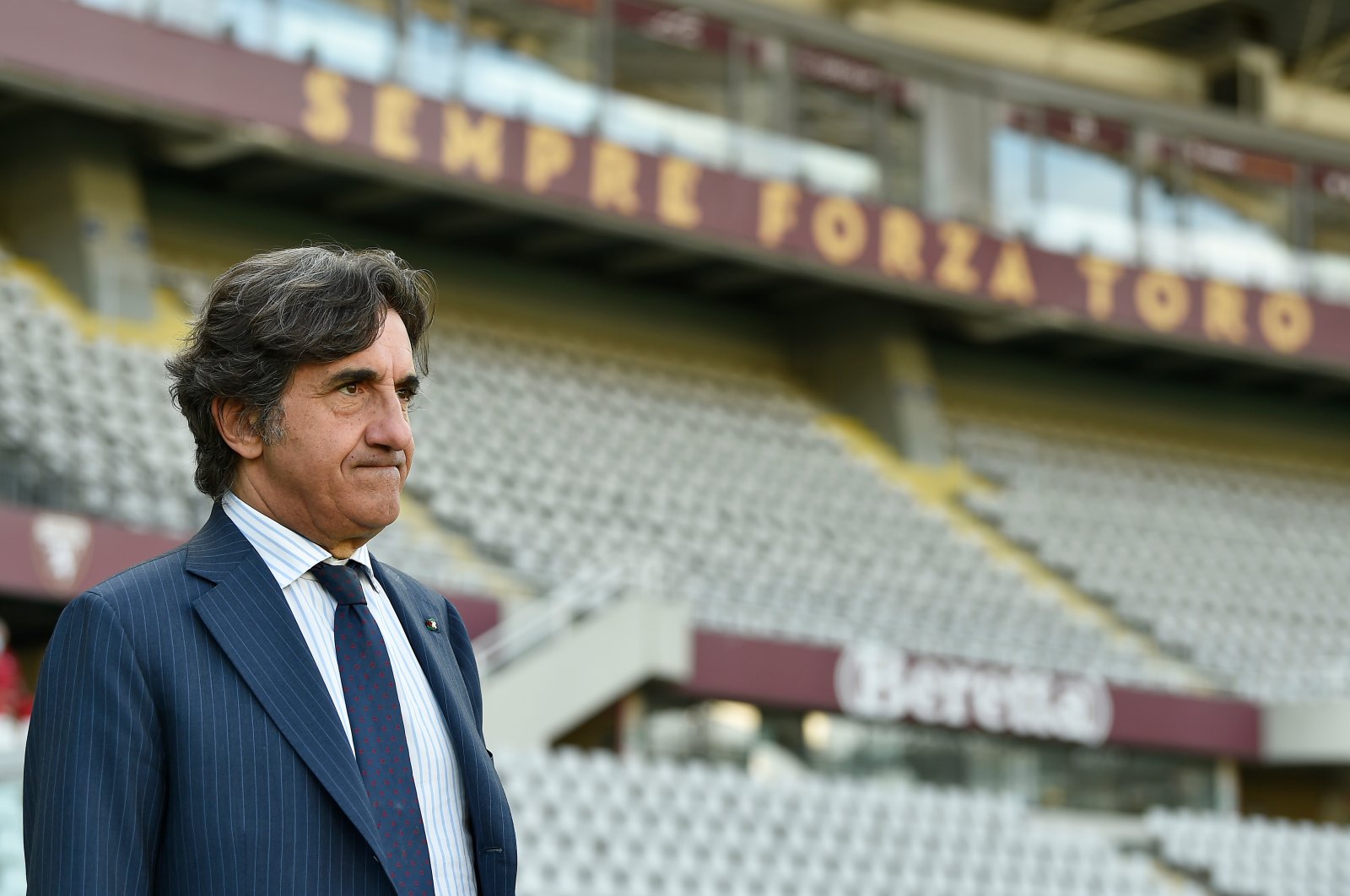 Torino President Urbano Ciaro waits for the kick-off of the Serie A soccer match between Torino and Genoa, at the Olympic Stadium in Turin, Italy, Thursday, July 16, 2020. (Fabio Ferrari/LaPresse via AP)
by French Press Agency - AFP
Jul 16, 2020 9:14 pm

Italian Sports Minister Vincenzo Spadafora on Thursday ruled out a return of football fans to stadiums in Italy before September.

Serie A action kicked off after a three-month coronavirus shutdown behind closed doors on June 20 and will finish on Aug. 2.

"For the reopening of stadiums, we believe we must adhere to the line of caution that has been followed so far," Spadafora said during question time at the Italian parliament.

"We are working hard with the Federation and the League so that in September, at the start of the new championship, there will be a way to reopen facilities and allow tens of thousands of fans to participate."

The Italian league was suspended on March 9 because of the coronavirus pandemic, which has killed over 35,000 in the country.

Italian football chiefs had been working on plans to partially reintroduce supporters while maintaining social distancing.

"It's true that there is a lot of space in the stadiums," said Spadafora, "but it's considered very risky to manage the influx and outflow of a huge number of people with the necessary controls at the entrance."

"With just over two weeks to go until the end of the season, it would be difficult to organize everything," he added.

"My job is to ensure that the conditions are met so that there will be access to stadiums when the next championship resumes, in September."