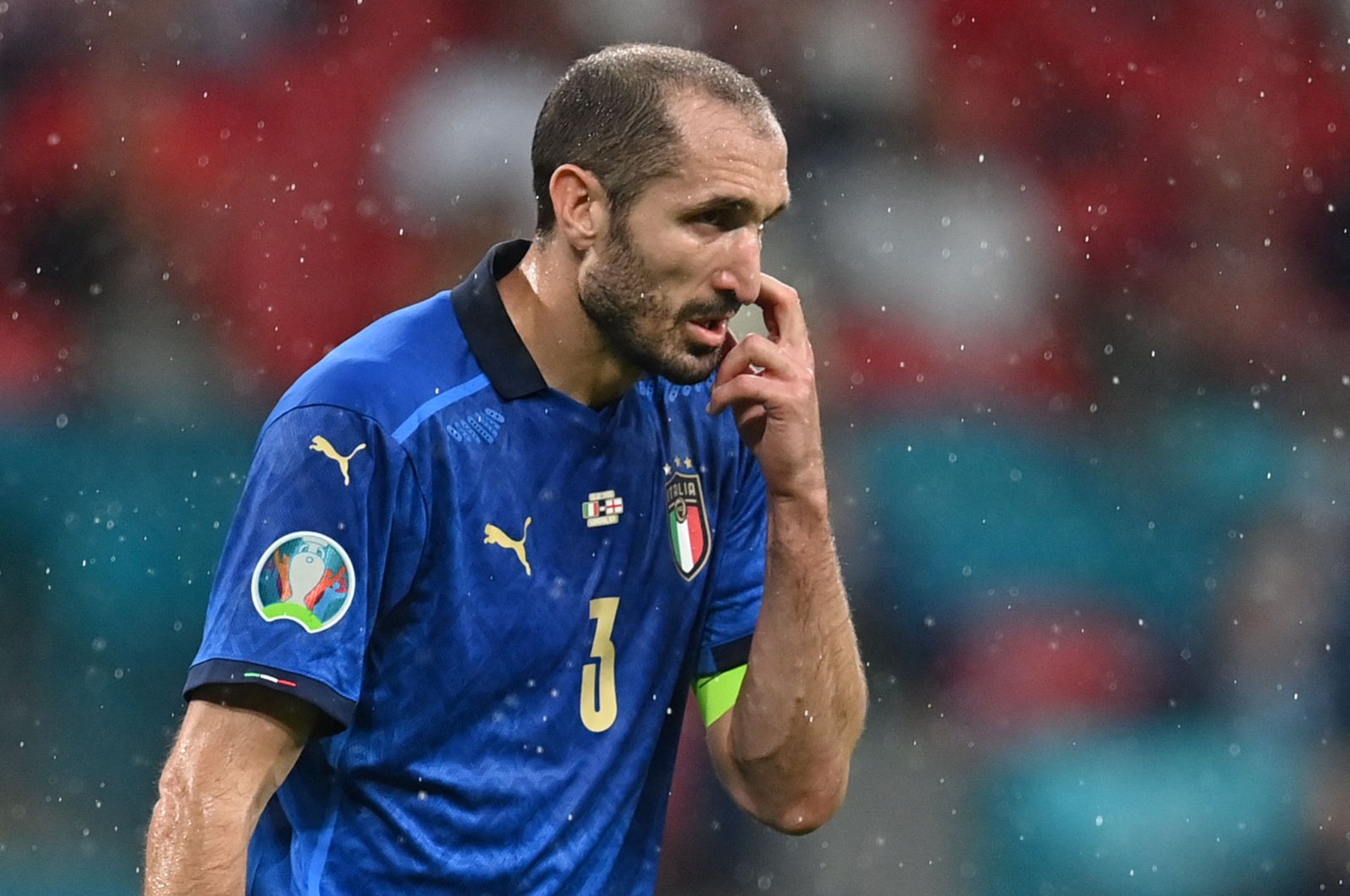 The 36-year-old, who led his country to Euro 2020 triumph, was out of contract after his previous deal with Juve expired at the end of June.

He put pen to paper on a contract that runs until 2023, contrary to initial reports in Italy which said he was prepared to agree to a deal until the 2022 World Cup in Qatar, which takes place in November and December next year.

"Giorgio Chiellini embodies everything that Juventus stands for, and it is through his commitment and excellent displays over the course of last 16 years that has earned him a contract renewal," Juve said.

"There is an overlap in Giorgio's DNA and that of Juve's. He forms a big part of Juve's history, yet also the present and the future," they added.

The announcement of his new contract was expected, with chairman Andrea Agnelli saying last week that the club was waiting for the center back to return from his post-Euro holidays before agreeing on a new deal.

Chiellini began his long Juventus career in 2005 and was a pillar of the team which won nine successive Serie A titles before Inter Milan broke its rivals' run of domestic dominance last season.

Chiellini and his Juve teammate Leonardo Bonucci were central to Italy's success at this summer's Euro, providing the solid basis from which Roberto Mancini's vibrant team flourished.

The Azzurri won the tournament in impressive style, cruising through their group and seeing off the likes of Belgium and Spain in the knockout stages before beating England on penalties in the final at Wembley.

He has played 112 times for his country, finishing runner-up at Euro 2012.