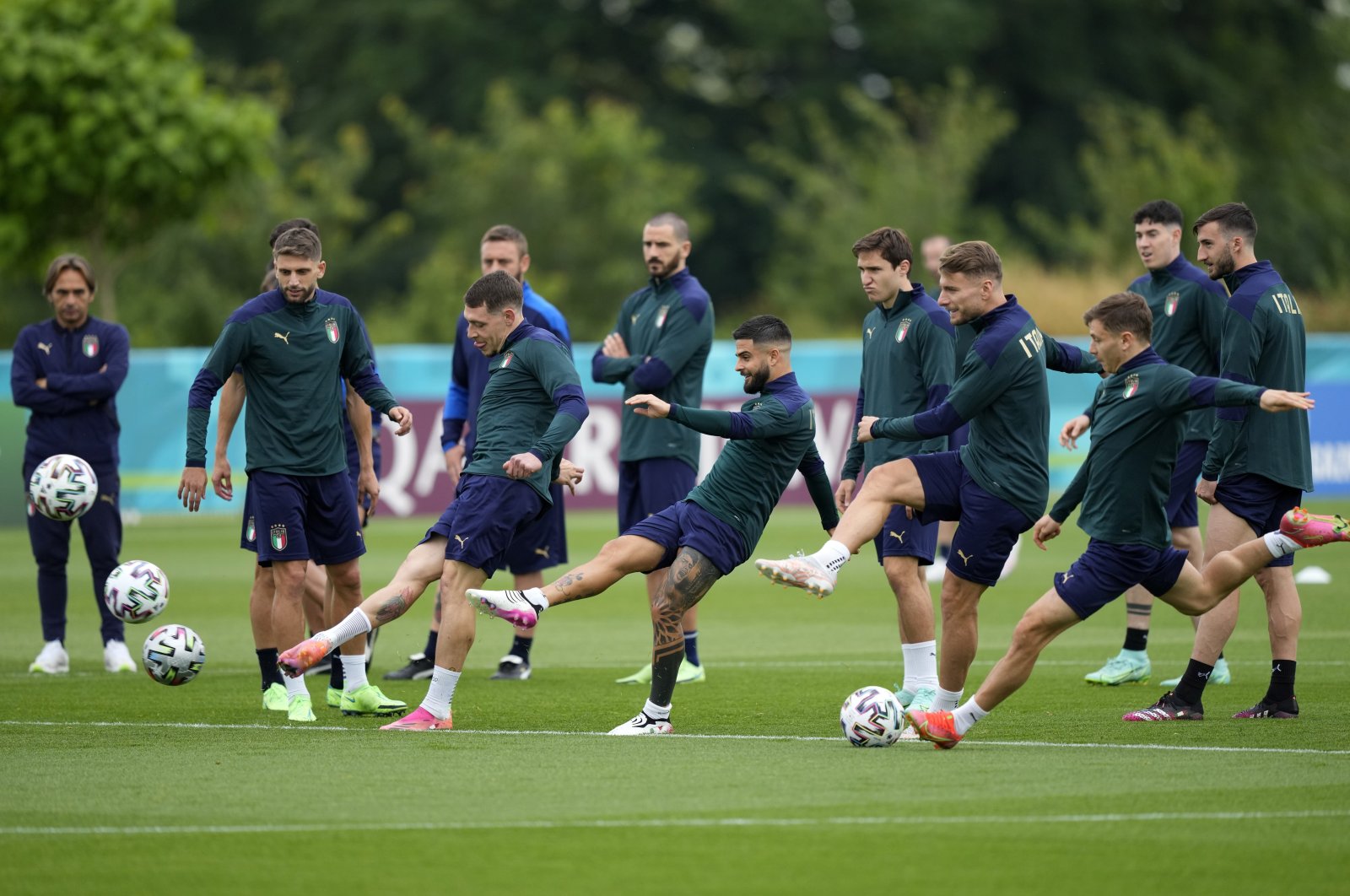 With its World Cup hopes still in the balance, Italy on Friday travels to Switzerland where a win can definitively banish the ghosts of its disastrous 2018 qualifying campaign.

Still on a high from triumph at Euro 2020, Italy lead Group C on goal difference from the Swiss, with the pair battling for a single guaranteed place in next year's tournament in Qatar.

Roberto Mancini took control of the Azzurri in the toxic aftermath of their failure to make the last World Cup in Russia, the first time they had missed out on a place in six decades and is well aware of the significance of making it this time around.

"It's important that we play well because after the Euro it's the biggest match of the year. We know we have to win," said Mancini.

However, Mancini tried to maintain a semblance of calm for a fixture that would put Italy back on football's biggest stage after eight years.

Playoff defeat to Sweden in late 2017 left the country feeling like it was in a footballing black hole, lagging well behind the rest of Europe and no longer a conveyor belt of world-class talent.

Since then the former Inter Milan and Manchester City coach has brought the feel-good factor back to the national team by getting a stylish tune from both a new crop of players and some hardy veterans.

"I don't think we have everything to lose," Mancini said of the pressure to win.

"It's an important match, very important in fact, and it's true that if we win it will open the door to the World Cup, but it's just a game of football."

In the run-up to the match, Mancini lost starting center forward Ciro Immobile to a calf injury, as well as Roma midfielders Lorenzo Pellegrini and Nicolo Zaniolo.

However, the most keenly felt absence will be that of captain Giorgio Chiellini, who failed to recover from a thigh injury in time and left the national team camp Wednesday.

The one good news for Italy is that midfield dynamo Nicola Barella should be fit to play in front of over 50,000 fans at the Stadio Olimpico on Friday.

Barella left the San Siro field in the second half of the weekend's Milan derby with a muscle problem, but on Wednesday trained with the squad.

The Swiss are also missing several key players, with Granit Xhaka and Benfica Haris Seferovic among the big names out.

Coach Murat Yakin is especially irked by the absence of Borussia Monchengladbach forward Breel Embolo, who picked up a thigh injury in Friday's 1-1 draw with Mainz and leaves the Swiss short up front.

"I couldn't believe it, I told myself it couldn't be true, not before such an important match," Yakin told La Regione, an Italian-language Swiss newspaper.

"His injury was the result of his application on the pitch. He is often played out of position but he adapts and always gives his all."

Embolo, 24, has only scored once in the Bundesliga this season but hit a brace in Gladbach's 5-0 cup hammering of Bayern Munich a fortnight ago.

He also starred in Switzerland's most recent qualifiers last month, setting up both goals in a 2-0 win over Northern Ireland and netting twice as the Swiss rolled over Lithuania 4-0.

For Euro 2020 runner-up England, beating Albania at Wembley Stadium on Friday will virtually guarantee a place at the World Cup.

The English are three points clear of Poland, with a superior goal difference, and finish their group-stage campaign at San Marino, which is last in the 210-team FIFA world rankings.

Even a draw would be enough provided Finland fail to win earlier, but otherwise Les Bleus – without the injured Paul Pogba – can wrap up their spot in Qatar when they travel to Helsinki on Tuesday.

Belgium will win Group E by defeating Estonia in Brussels on Saturday, while an unlikely loss could set up a group decider in Wales.