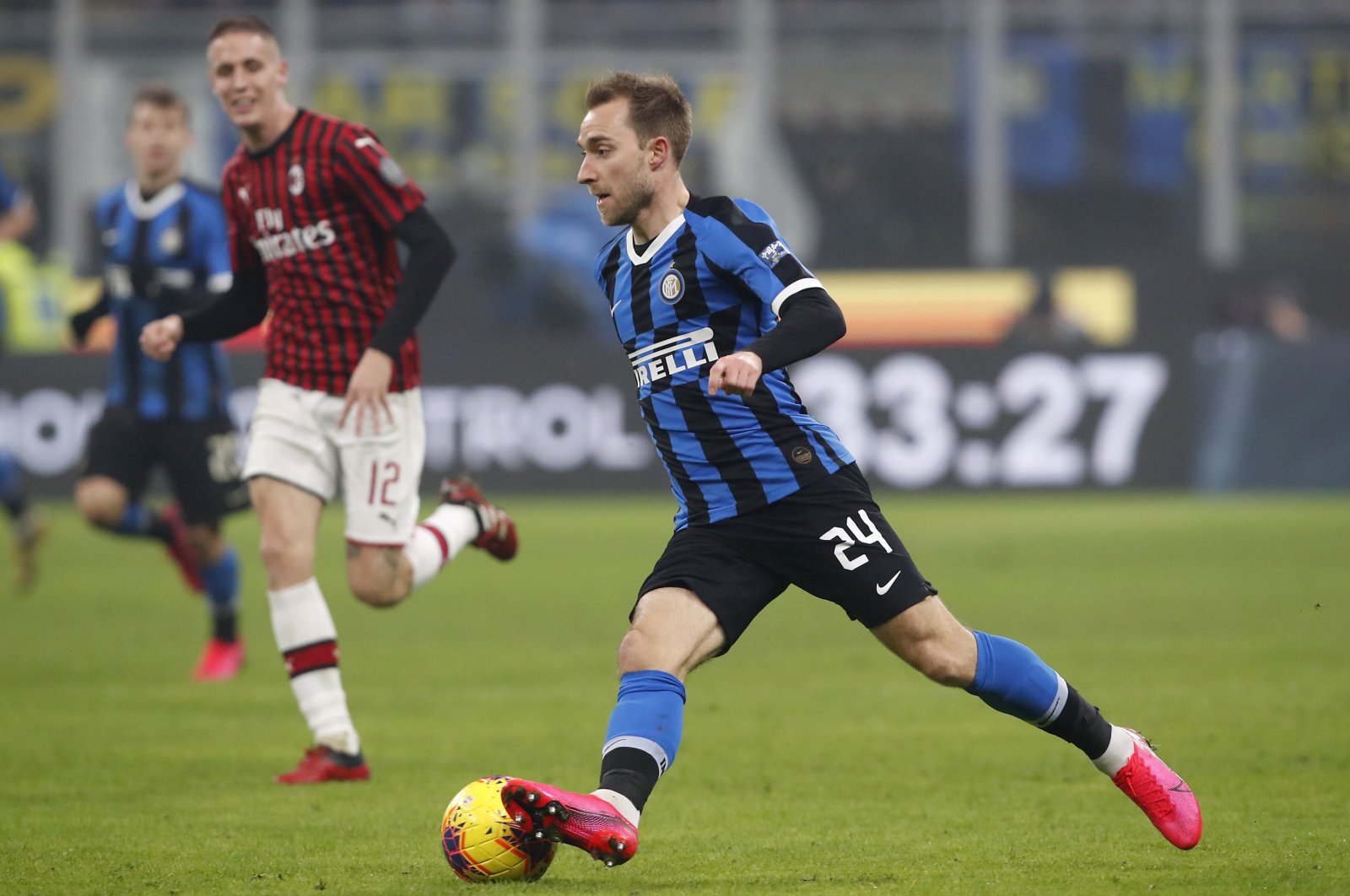 Serie A organizers inched closer to their plans to restart matches as the Italian government allowed teams to start individual training sessions, signaling an ease of restrictions for sports in the country

Italy offered Serie A clubs a glimmer of hope on Sunday after it said footballers could take part in individual training sessions as the strictest coronavirus lockdown measures begin to ease.

The Interior Ministry's go-ahead for players to attend their club's training facilities offered fans in the football-mad country the first sign that the 2019-20 season might yet be saved.

Matches were abandoned on March 9 in the face of a health crisis that has now officially claimed nearly 29,000 lives in Italy and 245,000 worldwide.

Some of the bigger clubs with title aspirations from the less affected regions have been talking about going back to training for weeks.

But Prime Minister Giuseppe Conte only allowed teams to resume organized activities on May 18 – a date that might push back this season's completion into the start of the next.

Several regions that have avoided the worst of the pandemic have taken matters into their own hands and allowed clubs to open their facilities for players to train on their own.

Teams such as Napoli and Parma have followed the lead of Lazio – trailing leaders Juventus by just a point – and gave the nod for players to return.

They insisted that they were not breaking the rules because Conte has allowed all Italians to start exercising in open public places starting Monday.

The Interior Ministry bowed to the seemingly inevitable on Sunday and agreed that teams can open their facilities to players for training.

"Athletes, professional or otherwise, of nonindividual sports are allowed – just as every citizen – to exercise in public or private areas," the ministry said.

But players must "respect social distancing rules of at least 2 meters and the ban on public gatherings."

Italian media read the statement as an encouraging sign for football.

Yet Sports Minister Vincenzo Spadafora has noted that the path for football to return was getting "increasingly narrow."

A previous government decree had kept football training on hold until May 18, but Spadafora had asked a scientific advisory panel if camps could be reopened this week for individual workouts.

The original decree, which permits amateurs to run in parks, had triggered protests from football clubs who were kept waiting as government experts evaluate a safety protocol submitted by the Italian Football Federation (FIGC).

Spadafora, and some in the government scientific committee and a minority of clubs, have however said that risk of contagion remains high in a team sport like football and that the season would be canceled if no agreement on the FIGC sanitary protocol is reached.

And league President Paolo Dal Pino said Serie A "will comply" should Conte decide that it was simply too dangerous to complete the campaign.

The teams themselves seem hopelessly divided about what they should do.

Those that play in northern regions that were hardest hit by the virus have voiced the gravest concern.

Brescia President Massimo Cellino – whose team is based at the very heart of the outbreak – said in March that he would rather forfeit games than play in a "plague."

The 63-year-old revealed that he had tested positive for the virus a few weeks later.

"It would be unfortunate if some teams can start again and others cannot," Fiorentina coach Beppe Iachini said Saturday.

"I think teams like Atalanta, Milan, Inter, Juve and Turino have had more problems than the others," he said of the main northern clubs.

"If we do start, we have to do it all together."