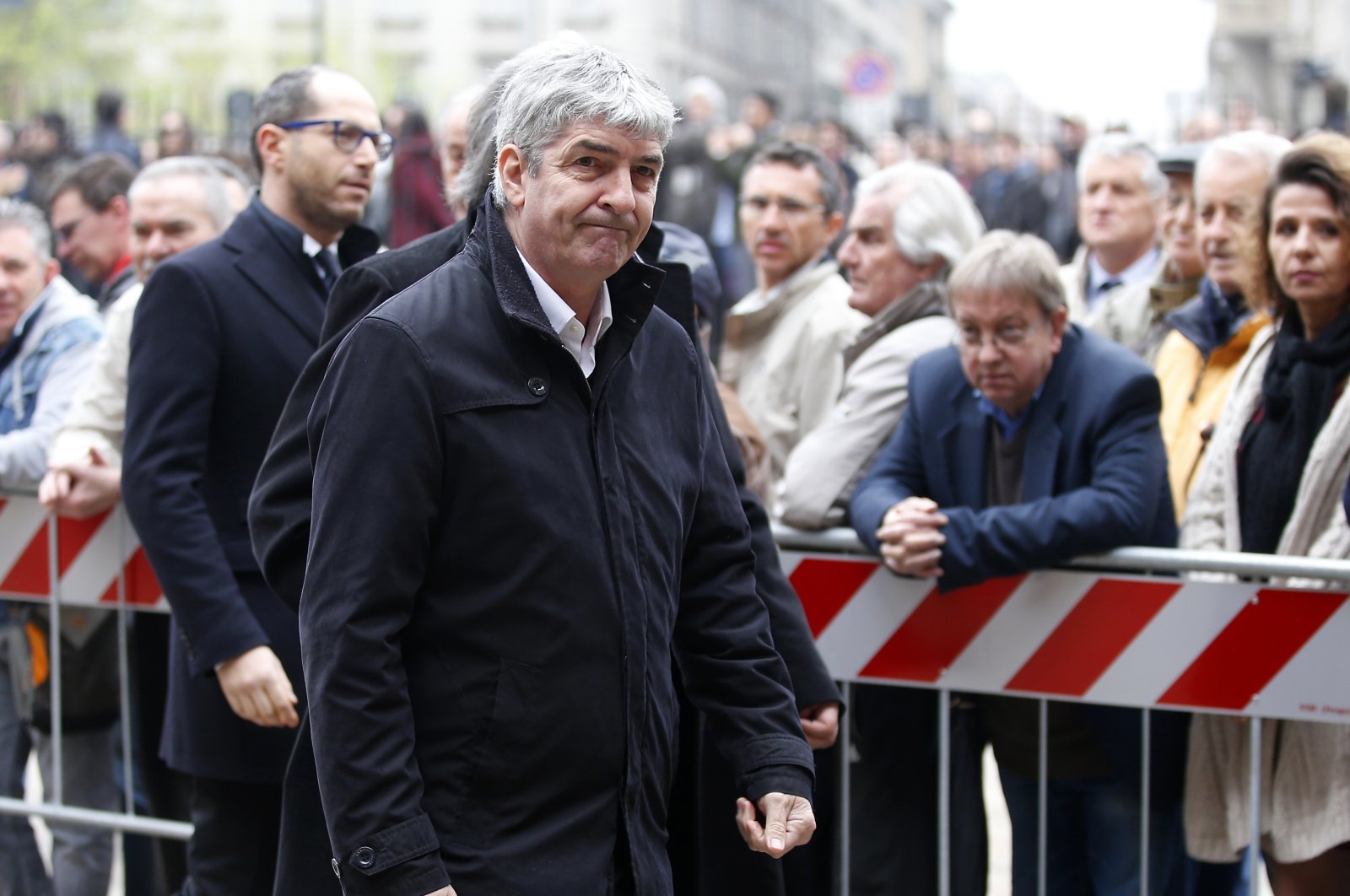 Football legend Paolo Rossi, who led Italy to World Cup glory in 1982, has died aged 64, his wife said in the early hours of Thursday.

Rossi's wife Federica Cappelletti announced the death with a post on Instagram alongside a photo of the couple, accompanied by the comment "Forever," followed by a heart.

The celebrated striker's death comes with the football world still in mourning for Argentina icon Diego Maradona, who passed away late last month.

Italian TV channel RAI Sport, where Rossi had been working as a pundit, said Thursday Rossi had died of an "incurable disease."

Tributes were paid to “Pablito,” the star who was banned for three years for his part in a betting scandal but returned to win the World Cup in Spain and the Ballon d'Or the same year.

Despite breaking in the early hours, Italian media splashed with the news, while social media lit up with tributes and "Paolo Rossi" was Italy's No. 1 trending search item.

"Football and Italy mourns Paolo Rossi," headlined the Gazzetta dello Sport, as La Stampa called him the "hero of Spain '82."

Rossi won the hearts of Italian fans during the summer of 1982, when his goals dragged Enzo Bearzot's Azzurri to a third world title.

Italy started the tournament with three uninspiring draws before they came to life and marched to the title.

But Italy's sporting icon almost missed out on the tournament.

He was caught up in a bribery scandal and banned for three years in 1980, but after continually protesting his innocence was cleared to play after two.

A slight and sprightly winger who converted to center-forward, Rossi had an uncanny ability to be in the right place at the right time.

He exploded onto the stage of the 1982 tournament with a hat trick in the 3-2 defeat of Brazil.

In the semifinals, he scored both goals as Italy beat Poland 2-0, and he hit the opener in the 3-1 win over West Germany in the final.

Rossi finished top scorer in the tournament with six goals.

He was also a member of the Italy side that finished fourth in Argentina in 1978.

Along with Christian Vieri and Roberto Baggio, he holds the Italian record for nine goals scored in the World Cup.

He scored 20 goals in 48 appearances for Italy and was voted European Footballer of the Year in 1982.

Born in Prato in Tuscany, Rossi made his professional debut at Juventus in 1973, but his initial two-year spell at the Turin club was blighted by knee injuries.

His first club successes were with Vicenza where he was the top scorer in Serie B with 21 goals in the 1976-1977 season, and helped the club into the top flight.

The following season Vicenza challenged Juventus for the league title, and Rossi finished the season as top Serie A scorer with 24 goals.

He spent another season with Vicenza but following relegation he left for a loan spell at Perugia, becoming embroiled in the 1980 match-fixing scandal known in Italy as Totonero.

As a result, Rossi missed out on the 1980 European Championship, where Italy finished fourth on home soil.

After his suspension Rossi returned to Juventus, and the 1983-1984 season was his most successful at club level.

He formed a formidable partnership with Michel Platini and Zbigniew Boniek and accumulated trophies – two Serie A, the Italian Cup, Cup of Cups and European Supercup.

In 1985, Juventus won the European Cup amid the tragedy of the Heysel Stadium final, where 39 fans were killed, which was to be Rossi's last match with the Bianconeri.

He went to rival AC Milan for an unsuccessful season which was overshadowed by injury, as was his final season at Hellas Verona.

After his career as a footballer, Rossi worked as a TV pundit. He is survived by his wife and three children.