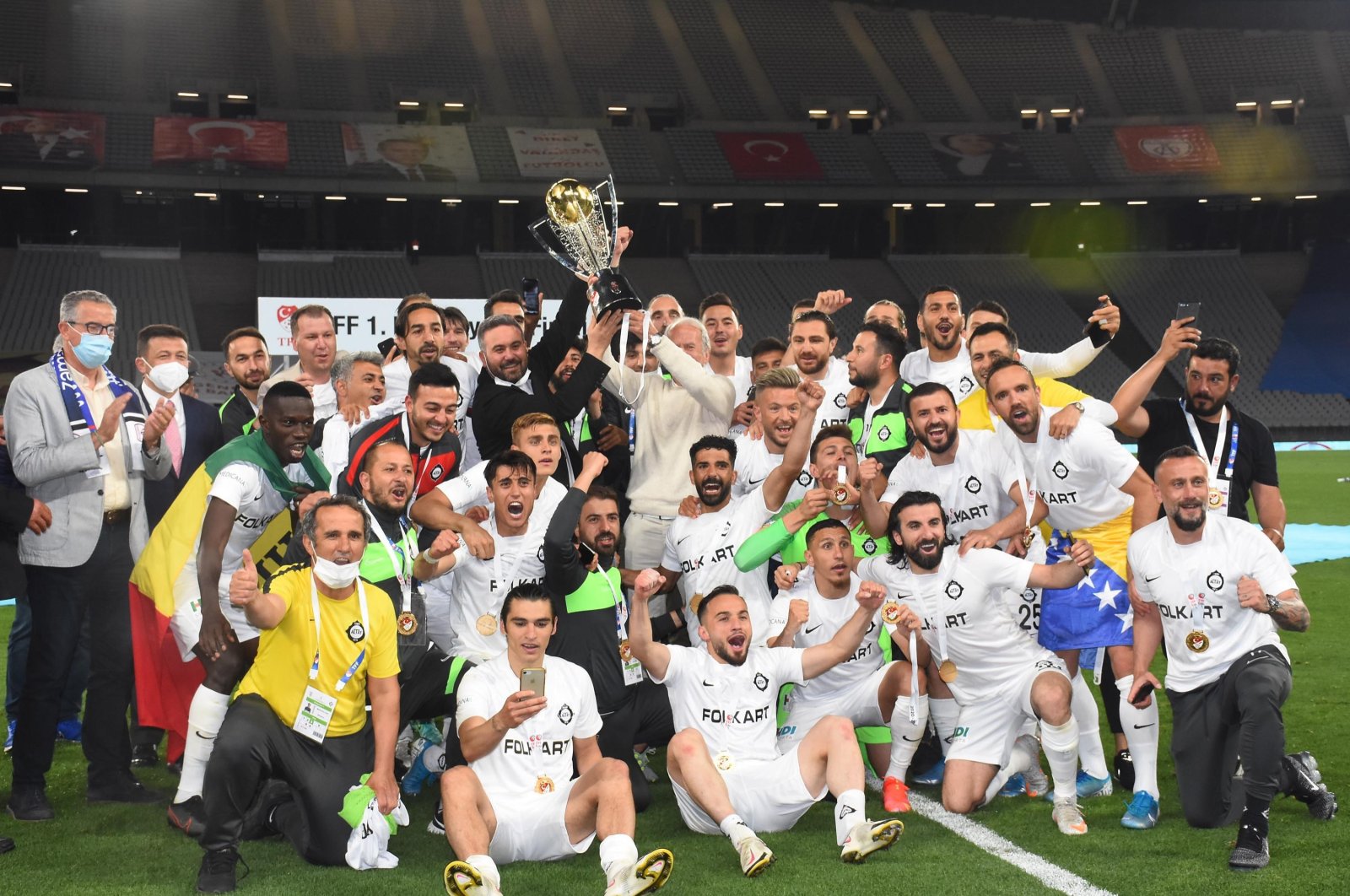 Altay players celebrate with the trophy after securing promotion to the Turkish Süper at the Atatürk Olympic Stadium in Istanbul, Turkey, May 26, 2021. (DHA Photo)
by Daily Sabah with Agencies May 26, 2021 10:01 pm
RECOMMENDED

Gençlerbirliği, Yukatel Denizlispor, MKE Ankaragücü and Büyükşehir Belediye Erzurumspor were relegated from the Süper Lig and will play in the TFF 1. Lig next season.

Altay had eliminated Istanbulspor in the semifinal on Saturday. The Izmir club, already having won the home game 3-2, also managed to defeat its opponent in the return leg in Istanbul.

Altınordu, on the other hand, managed to advance to the final by drawing 2-2 against Yılport Samsunspor in its namesake Black Sea province. The Izmir club previously defeated Samsunspor 1-0 in its home ground and thus advanced to the final.

Both clubs are well-known in the Turkish football scene. Founded in 1914, Altay is among the pioneering football clubs in the country and is based in Izmir's cosmopolitan Alsancak quarter.

Altınordu was founded in 1923 as a splinter club from Altay. It regularly competed in the top division in the 1960s, but its last top division participation was in 1970.

However, Altınordu has transformed itself over a decade and currently boasts one of the best youth development systems and facilities in the country, raising the likes of AS Roma midfielder Cengiz Ünder and Leicester defender Çağlar Söyüncü.