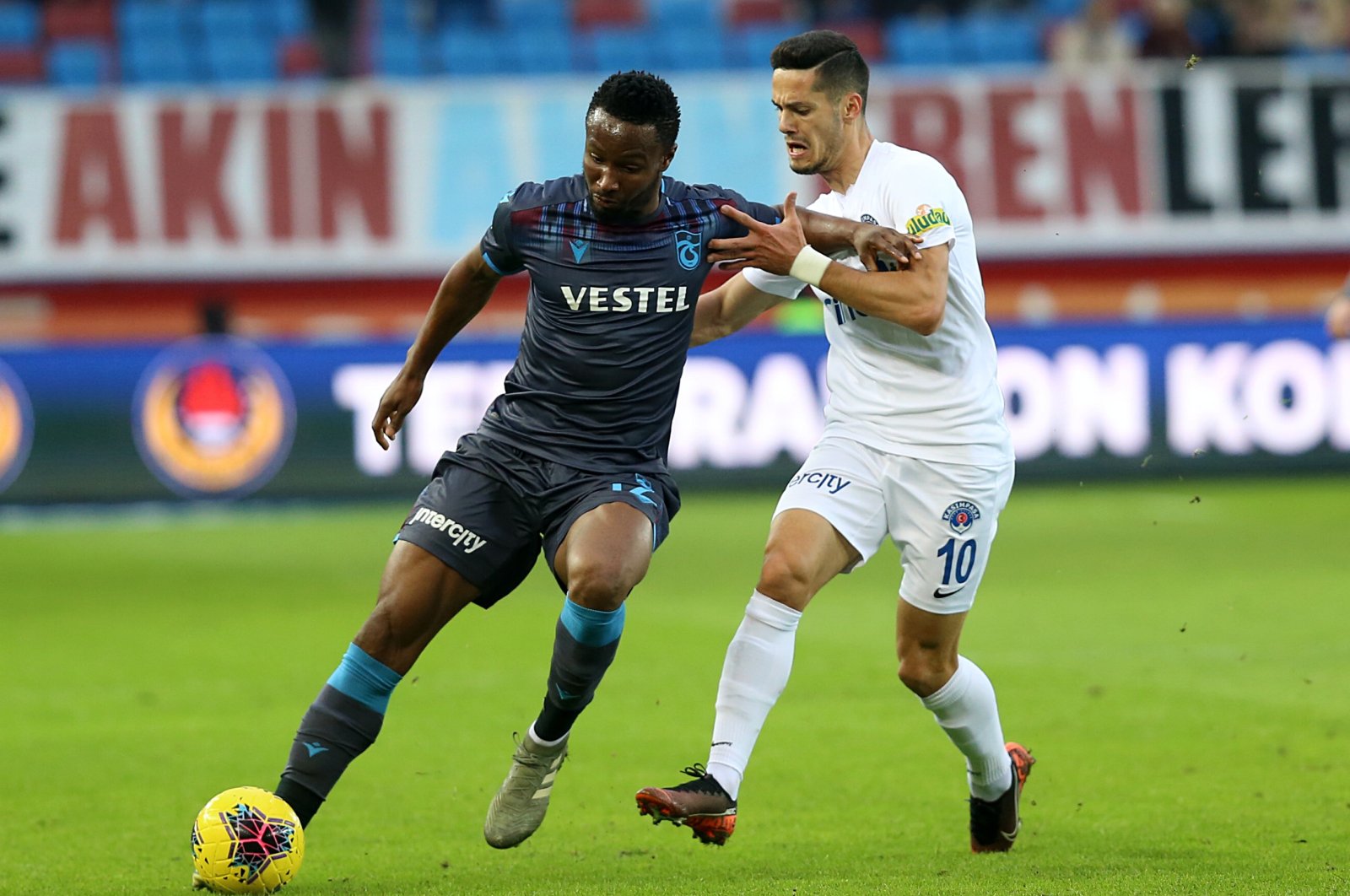 John Obi Mikel has left Turkish side Trabzonspor days after the former Chelsea midfielder said he did not feel comfortable with top-flight games in the country being played in light of the coronavirus pandemic.

The Süper Lig club confirmed in a statement on Tuesday that the Nigerian, who joined last year and had a contract until May 2021, had left by mutual consent.

"There is more to life than football," the 32-year-old said on Instagram on Saturday.

"I do not feel comfortable and don't want to play football in this situation. Everyone should be home with their families and loved ones in this critical time.”

"The season should be canceled as the world is facing such turbulent times," he said.

The five biggest leagues in Europe – in England, Spain, Germany, Italy and France – as well as the Champions League and Europa League, have all been suspended, yet Turkish league games are going ahead without fans present.

While several Turkish clubs have voiced concerns about matches being played, Turkish Football Federation President Nihat Özdemir on Tuesday said the decision was made to proceed after consulting with various organizations.

The flu-like virus, which has infected over 190,000 people and killed more than 7,500 around the world, has also forced the postponement of the Euro 2020 and Copa America. It has also affected a host of other international events.