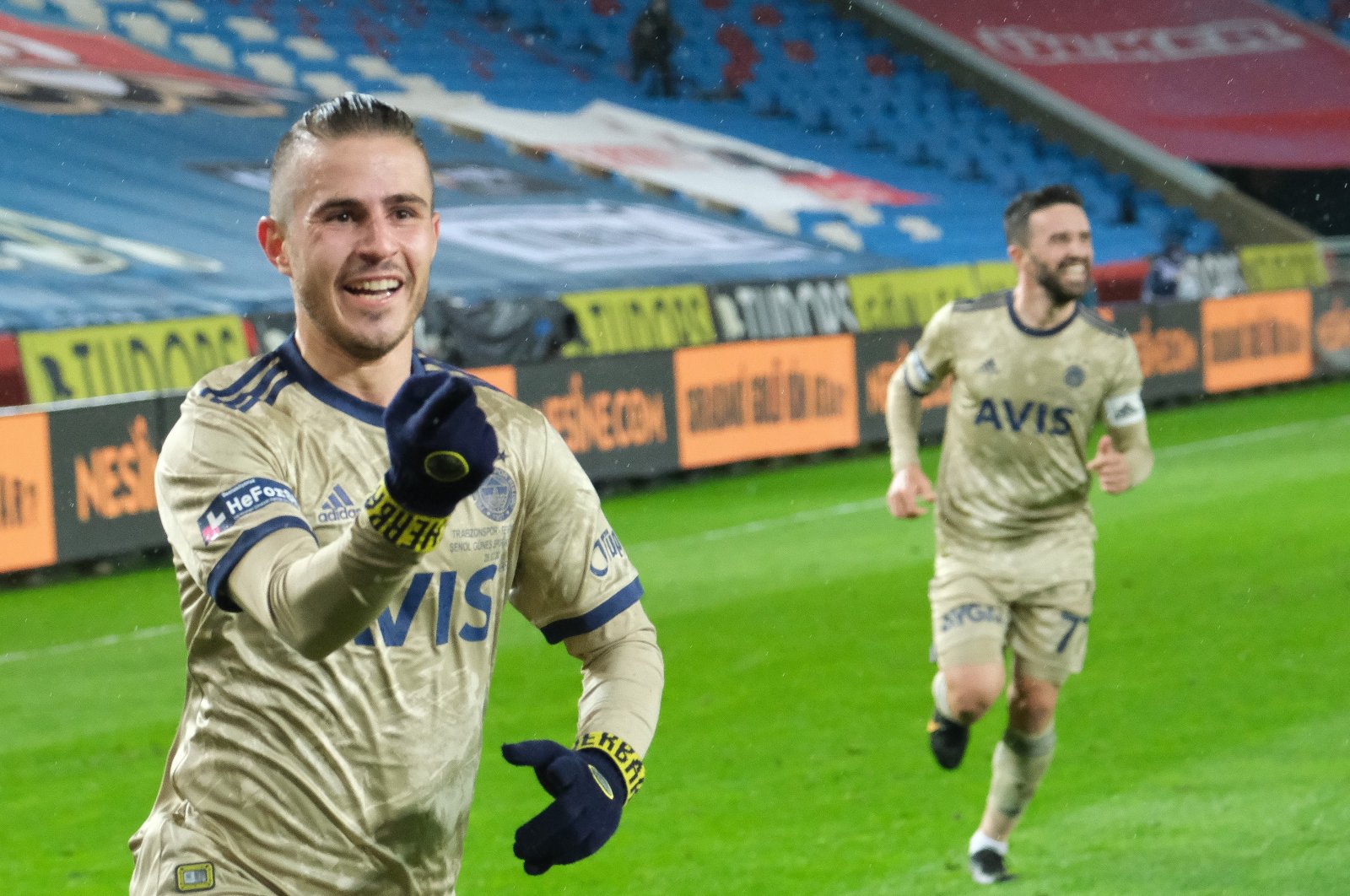 In probably the most crucial game of the season for manager Erol Bulut, Fenerbahçe defeated Trabzonspor with a screamer from Dimitris Pelkas. I think the sigh of relief and the sheer joy for the Fenerbahçe bench in the 76th minute was felt by everyone watching the game. Knowing very well that this could be the end for Bulut if Fenerbahçe cannot win. So he bit the bullet and started the game with an extremely offensive eleven. This must have startled manager Abdullah Avcı that Trabzonspor was only able to repel Fenerbahçe attacks around its penalty box.

However, when fatigue kicked in and the initial Fenerbahçe waves ended, the game finally returned to normalcy for Trabzonspor around the 35th minute. Nevertheless, to my very surprise, even against a very tired Fenerbahçe, Trabzonspor did not even dare to use the soft midfield of its opponent. Hence, the game slowly transformed into a very predictable one with only individual efforts making a difference. Trabzonspor winger Nwakaeme missed a good chance, while Fenerbahçe winger Pelkas sealed the game for his team.

I was expecting Trabzonspor and Avcı to play a different game than what they used to play, but I did not expect it to happen this way. I thought Avcı and Trabzonspor could be provoked to attack more, like in the final minutes of the game, so that the opponent's defensive stability collapses.

Nevertheless, Bulut’s daring game made Avcı so cautious that Trabzonspor was thrown into the complete opposite end of my expectations. A complete juggernaut around the penalty box, but nothing more. In the end, it was a deserved win for Fenerbahçe, and Bulut managed to throw his team back into the championship race, while kicking Trabzonspor out.

This means that for the first time in several years, we will witness a championship race purely among the Big Three, the Istanbul elites, the invincibles of Turkish football: Galatasaray, Beşiktaş and Fenerbahçe. In the last decade, there has always been an outsider in the competition, be it Başakşehir, Bursaspor, Sivasspor and even Trabzonspor, despite its clear difference from other Anatolian teams.

Now, at the peak of the competitiveness of the Süper Lig, as if it is a sinister joke, the Big Three returns to the stage. Do not get me wrong, the upper-mid and mid-table of the Süper Lig is more colorful than ever and I am sure the teams like Alanyaspor, Hatayspor and Gaziantep FK have contributed a lot to the quality of the Big Three by increasing the competition. However, this does not change the fact that the Big Three have established their dominance once again in Turkish football.

Although there are 14 more weeks to go, Trabzonspor's knockout has left the Big Three completely alone in the race. Surely their performance against the "ordinary people" in the league will be the determining factor, rather than derbies. Whoever can reach mid-May in the most favorable condition will probably win the league.