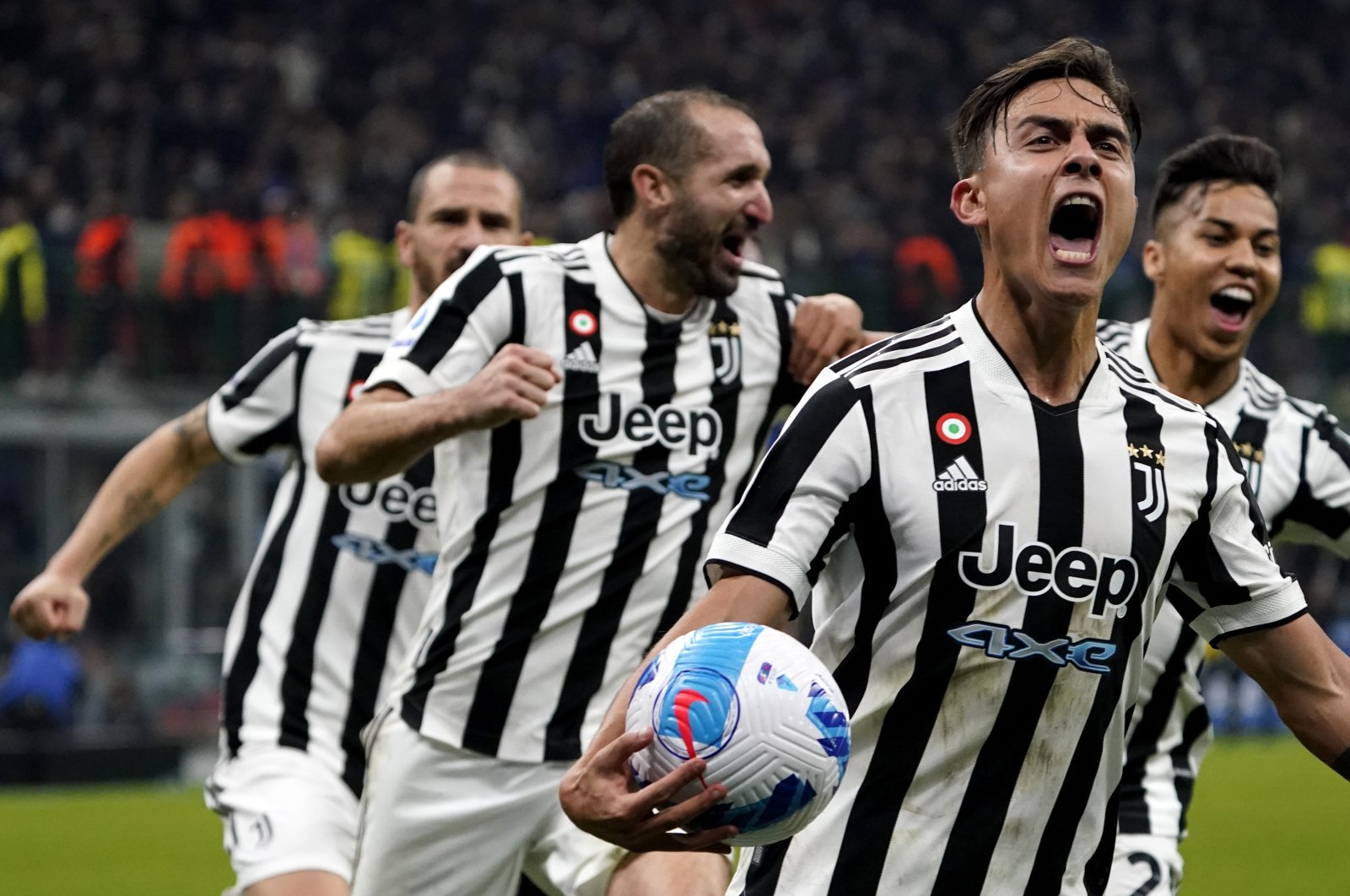 An under-pressure Juventus salvaged a point against Inter Milan with a controversial late penalty in a 1-1 stalemate, while Roma ended Napoli's perfect start to the season with a goalless draw on Sunday.

Argentina forward Paulo Dybala slotted home his spot-kick with a minute left after Denzel Dumfries was ruled to have kicked Alex Sandro as he tried to clear the ball, a decision that enraged Inter to the point that coach Simone Inzaghi was sent off by referee Maurizio Mariani.

His leveler came in his first appearance after a month out with a thigh injury, the 27-year-old coming on as a substitute in the 63rd minute.

"We were up against a very good team and given the way the game was going, we're happy with the point," Dybala said to DAZN.

Juve is up to sixth on 15 points, level with Atalanta and Fiorentina, while champion Inter is seven points behind Napoli and city rivals AC Milan in third place.

Inter thought it had won the match thanks to a goal from Edin Dzeko, who rolled into an empty net in the 17th minute after Turkish midfielder Hakan Çalhanoğlu's rocket of a shot rebounded to him off the crossbar.

It was another important goal from Dzeko, who also starred in Inter's 3-1 Champions League win over Sheriff Tiraspol midweek and has quickly become a fan favorite at the San Siro after arriving from Roma in the summer.

Juve was fortunate to get a point, not only because of the way the penalty came about but because of another underwhelming display.

Massimiliano Allegri's side offered little in the way of goal threat even after the introduction of Federico Chiesa and Dybala just after the hour mark.

Inter, meanwhile, was livid at being denied a win in what is traditionally its biggest domestic home match of the season thanks to what it saw as a very soft penalty.

"That was the only way we were going to concede a goal ... we ran the game from start to finish, we gave them nothing," said Inzaghi to DAZN.

"I'm not happy because the referee is 2 meters away, says everything is fine and then is called (by VAR) ... we deserved more."

Both sides will be ruing missed chances which could have decided a tight, at times bad-tempered, match between two rivals in which both coaches were sent off.

Roma boss Jose Mourinho was sent to the stands for dissent with nine minutes left while an incredulous Luciano Spalletti was shown a red card after the final whistle for what referee Davide Massa thought was sarcastic applause.

It was a decent result for Roma, who needed a good showing following their 6-1 humiliation at the hands of Norwegian outfit Bodo/Glimt in midweek.

"It's a good point, we came here knowing Roma wanted to react after Thursday's defeat and had their fans behind them," Kalidou Koulibaly said to DAZN.

Simeone, the son of former Lazio player and long-time Atletico Madrid coach Diego, struck twice in each half to sink Maurizio Sarri's side, who briefly threatened when Ciro Immobile halved the deficit seconds after the break.

Verona moves up to 11th on 11 points after starting the day hovering above the drop zone, while Lazio drops to eighth.

Sarri had selected the great-grandson of the Italian dictator, Benito Mussolini, in his squad for the match, but did not play him.

Defender Romano Floriani Mussolini, 18, came through the youth ranks at the club after previously playing for its local rival Roma.

Fiorentina, meanwhile, is seventh after its 3-0 stroll past struggling Cagliari, while Atalanta drew 1-1 at home with Udinese in the day's early match.