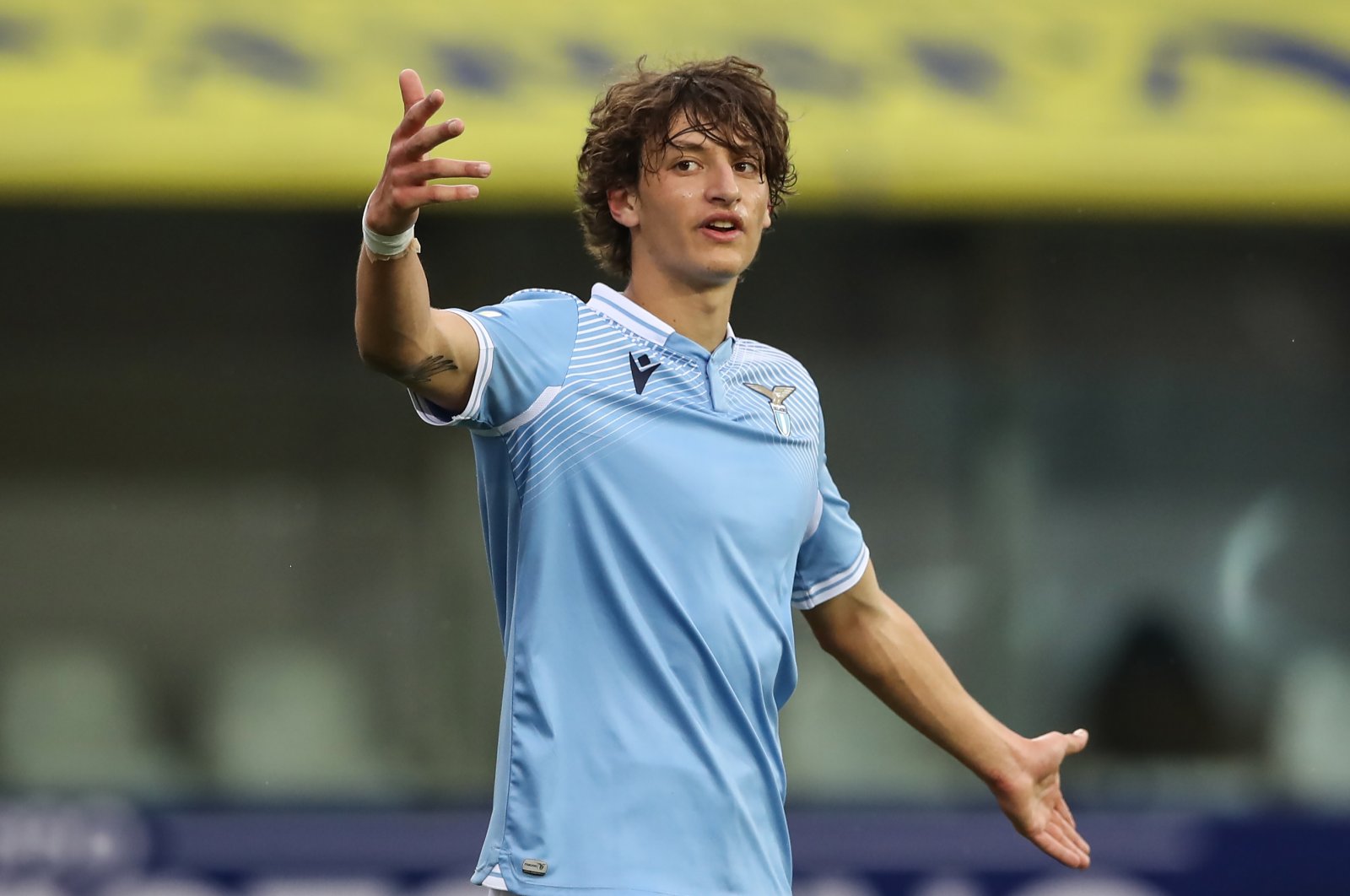 Romano Floriani Mussolini, the great-grandson of Italian fascist dictator Benito Mussolini, was named in the Serie A side Lazio's squad for the first time Sunday.

Lazio, which has a long history of racist, xenophobic and pro-fascist incidents, faces Verona, another club with notoriously far-right supporter groups.

Floriani Mussolini, who signed his first professional contract with Lazio in March, was selected by coach Maurizio Sarri in his 23-man squad for the match at the Stadio Bentegodi.

The 18-year-old, a right-sided defender or midfielder, came through the youth ranks at Lazio after previously playing for its local rival Roma, and was named in the squad as "Floriani M.".

He is the son of Alessandra Mussolini, a former European lawmaker for Silvio Berlusconi's Forza Italia party, but has said he has no interest in politics.

The news of Mussolini's rise to the first team comes after Juan Bernabe, the handler of the club's eagle mascot, was filmed making fascist salutes and chanting "Duce, Duce" at the end of last weekend's win over Inter Milan.

Bernabe then gave an interview with Rome-based daily Il Messaggero in which he said he was a supporter of far-right party Vox in his native Spain.

He also said he was "proud" to say he admired Benito Mussolini, who founded the National Fascist Party and ruled Italy from 1922 to 1943 before being killed near Lake Como by Italian partisans in 1945.

Fascist fan groups are common across Italy, but Lazio's hardcore supporters have a connection to the extreme right that stretches back to at least the 1970s.

Its historic ultras group, the "Irriducibili," had friendly relations with its equally right-wing counterparts at Inter and Verona.

Verona fans have aimed monkey chants at former Italy striker Mario Balotelli and AC Milan midfielder Franck Kessie, hung swastikas in the stands at the Bentegodi and in one bizarre incident in 2014 parked cars at a party for fans in such a way so that they made the shape of the Nazi symbol.

Some 20 years ago former club president Giambattista Pastorello said he wouldn't sign a black player for the club because of the likely reaction from supporters.

Five years before that an effigy of black Dutchman Maickel Ferrier had been hung from the stands by fans wearing Ku Klux Klan hoods in protest at his potential – and subsequently aborted – signing for the club.