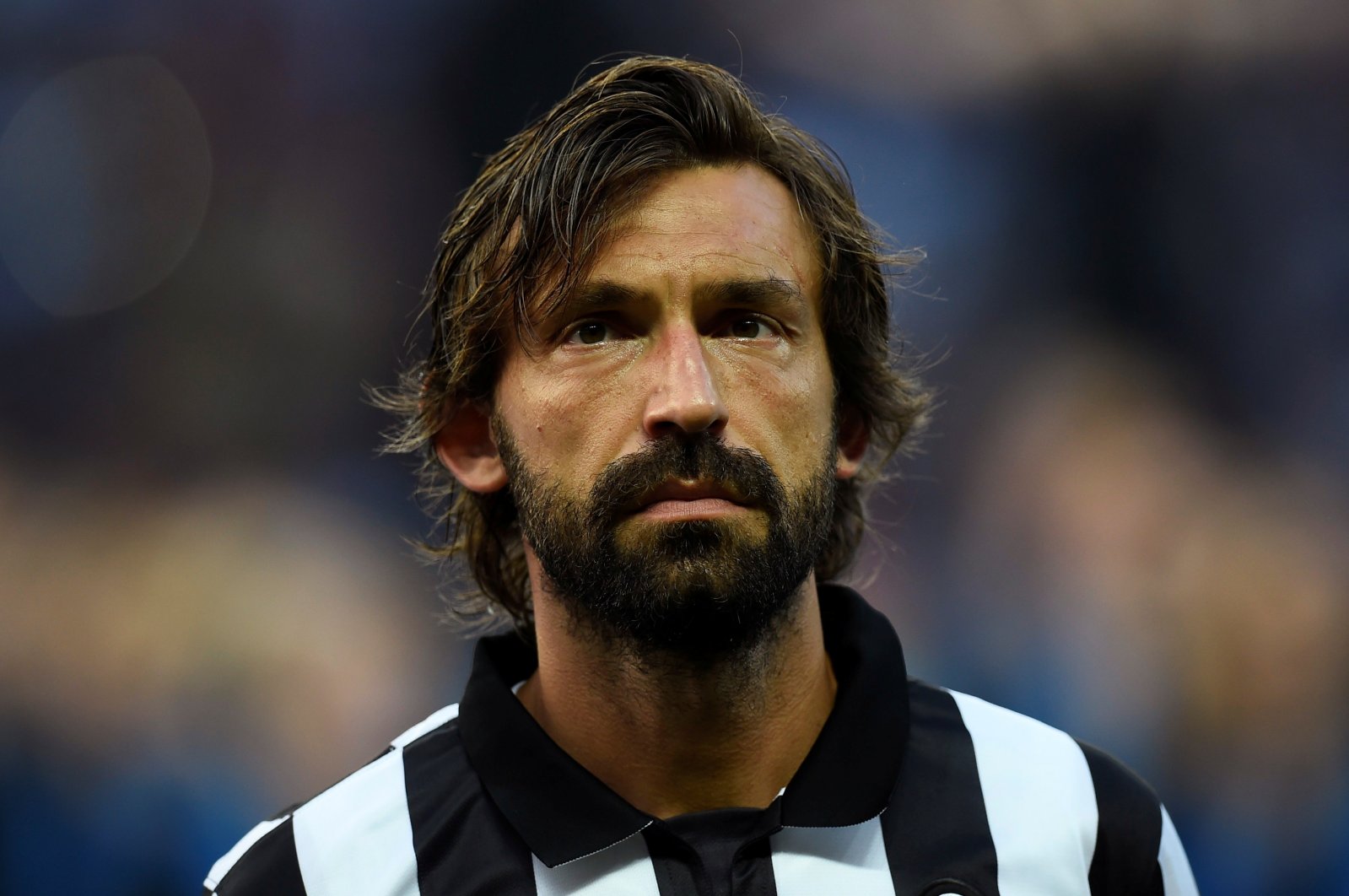 Pirlo, 41, has been promoted to the senior role only one week after being named as coach of Juve's under-23 side and without taking charge of a match.

"Today's choice is based on the belief that Pirlo has what it takes to lead from his debut on the bench an expert and talented squad to pursue new successes," Juve said in a statement.

Pirlo played for Inter Milan, AC Milan, Juventus and New York City in his remarkable career and was a World Cup winner with Italy in 2006.

Despite Cristiano Ronaldo's double in a 2-1 home win on Friday, Juve fell 2-2 on aggregate to the French club, ending their quest for a title they last won in 1996.

"Maurizio Sarri has been relieved of his post as coach of the first team," the nine-time reigning Serie A champions said in a statement.

Sarri, 61, had replaced Massimiliano Allegri last summer, after leading Chelsea to success in the Europa League.

"The club would like to thank the coach for having written a new page in Juventus' history with the victory of the ninth-consecutive championship, the culmination of a personal journey that led him to climb all the divisions of Italian football," the team said.

The "Scudetto" was the first league title for Sarri in his 30-year coaching career, extending a record run in Turin which Antonio Conte started with three titles from 2012 and Allegri continued with the following five.

But the former Napoli boss paid for the club's failure on the European stage.

Club president Andrea Agnelli's words were not reassuring after Juve fell in the last 16 for the first time since 2016.

"We need a cold and lucid analysis," said Agnelli, "knowing that in a few weeks we will start from scratch and we will have to do it with the same enthusiasm and desire to win.

"The Champions League, it was a dream before, now it's a goal and going out like this is disappointing for us, for the players and for the fans."

Sarri failed to produce the style revolution hoped for in a season overshadowed by a three-month coronavirus lockdown.

Juve was rarely brilliant and often disappointing, losing in two finals, the Italian Cup and the Italian Super Cup.

They won just two of their final eight league games.

"Sarrism" or "Sarriball," that fast-paced, eye-catching style of football with which he made his name at Napoli, and which Juve bosses craved in Turin, was only seen in flashes this season.

Although Sarri gave the team orders, he adapted to Juve and five-time Ballon d'Or winner Ronaldo, who scored 37 goals for in total in the 2019-20 season, breaking the club's record for most goals in a single season.

"I have to adapt to the characteristics of the players, you can't ask for 25 purchases. Otherwise, I might as well just train myself," said Sarri.

During three seasons with Napoli, he turned them into title contenders but they finished second twice and third once behind Juve before he left for England in 2018.

Chelsea was the only time Sarri has coached outside of Italy but although he won the 2019 Europa League he failed to win over the club's fans during his single season in charge.

But his campaign in Turin was judged by the outfit's quest for a third European crown, having finished runners-up no fewer than five times since last winning in 1996.