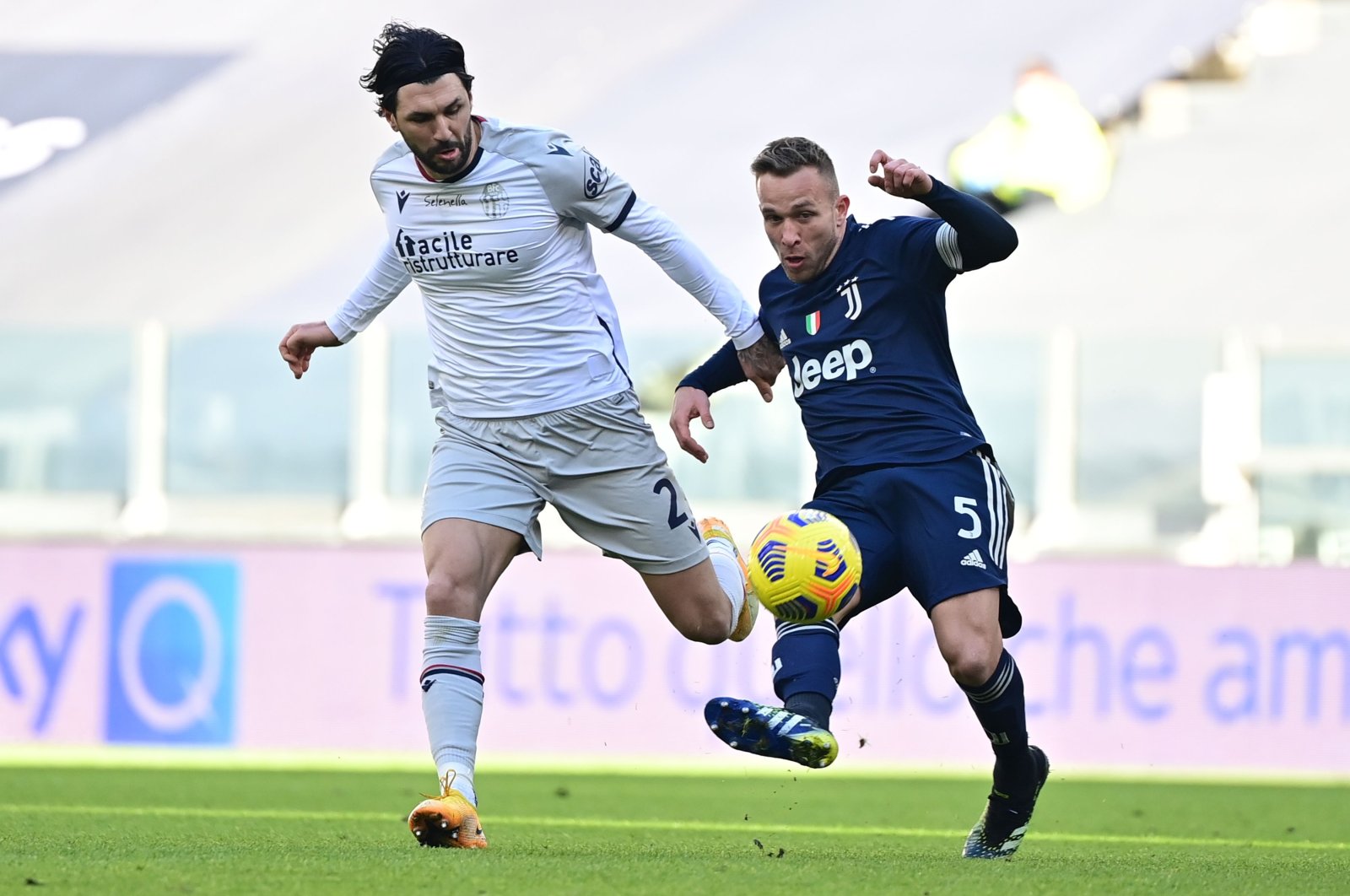 Brazilian midfielder Arthur scored his first goal for champions Juventus in a 2-0 win over Bologna on Sunday to pile the pressure on the Milan teams.

Andrea Pirlo's side bounced back from last weekend's 2-0 league defeat by Inter Milan and followed on from its morale-boosting Italian Super Cup triumph over Napoli midweek.

AC Milan held the top spot in Serie A on Saturday despite falling 3-0 at home against Atalanta after second-placed Inter was held to a goalless draw at Udinese.

Roma is third after a 4-3 win over Spezia on Saturday with Juventus moving fourth ahead of Atalanta into the Champions League berths, seven points behind AC Milan with a game in hand.

Juventus dominated 13th-placed Bologna in Turin with Arthur breaking through after a quarter of an hour with a shot that took a big deflection off Bologna defender Jerdy Schouten.

It was the first goal for the ex-Barcelona player in 19 appearances since joining Juventus last summer from the Liga side in a transfer worth up to 82 million euros ($99 million).

U.S. midfielder Weston McKennie got the second on 71 minutes nodding in off a corner.

Bologna could have suffered more if not for goalkeeper Łukasz Skorupski.

The Pole kept out a quick-fire double in the first half from Cristiano Ronaldo and Federico Bernardeschi off the rebound.

Juan Cuadrado sent over after half an hour with Skorupski getting a hand to a Weston McKennie effort three minutes before the break.

Dutch defender Matthijs de Ligt returned from recovering from the coronavirus, coming off the bench for the last quarter of an hour.

As Juventus pushed for a third, Skorupski denied two more off Adrien Rabiot and Ronaldo in the final minutes.

Napoli can overtake Juventus when it plays at Hellas Verona later Sunday.

Nigerian striker Victor Osimhen returns for the southerners for the first time since Nov. 8 after recovering from a shoulder injury and COVID-19.