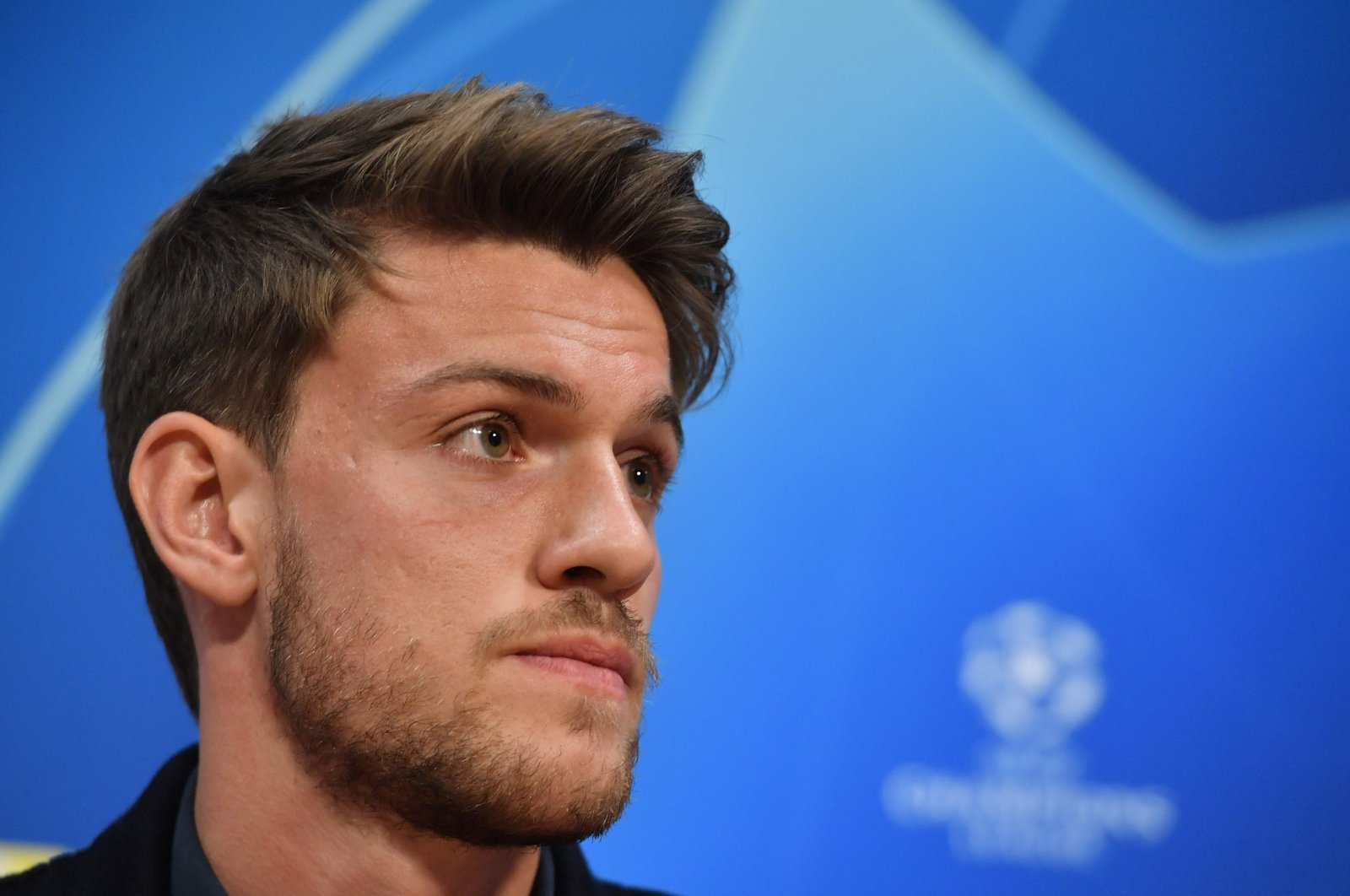 In this April 9, 2019, file photo, Juventus' Daniele Rugani answers questions during a press conference at the Johan Cruyff ArenA in Amsterdam, Netherlands. (AFP Photo)
by Compiled from Wire Services Mar 12, 2020 9:37 am
RECOMMENDED

Italian football club Juventus announced Wednesday that one of its players, defender Daniele Rugani, has tested positive for COVID-19.

Rugani, who also plays for the Italian national team, is the first top-flight footballer to fall victim to the virus which has killed hundreds in Italy and infected more than 12,000 people, including several Serie C players.

Juventus, which has won the last eight Serie A titles, announced the result on its website and social media channels.

The club said Rugani and "those who have had contact with him” are being isolated. It also said Rugani is not showing any symptoms of the disease.

"I want to reassure all those who are worried about me, I'm fine," Rugani later said on Instagram.

"At this moment, however, I feel even more duty to thank all the doctors and nurses who are struggling in hospitals to cope with this crisis. I invite everyone to respect the rules, because this virus makes no distinctions! Let's do it for ourselves, for our loved ones and for those around us."

Juventus trained earlier on Wednesday, although it was unclear whether Rugani was present.

Juventus star Cristiano Ronaldo is currently in Portugal with his mother who suffered a stroke, the club said.

"Cristiano Ronaldo did not train and remains in Madeira pending developments related to the current health emergency," it added.

The outbreak of the virus has led to a nationwide lockdown in Italy, where football and all other sports have been suspended until April 3. However, Juventus is scheduled to play French club Lyon at home in the Champions League on Tuesday.

Rugani was an unused substitute in the team's last game, at home against Inter Milan last Sunday. That match was played in an empty stadium in line with a government decree before measures became even more strict in Italy.

Shortly after Juventus' announcement, Inter released a statement saying the club had decided to suspend “all competitive activities” until further notice.

It added: “The club is currently taking steps to put all the necessary procedures into place."

That is likely to include self-isolation for all players and staff.

Inter's Europa League game on Thursday against Getafe had already been postponed after the Spanish club said it wouldn't travel to Italy.

Rugani was also on the substitutes' bench for the first leg of the round-of-16 Champions League game against Lyon on Feb. 26. He last started a match against Spal on Feb. 22.

Italy’s number of virus cases soared again on Wednesday, to 12,462 infections and 827 deaths — numbers second only to China.

Juventus’ under-23 squad recently had to self-quarantine after a member from an opposing team tested positive for the virus. That quarantine ended March 9, with none of the players showing symptoms.

The vast majority of people recover from the new virus. According to the WHO, people with mild illness recover in about two weeks. Those with more severe illness may take three to six weeks to recover.

Juventus currently leads Serie A by one point over Lazio as it bids for a ninth straight title.