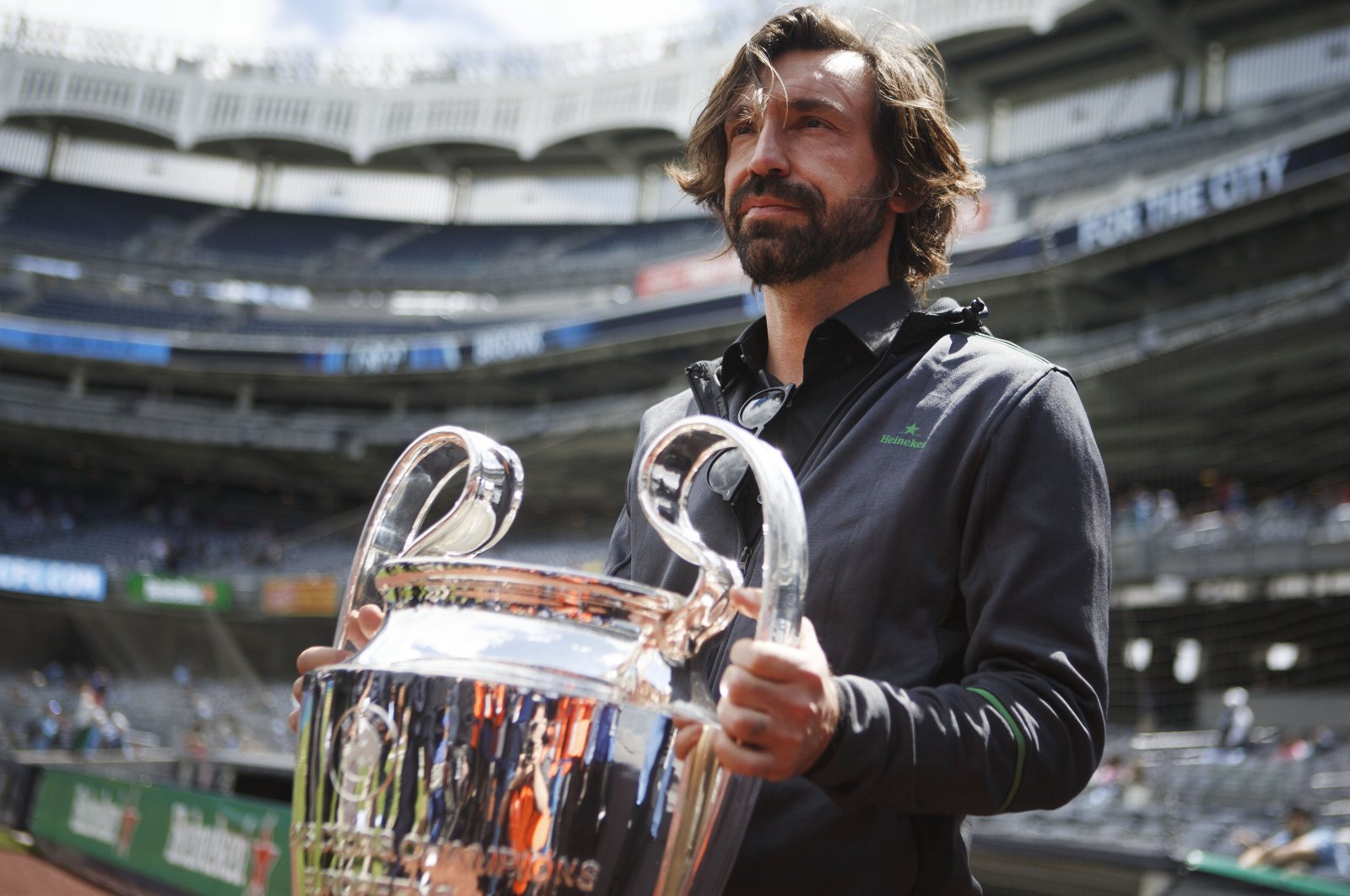 Hoping for a repeat of Zinedine Zidane's managerial success, Juventus begins the new Serie A season and its bid for 10th straight league title under the leadership of Andrea Pirlo

As a player, Andrea Pirlo was a genius on the ball. But as a coach the former Italy and Juventus star remains an unknown quantity.

The "Maestro turned Mister" starts his reign on Juventus bench against Sampdoria on Sunday, in a debut season expected to reap a 10th consecutive Italian league title and a first Champions League in 25 years.

He is expected to do all this while establishing a more attractive, fluid style of football deemed to be lacking under predecessors Massimiliano Allegri and Maurizio Sarri.

There are high expectations for the 41-year-old novice who only received his professional coaching license on Wednesday, days before the 2020-2021 season is underway.

"It's Juve, it's normal to have to win. It was the case as a player, it will also be as a coach," warned Pirlo.

Pirlo began his playing career at his hometown team, Brescia, in 1995 and went on to play for Inter, AC Milan and Juventus before moving in 2015 for two seasons with New York City FC in the MLS.

Capped 116 times for Italy, the midfielder was a key figure in the team that won the 2006 World Cup.

Since the end of his playing career in 2017, Pirlo has been discreet in the world of football, mainly working as a television pundit.

His arrival at Juventus has sparked hopes in Italy that he can follow footballing greats Zinedine Zidane and Pep Guardiola's managerial success.

The former Italy and Juventus star stepped in after Sarri was ejected after just one season following the team's Champions League last 16 exit to Lyon.

Juventus hopes Pirlo, who won a World Cup, two Champions Leagues and six Italian league titles, can transmit his winning mentality as well as his vision of the game.

"They say of him that he is predestined, but Guardiola or Zidane, when they started, they already had a little experience as a coach," said former Italy teammate Fabio Cannavaro.

"The idea of the game, he has it, clearly. But now he will have to be able to transmit it to a group," added the coach of Chinese club Guangzhou Evergrande.

His first weeks as a coach was devoted to dialogue with senior players, who reportedly had been lacking under 61-year-old Sarri.

"He's really relaxed. He understands the mentality of the players on the pitch since he has recently stopped playing. He knows Juventus very well," said defender Danilo.

"He knows how to get his message across, talk to players one on one, to get the best out of them ... He has applied some really good tactical ideas and is clear on how he wants his team to play, which I really like. The first few days with Andrea were really positive," he said.

After the opening against Sampdoria on Sunday, Juventus faces a potentially tricky tie with Roma before hosting Napoli.

Roma legend Francesco Totti believes that his former World Cup-winning teammate may have bitten off more than he can chew.

"It is a trend born from the success of Zidane. When a coach who has been a champion speaks, the locker room listens because it respects him. It is not normal for a novice to receive an assignment burdened with such expectations,” Totti said.

"Pirlo is a golden person, I sincerely hope he will make it. Andrea will have to be Pirlo, that is to say, a champion, even on the bench. And immediately "

Making things worse for Pirlo is the fact that Juventus’ grip on Serie A has been slipping.

Last year, Antonio Conte guided Inter to a second-place finish in the league. That was the closest it has come to winning the trophy since it won the title in 2010 – along with the Champions League and the Italian Cup.

Besides Inter, Atalanta and Lazio were within five points of the Serie A champions last season.

All four teams had a mathematical chance of winning the title with three rounds remaining – even if the destination of the trophy was never really in doubt.

Lazio, which finished fourth, arguably would have pushed Juventus even harder had it not been for the coronavirus pandemic. The team trailed Juventus by only one point before Serie A was halted because of the virus outbreak. Lazio was riding a club-record 21-match unbeaten run before the shutdown but lost six of the next 12 matches.

Atalanta had the opposite problem. The team had an unremarkable first half of the season but won almost all its matches after the restart and reached the quarterfinals of the Champions League.

Milan was the other surging team after Serie A resumed, winning nine of its 12 matches and drawing the other three to move up to the sixth place.

The club’s upturn started when Zlatan Ibrahimović joined in January. The 38-year-old Swede is now looking to help the Rossoneri once again challenge for the title.

Napoli could also enter the fray following its resurgence after Gennaro Gattuso replaced the fired Carlo Ancelotti in December.