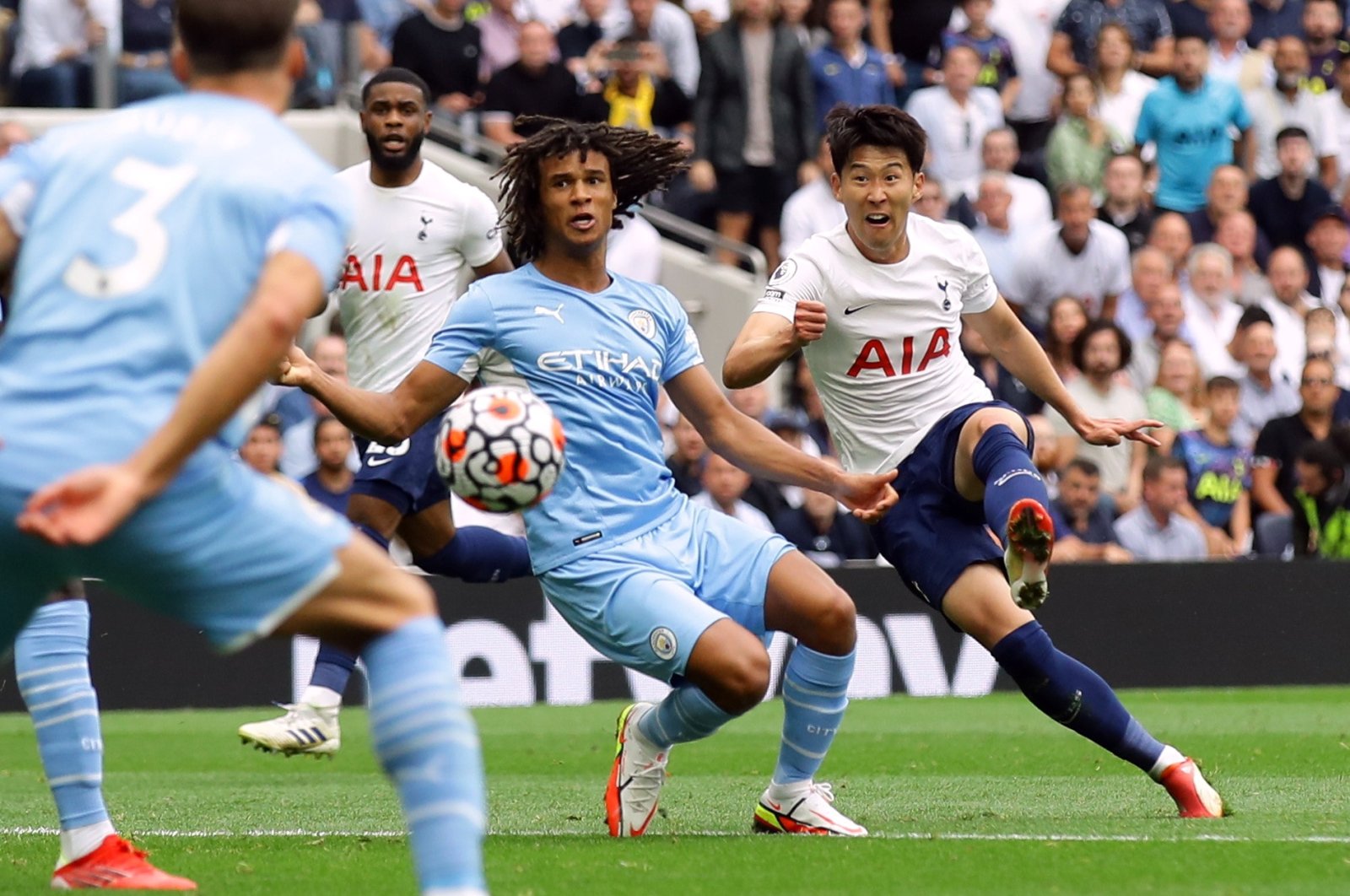 City manager Pep Guardiola said his side will not be panicked into buying Harry Kane at an elevated cost despite the loss.

Kane was absent from the Spurs squad due to his late return to pre-season training as he tries to force a move to the English champions.

But Tottenham still managed to give Nuno Espirito Santo a dream start to his reign in charge as Son Heung-min fired home the only goal on 55 minutes.

A first full house at the Tottenham Hotspur Stadium for 17 months reveled in the result with chants of "are you watching Harry Kane" in the closing stages.

City will almost certainly need to break the Premier League transfer record for the second time in a month to sign the England captain after splashing 100 million pounds ($138.49 million) on Jack Grealish.

Guardiola's men are looking for a successor to Sergio Aguero after the club's all-time record goalscorer left for Barcelona at the end of last season.

But City romped to the title last season largely without Aguero due to injury problems and Guardiola is confident he can trust in the players he already has to do so again should a move for Kane not materialize.

"Sergio is gone but we are the same people that won the Premier League last season," said Guardiola.

"We are good enough to create chances and score goals, so we are going to do it."

Grealish was handed his Premier League debut, but Guardiola's decision not to rush his England teammates John Stones and Kyle Walker back into action due to their limited training time in pre-season backfired as Nathan Ake and Benjamin Mendy were exposed on the counterattack by Tottenham.

After a bright start in which Grealish could have won a penalty and Fernandinho, Joao Cancelo and Riyad Mahrez all failed to hit the target with big chances, City quickly ran out of ideas.

"I think we were lucky because they had clear chances, but the boys held on," said Nuno.

"We knew it would be tough and after 15 minutes we adjusted better."

Son saw a deflected shot fly inches wide before the break in a prelude of what was to come in the winning goal.

The South Korean has been a persistent thorn in City's side and scored his seventh goal against them on 55 minutes as he cut inside Ake and fired low into the bottom corner.

Steven Bergwijn had a huge chance to double Spurs' lead moments later when he fired into the side-netting as City were again easily cut open on the counterattack.

Guardiola finally turned to his star-studded bench to turn the game around with Kevin De Bruyne, Gabriel Jesus and Oleksandr Zinchenko introduced.

But even the Belgian could not raise the champions from their slumber in the closing stages.

Guardiola's men should only get stronger with the return of many internationals and possibly Kane.

However, it has already ceded ground to Chelsea, Manchester United and Liverpool, who all displayed their title credentials with convincing wins on Saturday.

"The guys who have been here since the beginning (of pre-season) deserve to play. The reality is we concede few (chances) but we lost the last games 1-0, 1-0, so that's why we have to continue working," added Guardiola.

"It's the first game. We knew we need time."

The German midfielder left the pitch with strapping on after his side’s defeat at Tottenham, following a late collision.

Guardiola said Gundoğan would be assessed by doctors. "It was something in his shoulder,” he said. "We will see what happens tomorrow with the doctor. It looks like something happened.”