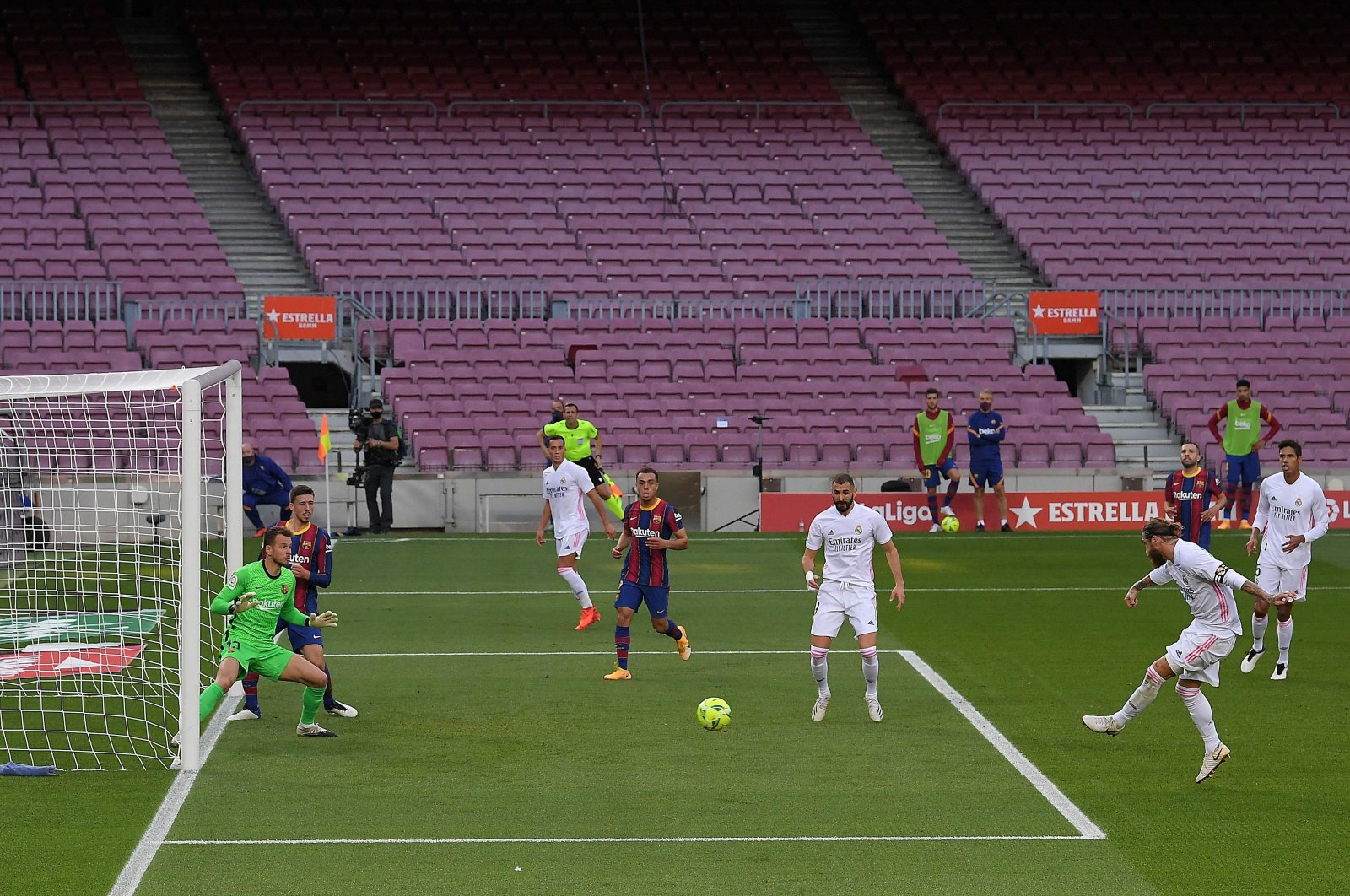 Sergio Ramos won a controversial penalty in Real Madrid's 3-1 El Clasico win on Saturday and Barcelona coach Ronald Koeman lashed out at VAR as a result, with the country divided over what the right call was.

Ramos won and scored a hotly debated penalty in the second half which proved vital in Madrid's 3-1 win at Camp Nou on Saturday, putting Los Blancos top and leaving Barcelona 12th.

"Koeman explodes!" ran newspaper Mundo Deportivo's front page, while the other Barcelona based national newspaper, Diario Sport, led on: "A Clasico robbery." The latter criticized referee Juan Martinez Munuera, who awarded Ramos the spot-kick after checking the pitch-side video when the Madrid captain had his shirt tugged by Barcelona defender Clement Lenglet, with the score level at 1-1. "Martinez Munuera gave the win to Madrid in the Clasico by for a dive by Ramos in Barcelona's box," continued Sport's front page. "The action broke a game which was dominated by Barca, who had leveled through Ansu (Fati) after the opener from (Fede) Valverde."

The penalty incident was controversial because while Lenglet visibly tugs on Ramos's shirt, the Madrid defender pushed his French counterpart moments earlier. Sub-director Albert Masnou said Munuera was "the referee that everyone feared," citing his "known sympathy" toward Real Madrid. "(Ramos and Munuera) cooked it up between themselves amid the astonished looks of the Barcelona players at what was happening," added Masnou.

Barcelona coach Koeman says the VAR system is only used against his team and not for it. "I don't understand the referee's decision, VAR only appears when it has to act against Barcelona," Koeman said. "Whoever tells me that is a penalty, is incomprehensible. I did not like it. "All the decisions are against Barca, none are in favor and there are many examples." Koeman listed a potential foul on Lionel Messi in the area during Barcelona's 1-1 draw with Sevilla on Oct. 4, and several incidents that could have seen Getafe's Allam Nyom sent off during their 1-0 win over the Catalans on Oct. 17. However, Real felt differently about the penalty award, which helped them turn the tide in a match that Barcelona had gained control of. "VAR is there to help, the referee checked it and took a decision that we can understand," said the club's director of institutional relations and former player, Emilio Butragueno.

Real coach Zinedine Zidane claimed his team merited victory with or without the contested penalty, dispatched by Ramos on his return from injury. "The referee went to look at the screen and decided it was a penalty," said the French coach, who has not lost at the Camp Nou as Madrid coach in six matches there. "I don't speak about the referees, who have a difficult job. So I won't talk about them today. Regardless of what happened, I think we deserved to win the game today. I can only say I am proud of the team."

"Madrid always return," boasted newspaper AS on their front page, after the club's recent defeats by Cadiz and Shakhtar Donetsk, while Marca said Zidane's side "struck a blow of authority at the Camp Nou."

Outside parties even weighed in, with Real Betis posting a screenshot of the incident alongside an image of their striker Antonio Sanabria having his shirt pulled in the area far more obviously last weekend at Real Sociedad, without punishment. The debate about the validity of the penalty is split along club lines and will rage on for weeks to come.