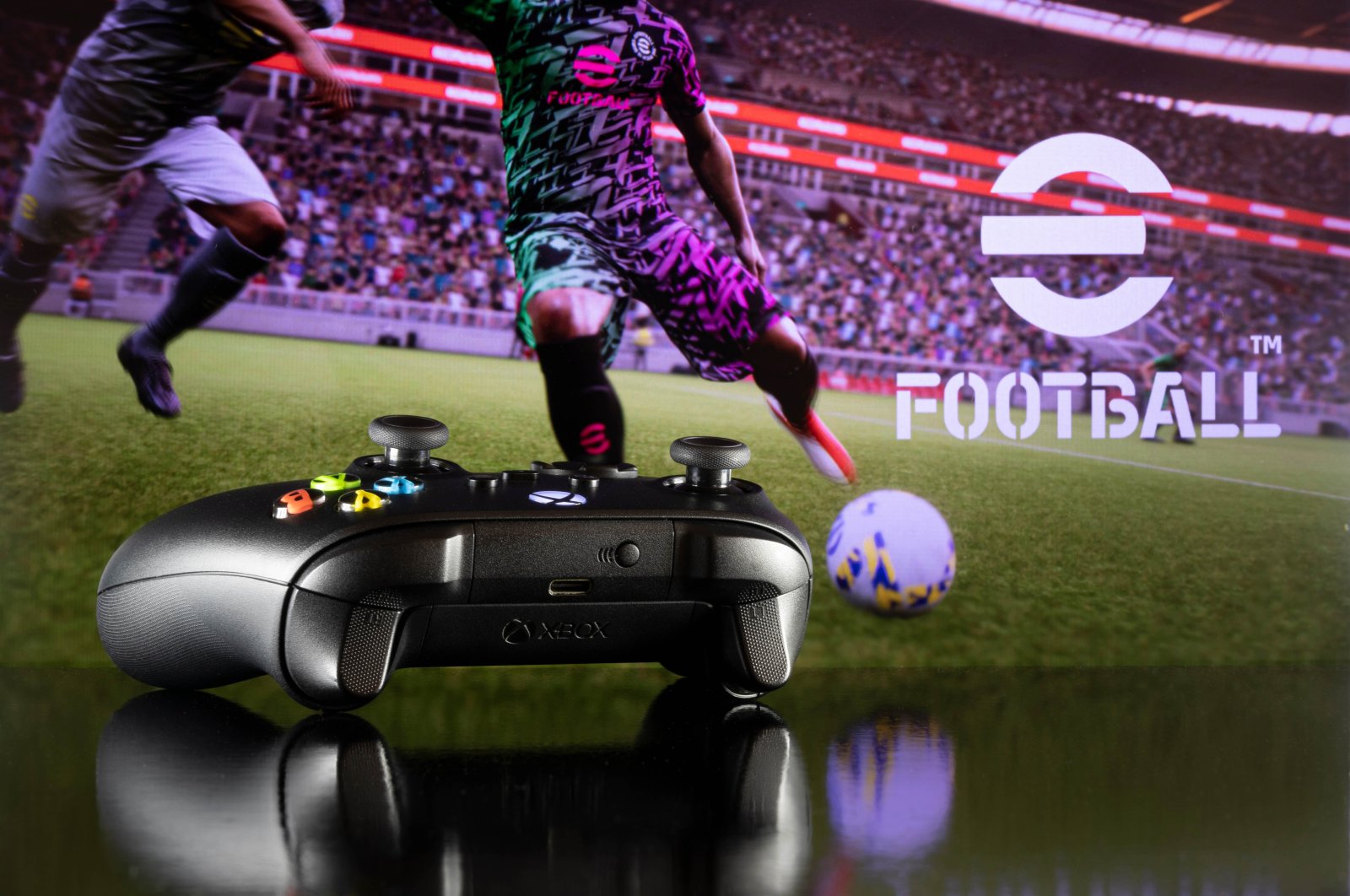 Konami has finally released “eFootball 2022,” the long-awaited successor to Pro Evolution Soccer series, but the Japanese game developer’s rebrand was met with fierce criticism by players instead of the fanfare that it hoped for.

The latest release in one of the best-selling video game franchises, the much-anticipated "eFootball 2022" came out Thursday on PlayStation, Xbox and PC in an attempt to reach a broad sweep of fans.

But disappointed players quickly flooded social media with complaints and ridicule, in scenes reminiscent of the backlash against another hyped game "Cyberpunk 2077," which was pulled from PlayStation stores days after its release.

Some mocked what they saw as unflattering digital depictions of stars like Cristiano Ronaldo, who appeared cross-eyed in one screenshot posted on Twitter.

"Konami you really shouldn't have released this in this state. This is bad ... I mean really bad," wrote one gamer alongside a clip showing a character's arm jiggling into painful-looking positions as two players jostled on the pitch.

Another bizarre video showed Barcelona striker Ansu Fati's character running toward the goal with his arms outstretched behind him.

Started in 1995, the hit football gaming series has sold more than 112 million copies, in addition to 400 million mobile game downloads as of April 2021, according to Konami.

But so far, the revamped "eFootball 2022" is failing fans' expectations and racking up negative reviews, with only 8% of the more than 10,400 ratings so far on gaming platform Steam positive as of Friday. The overwhelming amount of negative reviews have made it the lowest-rated game on the platform, according to Steam250, a review aggregator website.

Serkan Toto, an analyst at Kantan Games in Tokyo, was scathing in his assessment of "eFootball 2022."

"I tried it and it's like a parody of a soccer game ... the way it plays is so absurdly bad, so grotesquely bad, that I think everybody at Konami knew that this was not going to work," he told Agence France-Presse (AFP).

Toto said he thought the launch had been "rushed."

Konami "had to do something radical" to compete with the market-leading "FIFA" series, produced by U.S. company Electronic Arts, which also released its latest title on Thursday, he said.

"But if you want to go head-to-head against FIFA, you cannot push out a product like that. It's like offering a McDonald's menu and trying to compete with a Michelin star restaurant."

However, David Gibson, a video-game analyst with Astris Advisory, told Agence France-Presse (AFP) that despite a "really bad start," the game could still be a success.

"You can't say it's all over for this game. While obviously it's started badly and they've got a whole bunch of issues to fix, it is fixable," he said.

Konami will likely wait to assess feedback and player numbers, but then "some very tough decisions will need to be made" on whether to suspend the service, Gibson warned.

Konami did not immediately respond to a request for comment on the criticism, which follows the disastrous launch of the Warsaw-based CD Projekt Red's "Cyberpunk 2077."

The dystopian-themed game returned to PlayStation stores in June, six months after it was pulled over bugs and compatibility issues, but it now has a 76% positive rating on Steam.

In promotional material, Konami had touted its new game's "overhauled graphics, animations and gameplay" which "signal a new era of virtual football."

"Our ambition was to recreate the perfect football environment, from the grass on the pitch, to the players' movement, all the way to the crowds in the stadium," it said.