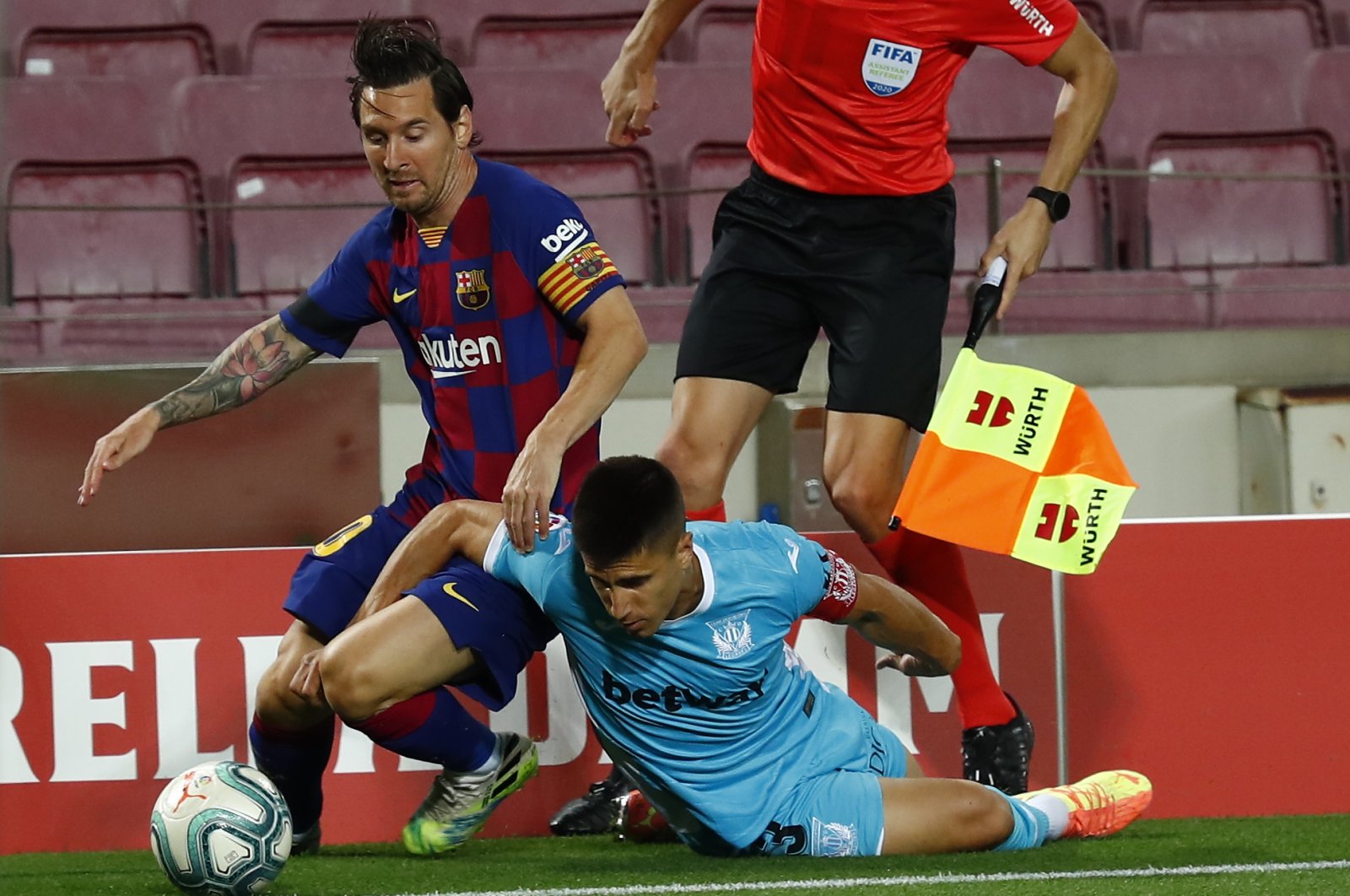 International viewership for Spanish football games increased by nearly 50% after they returned from the break caused by the coronavirus pandemic, the league said Thursday.

Figures for the first set of matches following the break were 48% higher than the average for the other 27 rounds played before the suspension in mid-March.

The league said the increase in Africa reached more than 70% and was 56% in Europe. There was a rise of 210% in South Africa alone and 130% in Belgium. In India, where the league is broadcast on Facebook, the rise was 72%.

The league said in a statement that the numbers were compiled by consultant Nielsen Sports.

“We’re very pleased with the exponential growth in the figures for La Liga’s international audience,” said Oscar Mayo, the league’s director of business, marketing and international development. “We knew that fans around the world were keen to enjoy the excitement and entertainment we offer. Achieving a rise of almost 50% in our international audience is a reflection of the hard work put in by our international broadcasters, the clubs and the competition itself over these last few months.”

The league said viewership numbers in Spain increased 12% for the first matches after the break.

“We feel privileged to be able to take to the field again, and we’re very happy to have the opportunity to offer live sports entertainment at a time when there are few events like this around the world,” Spanish league's president, Javier Tebas, said. “We’re grateful to all of the fans who’ve followed La Liga now at the restart because we’ve all worked hard to offer them entertainment again.”

The league resumed on June 11 with the Seville derby. It is scheduled to finish on July 19.