Lampard to prove his mettle as Chelsea face Bayern clash 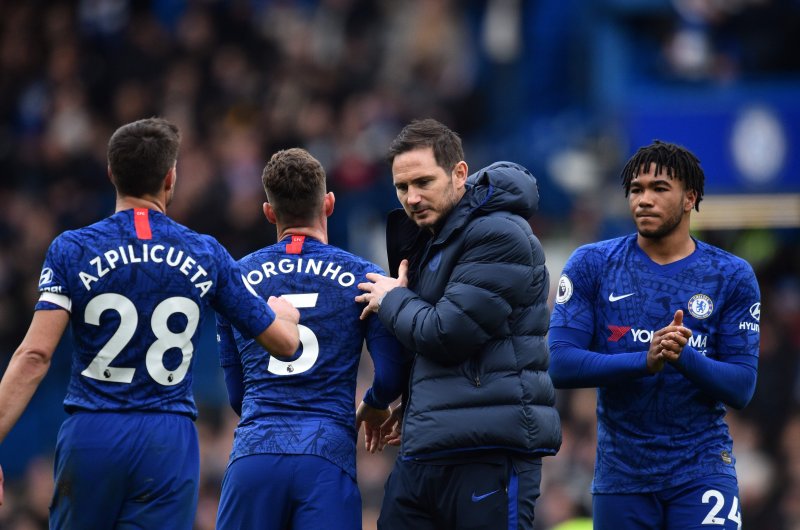 It will be eight years this summer since Chelsea last won the Champions League, its victory over Bayern Munich on penalties securing the trophy for the first time in the London side's history.

That success in Munich's home stadium was the culmination of many years of progression for Chelsea, the defining moment in Roman Abramovich's ownership, in addition to its four Premier League titles, one of which came later.

The 2012-winning side was packed with players at the peak of their powers, with Didier Drogba, John Terry and Frank Lampard all experienced internationals.

The Chelsea team of 2020 is a younger incarnation, with the likes of Tammy Abraham and Mason Mount showing huge promise for the future, and the present.

With Lampard now in charge in his first season as manager, the club's fans are confident that they are on the right track to return to the top but though the visit of Bayern on Tuesday will surely rekindle all sorts of memories, Lampard will focus only on the task at hand, getting past the German side to reach the quarterfinals.

To do that, he may have to make some difficult decisions, especially in the selection, with Olivier Giroud pushing for a starting spot after scoring on his return to the side in the weekend win over Tottenham.

The Frenchman, who won the World Cup with his country two years ago, has started just two games this season but his experience and attitude could be a big factor in a game as big as the one against Bayern.

Giroud said believes the win over Tottenham could yet be a "turning point" after the side "lost a bit of confidence at home."

The Frenchman could retain his place in the starting line-up in preference to Abraham and Lampard said his attitude, even when he was not playing, has been an example to everyone.

"He's always been engaged, even when he's not played regularly," Lampard told reporters.

"He's been absolutely fantastic with me from the start to now, and that's why he can put in those performances when he comes in.

"Personality in the dressing room, on the pitch, quality to the finish, selfless in his ways, strong. He's been around, won the World Cup. He's very good with the younger players around him, he wants to train at a high level every day, he understands his game, his attributes and how important they can be, and he gave everything."

Lampard employed a 3-5-2 formation against Tottenham to accommodate Giroud and full-back Marcos Alonso and could repeat the trick against Bayern.

Whoever comes in, and whoever is left on the bench, needs to be 100% committed to the cause, Lampard said.

"I never like leaving players out, never, because they are your squad, you have to have a unit and a family feel to the group," he said. "It's very, very difficult, but it's part of the job and it's not nice."

"The players also have a responsibility to take it on the chin, come on if they're a sub and make an impact, and also if they're not, keep working for their opportunity. It's a tough part of the job."

"They either stay out of the team or they change their attitude to get back into the team and train the right way. I give some leeway on that as I probably sulked a few times as a player, but the thing you have to do is very quickly check yourself and realize that helps nobody."

The talking is almost done. Now it's time for Lampard and Chelsea to deliver.