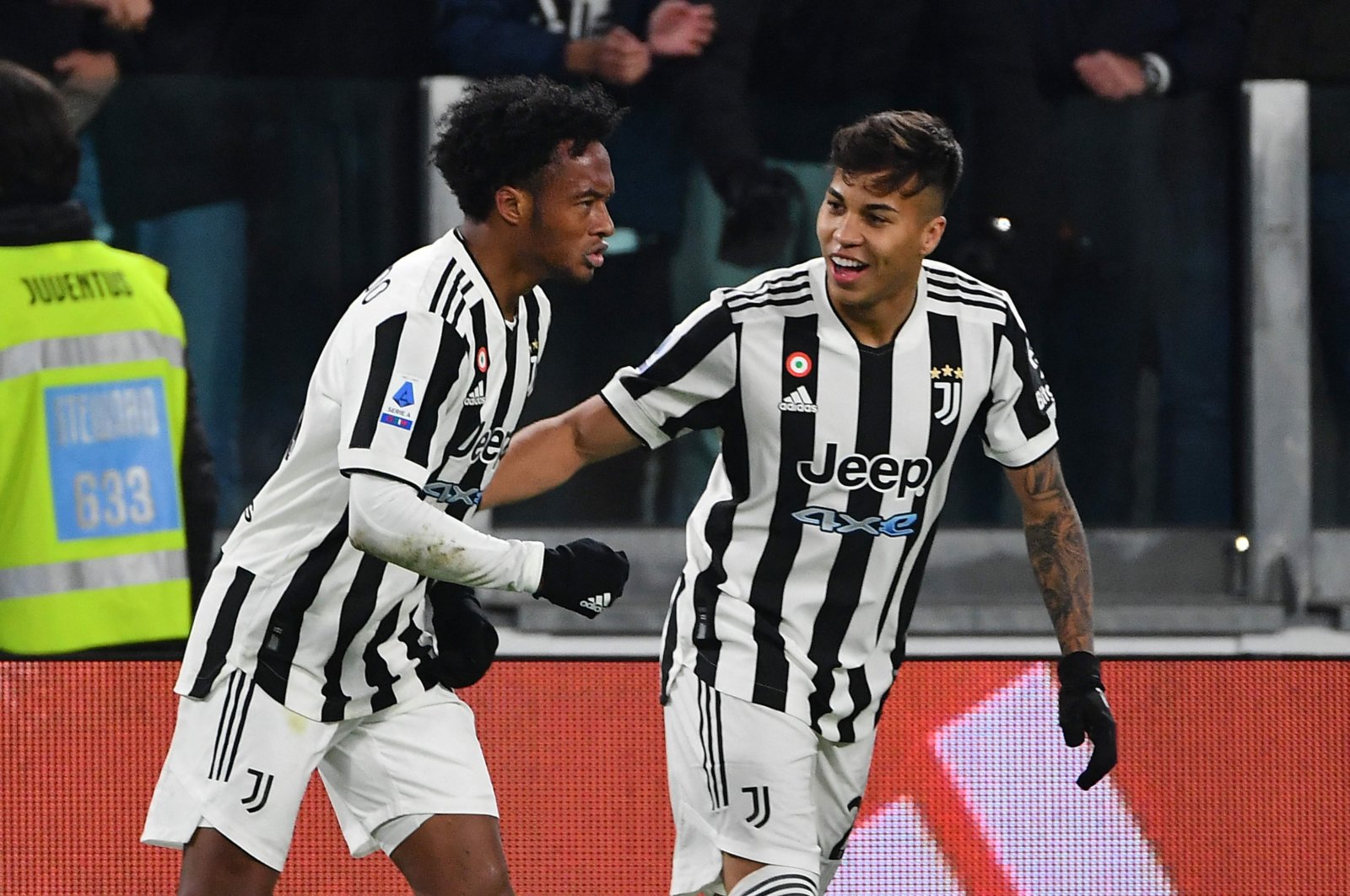 Juventus returned to the winning ways thanks to an injury-time strike from Juan Cuadrado that gave the struggling Serie A giant a 1-0 victory against 10-man Fiorentina in Serie A on Saturday.

The victory lifted Juventus, who had lost its last two league games, to eighth, behind Fiorentina on goal difference and 13 points behind top two Napoli and AC Milan, who both play on Sunday.

"These are very important points for the championship, and they are points that could bring back a different mentality," said Juventus coach Massimiliano Allegri.

Juventus struggled to create chances against a solid visiting defense until Nikola Milenkovic was sent off for a second yellow card in the 73rd minute.

At that point, each team had managed just one shot on target.

Within two minutes, Federico Chiesa, who is on loan from Fiorentina, smashed a shot against the bar.

Allegri then sent on winger Cuadrado, a former Fiorentina player in place of midfielder Adrien Rabiot.

Juve pressed and Alvaro Morata volleyed Cuadrado's cross into the roof of the net but was ruled offside.

But as the match moved into added time, Cuadrado collected the ball on the right edge of the box, darted toward the goal line creating a yard of space and drilled a low shot between goalkeeper Pietro Terracino and the near post.

"I am especially satisfied because we held on mentally," said Allegri.

"This should make us satisfied with today's victory but also very angry at the points given up against Sassuolo, Empoli, Udinese, or Hellas Verona."

"Today, against a good team, we had a lot of chances in the second half but also in the first half: but we missed the final pass on three or four attacks, we have to take better advantage of these opportunities."

In the late game, Atalanta came from behind to win 2-1 at last-place Cagliari and climb to fourth.

Mario Pasalic and Duvan Zapata scored first-half goals, either side of a strike by Joao Pedro for the home team.