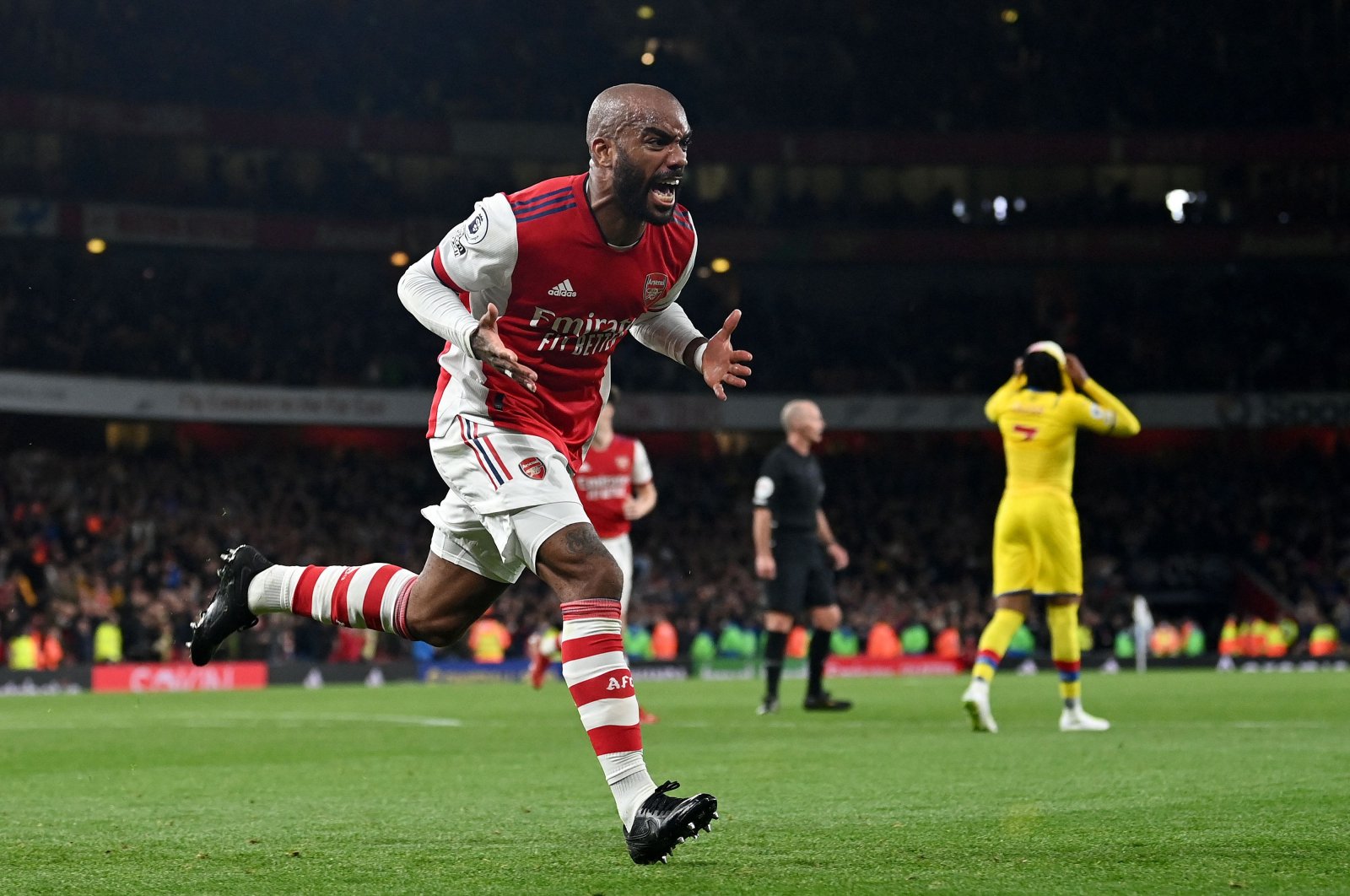 Former Arsenal captain Patrick Vieira's return to Arsenal as the Crystal Palace manager was spoiled by Alexandre Lacazette's 96th-minute equalizer that salvaged a 2-2 draw for the Gunners on Monday.

But a five-game unbeaten that had lifted the mood around the Emirates looked set to be punctured as Christian Benteke and Odsonne Edouard struck in the second half to give the Eagles a deserved lead.

Vieira's men failed to hold out, though, as with seconds to spare Lacazette scrambled home from a corner.

"It was so close but we have been saying that a little bit too often," said Vieira, whose side has drawn five of its eight league games this season.

"I am really disappointed because the way the team came back in the second half, they deserved to win the game."

A share of the spoils moves Arsenal up to 12th, but the performance did little to suggest it will trouble the contenders for places in next season's Champions League come the end of the season.

A run of 10 points from a possible 12 had eased an early-season crisis at Arsenal after its worst start for 67 years.

That upward curve looked set to continue early on as Aubameyang was in the right place to turn home the rebound after Vicente Guaita parried Nicolas Pepe's shot.

But despite the loss of Wilfried Zaha due to illness, Palace went on to boss the first half to continue its impressive start to life under Vieira.

"After the goal, we didn't manage the game well enough," said Arsenal boss Mikel Arteta. "We didn't have composure or control.

"The most positive thing is we kept going. They kept believing until the end. That's how we managed to get a point.

"I am disappointed with the result. We threw it away."

A three-time Premier League winner as Arsenal captain, Vieira has been overlooked by his former club for coaching roles.

But the Frenchman has lost just two of his opening eight league matches in charge of Palace, which came away to Chelsea and Liverpool.

Palace fired a warning just before half-time as only a fine save from Aaron Ramsdale denied Connor Gallagher an equalizer in first-half stoppage time.

The visitor got its rewards after the break, but Arsenal was the orchestrator of its own downfall for both goals.

Thomas Partey was robbed of possession inside his own half for the equalizer as Jordan Ayew played in Beneteke to finish calmly into the bottom corner.

Albert Sambi Lokonga was the guilty party for Palace's second as he gave the ball away and Edouard drilled home his third goal since a summer move high past Ramsdale.

Edouard's former Celtic teammate Kieran Tierney was inches away from an equalizer as he fired off the underside of the bar.

But there was still late drama to come deep into stoppage time as Lacazette swept home another rebound after Guaita had saved Benjamin White's deflected effort.