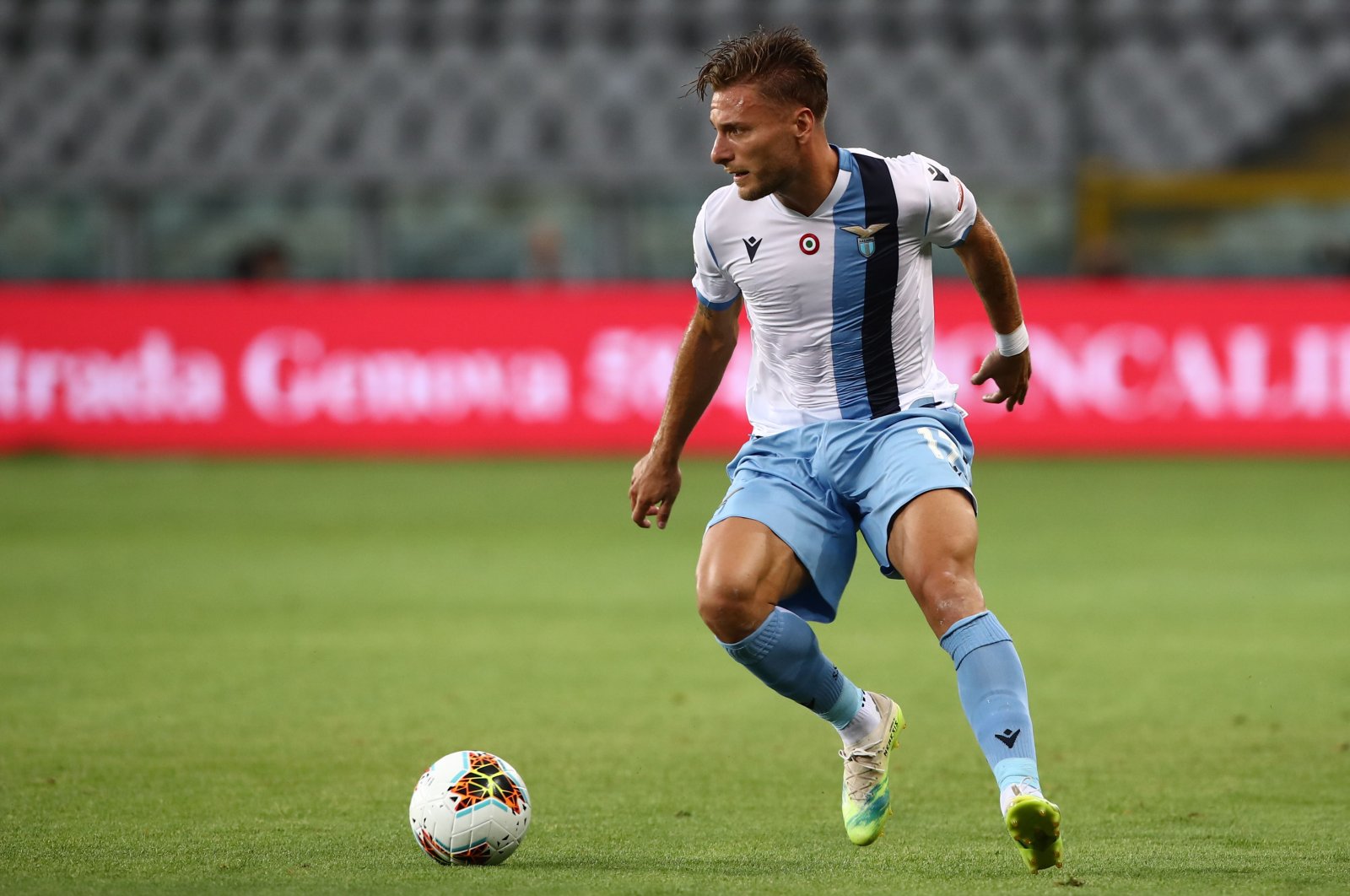 Lazio's Serie A title hopes face a severe challenge when it hosts AC Milan on Saturday without either of their two main strikers while leader Juventus must deal with the dreaded early kickoff slot against neighbor Torino.

Ciro Immobile and Felipe Caicedo, who between them have provided 37 of second-placed Lazio's 66 Serie A goals this season, are suspended due to an accumulation of yellow cards and their absence could expose their team's lack of strength in depth.

Immobile, Serie A's leading scorer with 29 goals, has been ever-present in Serie A since March last year when he was suspended against Parma.

Lazio, with 68 points from 29 games, is four behind Juventus with nine matches each to play.

Two of Lazio's other strikers, Bobby Adekanye and Raul Moro, are both injured, leaving Joaquin Correa, who has scored seven league goals this season, as the only recognized center forward available.

Lazio also has injury worries elsewhere with Senad Lulic out for the rest of the season and Lucas Leiva suffering the after-effects of a knee operation.

Adam Marusic and Danilo Cataldi have also been on the treatment table although Lazio is hopeful that at least one of them will be ready for Saturday.

Lazio's injury problems have in turn meant more playing time for the rest of the squad which, with the combination of heat and a hectic schedule, means it risks running out of gas.

Lazio had to come from behind to win its last two games 2-1 against Fiorentina and Torino and made heavy weather of both matches – a far cry from the flowing football they produced before the coronavirus hiatus.

At least Lazio will have the benefit of the cooler 9:45 p.m. kickoff slot on Saturday, unlike Juventus who will have to face Torino at 5:15 p.m. when high temperatures are likely to make it a real struggle for both teams.

Juventus coach Maurizio Sarri was not looking forward to it.

"A derby is a derby, and if you play it at five o'clock in the afternoon in July, that makes it an even riskier game for us," he said after Tuesday's 3-1 win over Genoa.

"It seems to me an extreme time to play – there was controversy over the 9:45 p.m. start time but that is the only time in Italy when you can play football in July and August."