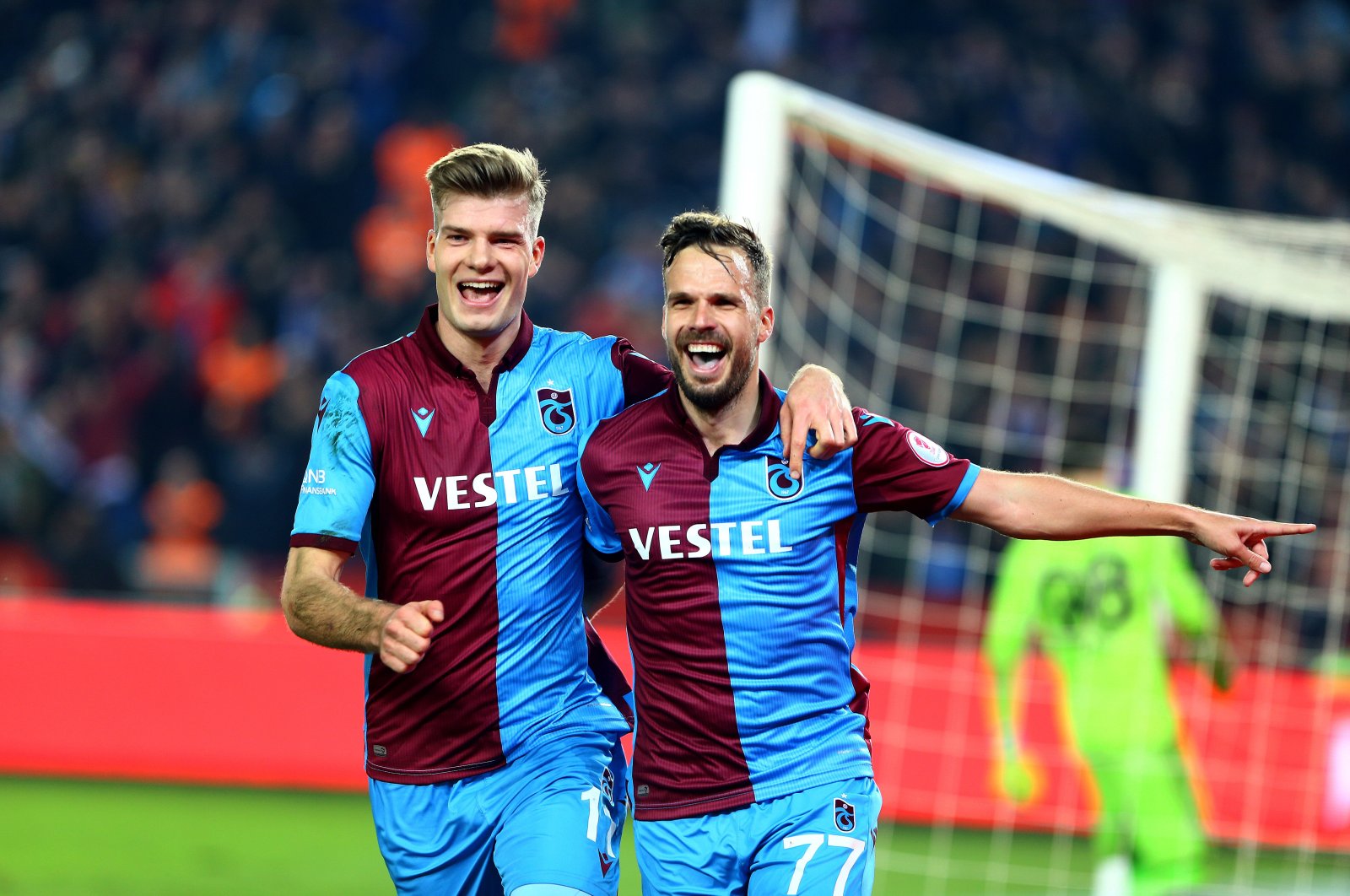 Turkey's top-flight Süper Lig will resume Friday as leader Trabzonspor visits Göztepe, nearly three months after all football matches in the country were suspended due to the coronavirus pandemic.

Following months of bickering between officials, clubs and fans about whether it would be safe to do so, the Turkish Football Federation (TFF) last month gave the green light for matches to resume but introduced heavy regulations and strict rules to stop any possible infections.

As per TFF rules, the matches will be played behind closed doors and substitute players will be required to wear masks. Other measures include a mask and glove requirement for ball handlers, as well as a three-seat separation between club executives and officials.

After the TFF announced the rules, many questioned the practicality of the measures and whether they would actually stop any players with the virus from infecting others. A slew of positive tests among players and staff in Süper Lig clubs didn’t help either.

But similar measures implemented by Germany's Bundesliga proved they do indeed work, at least for the time being. The German top-tier league became the first elite European league to restart on May 16 and no cases of infection because of the matches have been reported so far.

The Süper Lig will kick off Friday with two matches at the same time. Leader Trabzonspor will be visiting the Aegean province of Izmir as the Black Sea giant resume its bid for the league title.

Tied with Başakşehir at 53 points, Trabzonspor will seek to edge out its contender with a win over Göztepe. In a previous meeting, Göztepe managed to best Hüseyin Çimşir’s side with a single goal. With the matches being played after a long break, both teams are expected to be on the pitch with their usual lineup, except for Trabzsonpor midfielder Ahmet Canbaz who is recovering from a knee injury.

Around the same time, Istanbul giants Fenerbahçe will host bottom side Kayserispor at Şükrü Saraçoğlu Stadium. The Istanbul side has long given up any hope for the league title as it sits seventh with 40 points.

A defeat nonetheless could be a further blow for Fenerbahçe fans as it would end any hope of securing Europa League spot, as the Yellow Canaries are nine points behind the closest spot for a ticket to Europe.

A victory for Fenerbahçe, on the other hand, could spell certain doom for Kayserispor as the Anatolian side sits rock bottom of the table with 22 points.

Despite pleas from some clubs, TFF's president ruled out any potential stop to relegation, saying despite the setbacks due to the outbreak, relegation will be implemented at the end of the season.

On Saturday, Başakşehir will welcome Alanyaspor as the Istanbul side will seek to break the deadlock with its Black Sea rivals. Başakşehir was in good form with a four-match winning streak before the virus hiatus. The Istanbul side is also the sole Turkish team still in European competitions. However, it remains to be seen if coach Okan Buruk has managed to keep his men in form. The previous meeting between the two clubs ended in a goalless draw.

Shortly after Başakşehir’s match, Beşiktaş will take the stage with a clash against Antalyaspor at Vodafone Park in Istanbul. While the Istanbul powerhouse is nine points away from the top spot, the Black Eagles will eye full three points as manager Sergen Yalçın has yet to prove himself.

The former Beşiktaş player-turned-manager was brought on board after the previous coach Abdullah Avcı’s run at the helm ended in shambles, contrary to the hopes of the fans. While Yalçın managed to secure four victories in his seven matches as a coach, his side still lost to Başakşehir and drew with Galatasaray, which saw Beşiktaş being pushed further away from the league title.

Sunday will see Galatasaray visiting Black Sea side Rizespor where Fatih Terim’s men will look to secure a victory to defend the league title.

Perhaps the most affected club by the outbreak, with their coach Terim and vice-chairman contracting the virus, Galatasaray sits three points behind leader Trabzonspor and defeating Rizespor could mean equal grounds for the Lions.

While the lack of fans will deprive Rizespor of its famous home advantage, the Black Sea side is expected to put up a fight as it sits below the relegation line and failure to win could mean saying goodbye to the Süper Lig. The previous league match between the two sides ended with a 2-0 win for Galatasaray.

The match day will end with the fourth contender of the title, Sivasspor, hosting Denizlispor.

Sitting fourth with 49 points, Sivasspor is still eager to snatch back the top spot, where it was for much of the season. The last time the two clubs faced off, Sivasspor managed to return home with three points following a 2-0 win over Denizlispor.