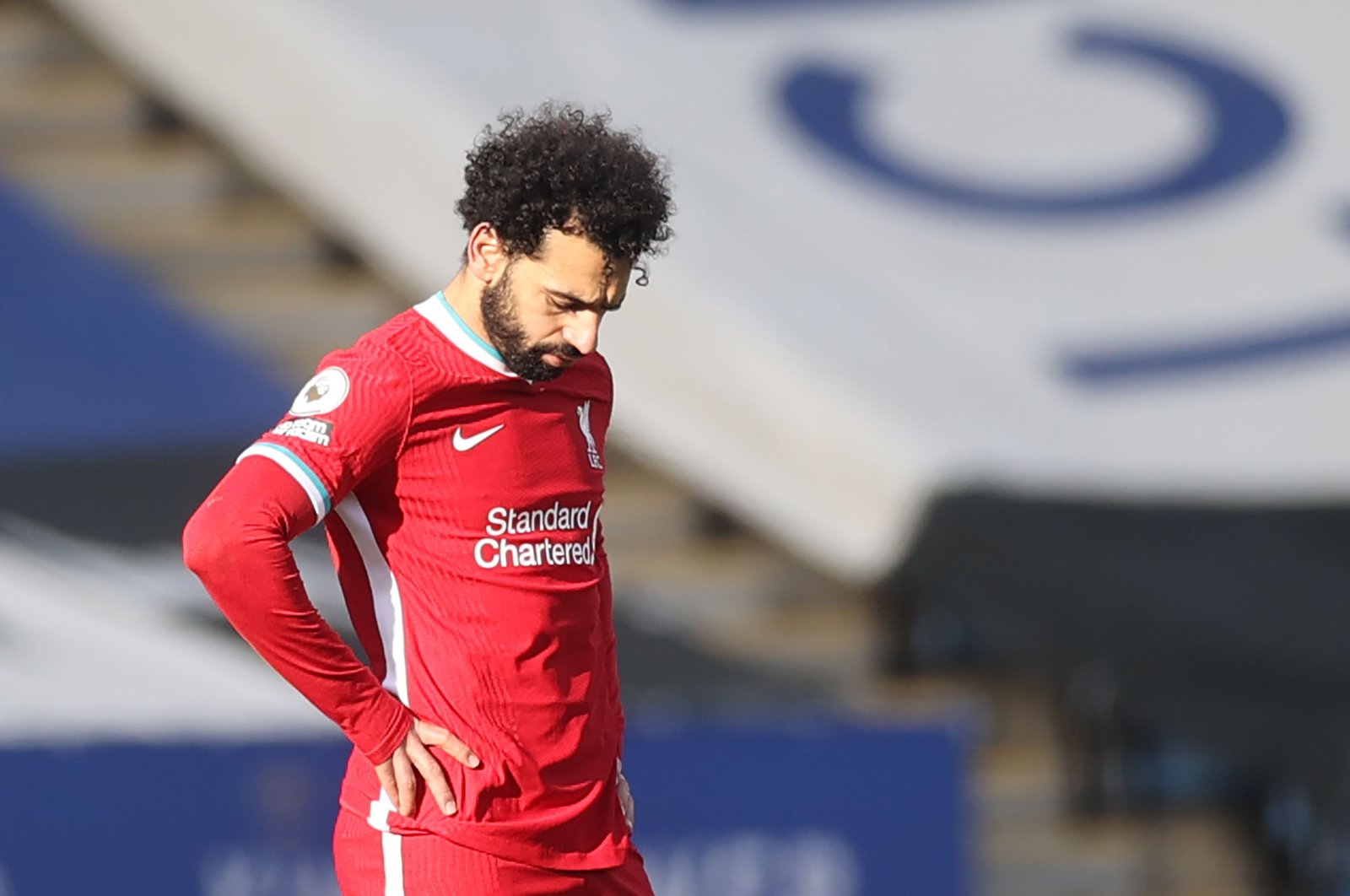 Leicester City scored three goals in seven minutes late in the second half to beat champions Liverpool 3-1 and go second in the Premier League.

"We're a top team and we know we will get chances," Maddison said.

"We were solid throughout. The more they started going for it the more space opens up for Barnesy on the counter-attack so we utilized that brilliantly I think."

Leicester is second, one point ahead of Manchester United, while Liverpool is fourth, five points further back and now facing a battle to finish in the top four.

Manchester City can extend their advantage at the top to seven points if they beat Tottenham Hotspur in one of Saturday's three other matches.

Liverpool gave Ozan Kabak a debut at center-back and they were much improved for the first hour, with a number of chances to score.

And when Salah placed a superb shot into the far corner on 67 minutes after nifty footwork from Roberto Firmino, it looked like they would win it.

But after Thiago gave away a free kick on the edge of the area – eventually confirmed by video assistant referee (VAR) – Maddison fired the free-kick into the net, a goal given by VAR after it was initially ruled out for offside against Daniel Amartey.

For the second match in succession, Liverpool goalkeeper Alisson then made a massive mistake in a mix-up with Kabak, allowing Vardy to run in on an empty goal.

"We conceded a goal, a really tough one to take, it was a turning point in the game on VAR," Klopp said.

"I have seen it and when they stop the situation it looks a clear offside – that's it. We changed too much with one goal, that's the criticism for us. We didn't react well."

Klopp said another mistake had cost them.

"On the pitch we were the clear dominant side," he said. "We had chances and then we concede two goals.