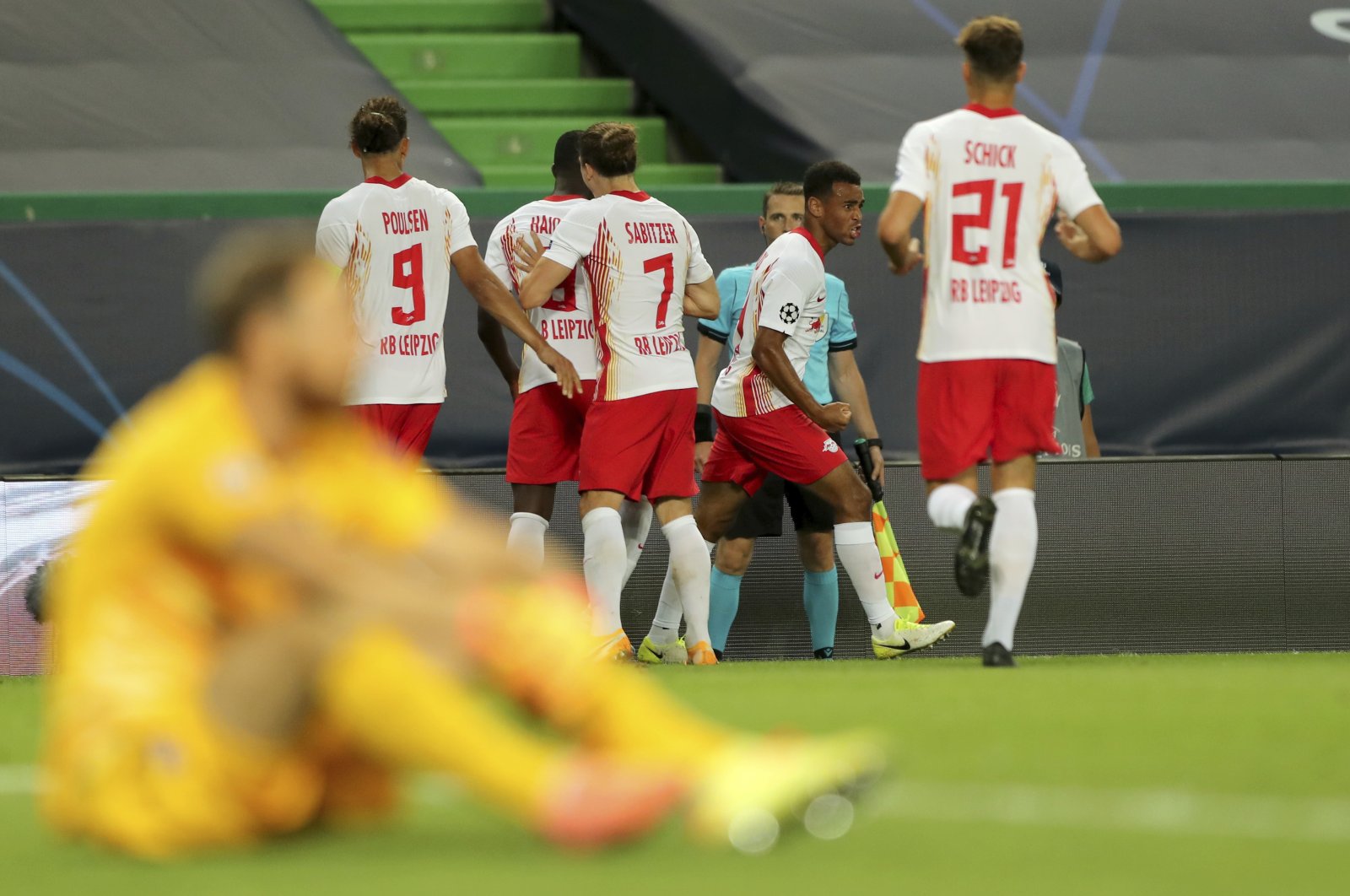 RB Leipzig stunned Atletico Madrid with a 2-1 victory in Champions League quarterfinals Thursday, to reach the competition's last four for the first time in the Bundesliga club's short history.

With two minutes of normal time remaining, United States midfielder Tyler Adams snatched victory with a deflected shot from outside the box to send his team through.

The German side had taken the lead in the 51st minute with a header from Spanish forward Dani Olmo but a disjointed Atletico were shaken into life when record signing Joao Felix came off the bench, earning and scoring a penalty to level in the 71st minute.

The result ended yet another title run for Atlético, which was seen as a big favorite to reach the semifinals but again will endure a disappointing elimination. Diego Simeone’s team knocked out defending champion Liverpool in the last 16 and was looking to return to the last four for the first time since 2017, a year after it lost its second final in three seasons.

Leipzig, founded 11 years ago with investment by Red Bull, will next face French powerhouse Paris Saint-Germain, which eliminated Atalanta in Wednesday’s quarterfinal in Lisbon.

The Champions League is finishing the season amid the coronavirus pandemic with a last eight tournament in Lisbon. The semifinals will be next week and the final will take place on Aug. 23.

Making only its second Champions League appearance, Leipzig looked more dangerous than Atlético during most of the match at the José Alvalade Stadium. Neither team created many significant chances but Leipzig threatened the most with its quick passing and player movement up front.

Some of that fast action in front of the area led to Olmo’s close-range header after a cross from the right side.

Atlético improved after Portuguese forward João Félix came off the bench in the second half, and he equalized from the penalty spot after being fouled inside the area. Félix, a former Benfica star, was playing at the stadium of rival Sporting Lisbon.

Atlético seemed in control after equalizing but couldn’t stop the late breakaway that ended the team’s title hopes again.

“I'm convinced that we gave everything we had,” Simeone said. “But it wasn't enough. We have to raise our heads and try again next season.”

Adams, who entered the match in the 72nd, picked up a pass from the left side and sent a low right-footed shot that deflected off Atlético defender Stefan Savic and took goalkeeper Jan Oblak out of action.

Leipzig was making its debut in the knockout round after one previous appearance in the group stage of the European competition. It eliminated Tottenham in the round of 16, but entered the last eight without top scorer Timo Werner after he joined Chelsea.

“Tonight we’re happy, tomorrow we’ll start looking at (PSG),” Leipzig coach Julian Nagelsmann said. "That will be another difficult game, but we’ll have a plan.”