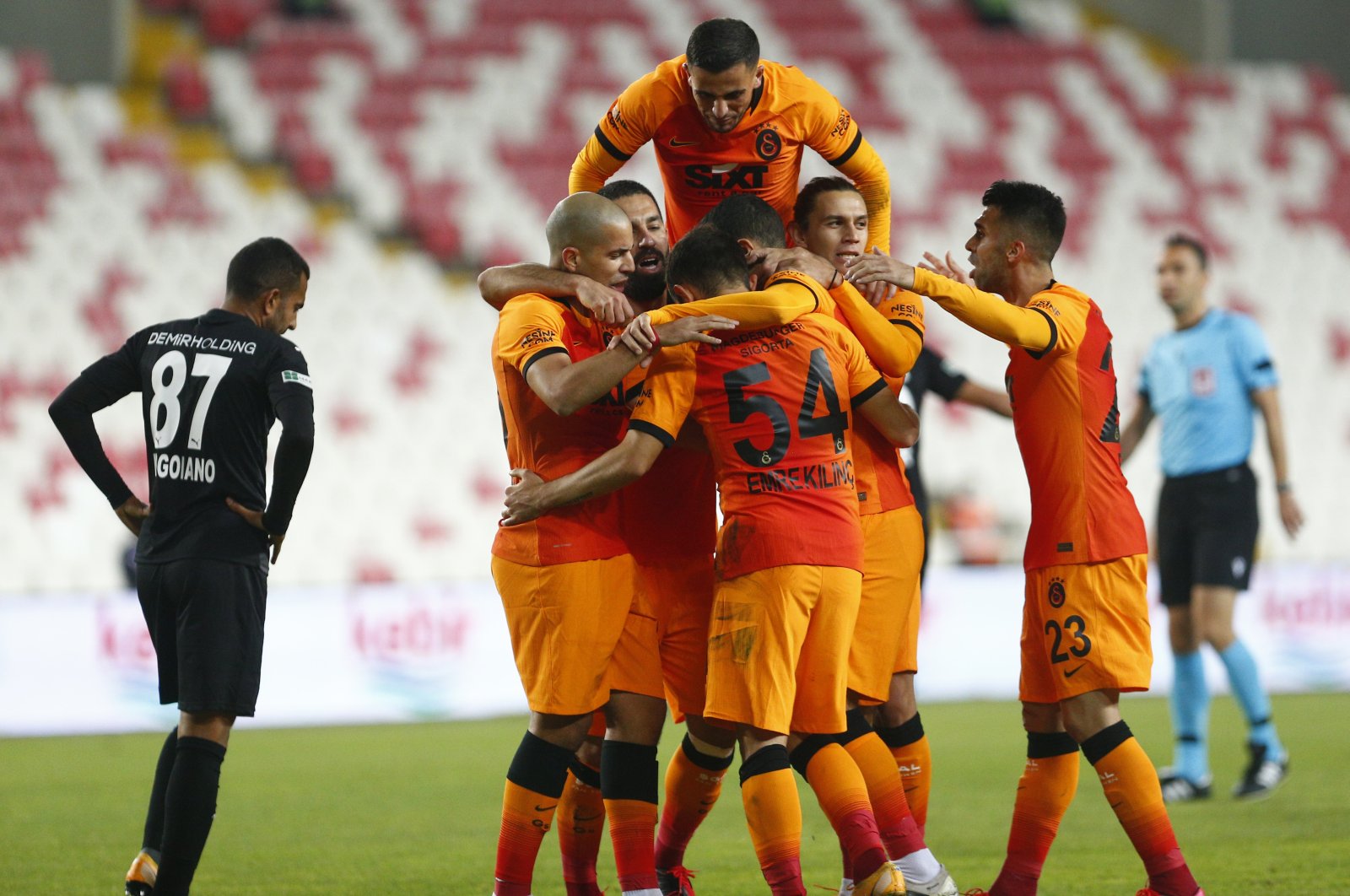 The defeat against Alanyaspor three weeks ago was not only a loss of three points for Galatasaray but also a complete strategic beating. The surprise leader of the Süper Lig, Alanyaspor, outperformed Galatasaray in almost all aspects. Both physically and tactically, young manager Çağdaş Atan’s squad showed an extraordinary performance against Fatih Terim’s team.

Galatasaray’s more or less stable game so far was seriously shaken, as Terim’s talented but physically underwhelming group failed to dominate the game or show their abilities. The result was a bunch of individual talents like Emre Akbaba, Ryan Babel, Emre Kılınç and Radamel Falcao wandering aimlessly in Alanyaspor’s half, while their teammates on defense were experiencing continuous shockwaves by Alanyaspor's Blitzkrieg.

Having this nightmare in mind, Terim swiftly turned to a more cautious and less dominant game in the following weeks. After two unconvincing victories against weaker sides like Erzurumspor and Ankaragücü, Europa League contender Sivasspor was a serious test. Terim started the game far different than how he had against Alanyaspor, pushing his team deep into its half when Sivasspor had the ball, leaving no men in Sivas’ side for counterattacks.

Knowing that Sivasspor plays a similar game to Alanyaspor but in a less effective way, the manager was very careful about the initial passes in buildups. The key to beating Galatasaray until the Alanyaspor match was to press the center-back Marcao to disrupt the buildup from the beginning.

Against Sivasspor, Terim created a very interesting passing triangle to solve this issue, involving goalkeeper Okan Kocuk, Marcao and defensive midfielder Taylan Antalyalı. These three players were dynamic in their positioning in which the player with the ball always found a passing option.

Against this new formula, Sivasspor’s counter-pressing became quite ineffective. Galatasaray not only elongated the length of their game horizontally but also found a sophisticated way to get out of the initial press by establishing a passing pattern. Because Sivasspor’s pressing pattern is not sophisticated or organized enough to repeat after the initial attempt, Galatasaray was able to come to Sivasspor’s half with ease. It took longer than usual, as most of the players had to travel from one half to another due to Terim’s defensive precautions, but it was effective.

So, the lesson from these two campaigns should be very clear for Terim. Galatasaray is an old but talented team that requires a horizontally shorter game and sophisticated passing patterns in defense.

The rest is mostly handled by the talented forward line of the squad, which specializes in creating opportunities in tight spaces. As long as Terim keeps this team’s stamina fresh by not making them run too much, Galatasaray will always have a chance against physically dominant teams.