Leverkusen, Bayern meet to break tie at top of Bundesliga 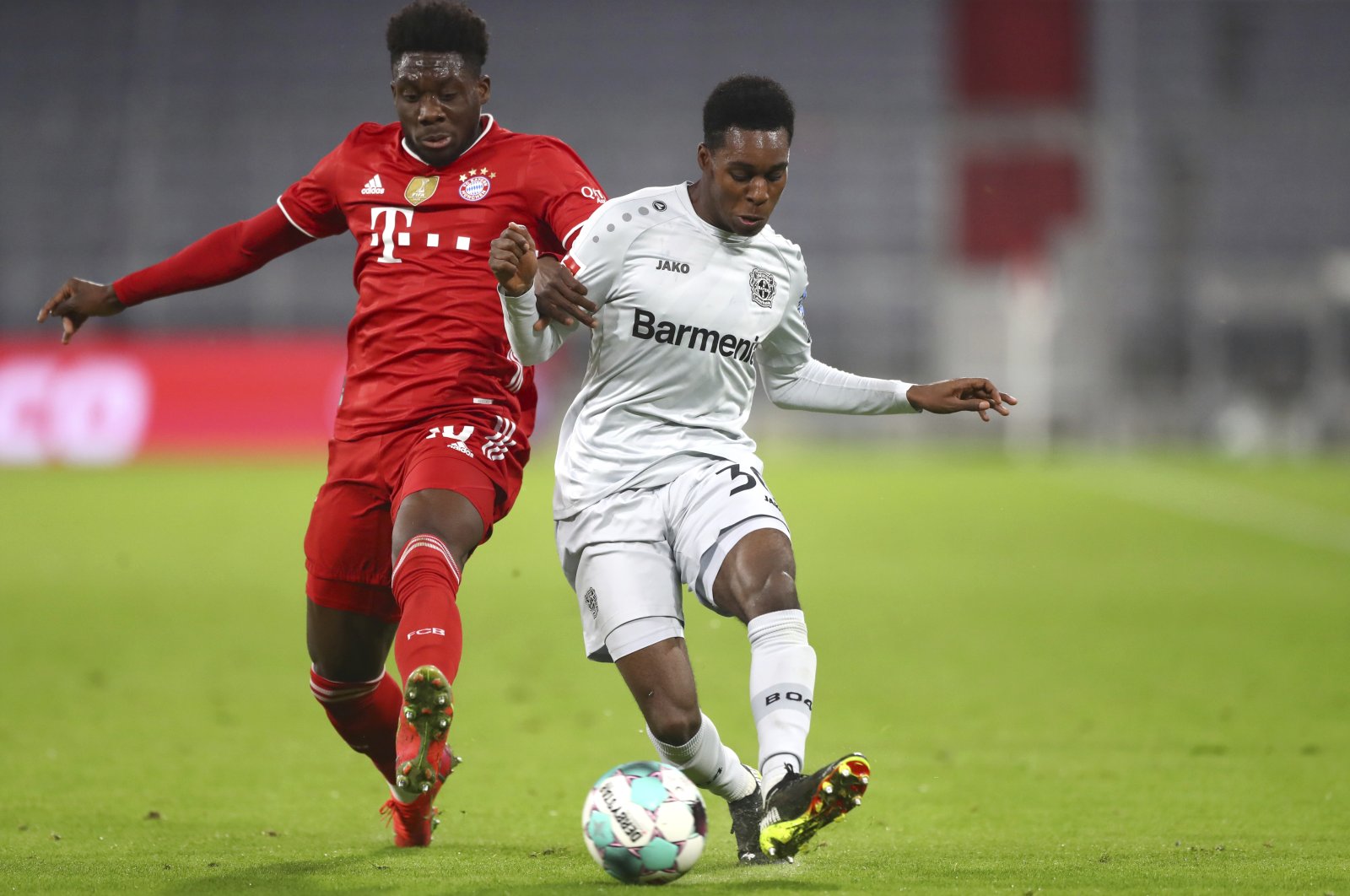 Bayern's Alphonso Davies (L) and Leverkusen's Jeremie Frimpong compete for the ball during a Bundesliga match at the Allianz Arena stadium in Munich, Germany, April 20, 2021. (AP Photo)
by REUTERS Oct 15, 2021 10:08 am
RECOMMENDED

Enjoying a three-game winning run in the Bundesliga, Bayer Leverkusen could not have hoped for a better time to meet champion Bayern Munich in Sunday's top-of-the-table clash.

Leverkusen has been superb this season, showing consistency and playing an exciting, attacking brand of football under its new Swiss coach Gerardo Seoane as it prepares to host a Bayern side, which leads the table only on goal difference.

In total, Leverkusen has netted a club record 20 times in its first seven league games for the second-best attack in the Bundesliga, with Patrik Schick being its top scorer with six.

"The new coach has contributed greatly to this (unity)," Leverkusen's Kerem Demirbay told a Sport 1 broadcaster.

"He has a clear philosophy and he has lived it since day one here. The team understands that and goes along. He expects us to show a good mentality, team spirit, and to perform as one unit."

Seoane's Bundesliga start has so far been a success but it was a similar situation last year with Leverkusen facing Bayern midway through the season in a top-of-the-table clash but then finishing sixth to miss out on Champions League football.

The coach can count on midfielder Charles Aranguiz after the Chile international was sent off against Paraguay in a World Cup qualifier last week and was suspended for Thursday's match against Venezuela, returning to Leverkusen sooner than expected.

Bayern is aiming for a record-extending 10th league title and stands at 16 points while leading the league with 24 goals. The team has few weaknesses, but one has been dealing with counterattacks.

The Munich side paid the price for some sloppy defending with a 2-1 loss at home to Eintracht Frankfurt on the previous matchday. Julian Nagelsmann's team will be working hard to avoid that against a team with a more lethal attack than Frankfurt's.

"Leverkusen is extremely consistent and I am looking forward to the top game," Nagelsmann told Munich's Abendzeitung in an interview. "Florian Wirtz is an outstanding player. When you see how young their players are it is pretty impressive."