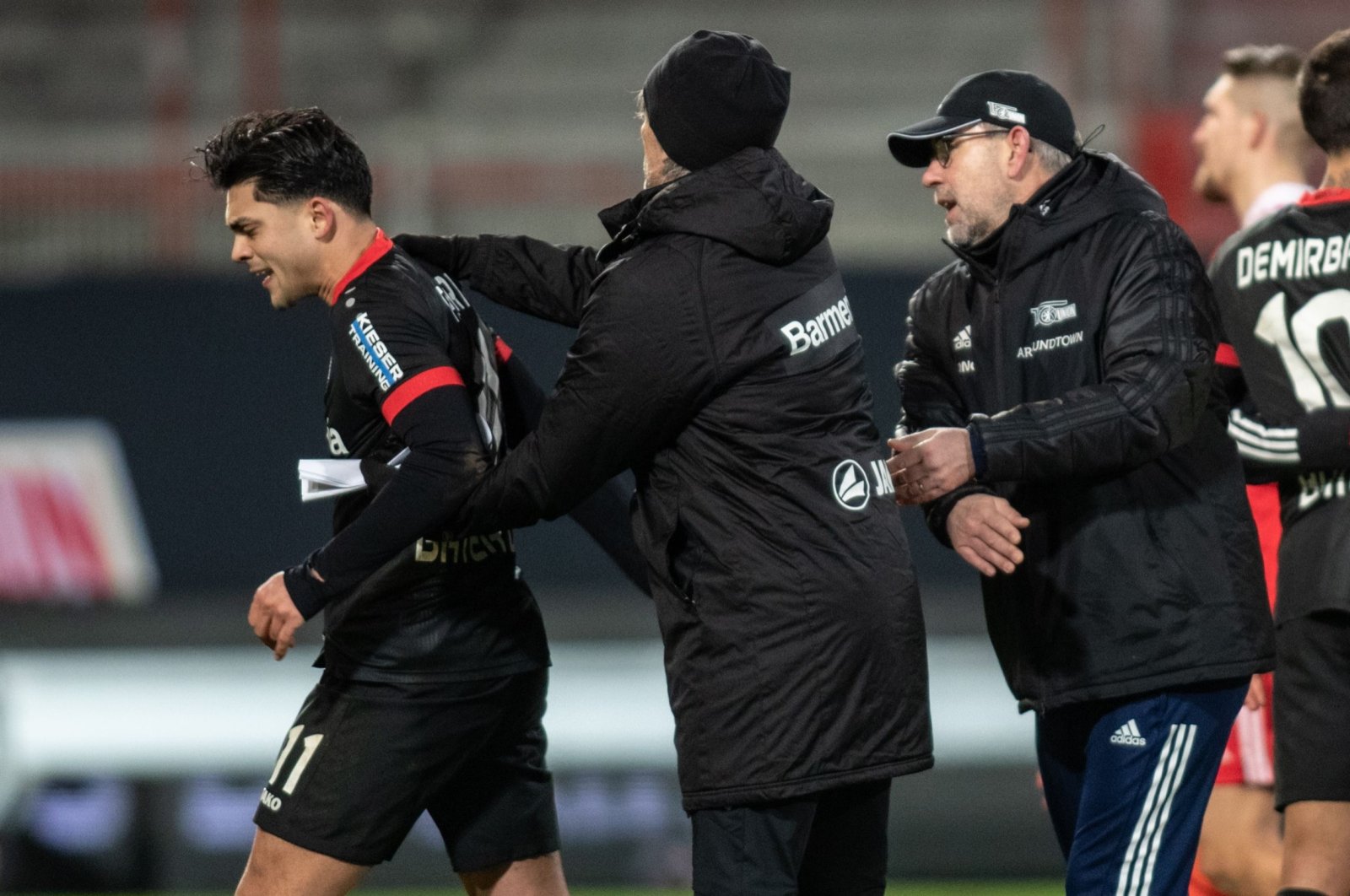 Bayer Leverkusen player Nadiem Amiri has accepted an apology from an unnamed Berlin Union player who made a racist remark toward him during a Bundesliga match between the two teams, Leverkusen said Saturday.

"He came to me in the dressing room. Unpleasant words were uttered out of the emotions in the match, and he is very sorry for them. He assured me in a very credible way, therefore the issue is over for me," Amiri was quoted as saying by Leverkusen on Twitter.

Leverkusen player Jonathan Tah had revealed to streaming portal DAZN after Friday's game that Amiri was the target of a racist remark in connection with his Afghan descent.

Tah said he heard the insult "sh**ty Afghan" aimed at Amiri and wants the German Football Association (DFB) to investigate.

Footage showed that Amiri was visibly upset on the pitch after the incident shortly before the end of the game, with Union coach Urs Fischer among those trying to calm him down.

"We will try to clear it up. Such things have no place on a football pitch. This certainly has to be looked back on," Fischer told the post-game news conference.

Leverkusen player Kerem Demirbay did not want to comment on the issue but said that the referee did not really have the situation under control. The referee report is a key criterion for a possible probe by the DFB.

The incident cast a shadow over Union claiming another major Bundesliga scalp at home, four weeks after an upset win over Borussia Dortmund.

The 24-year-old made amends for squandering a golden chance six minutes after the break when his shot beat Lukas Hradecky, smashed against the post and rolled agonizingly along the goal-line and away to safety.

"I don't think any teams like playing us here. It's a lot of fun playing in this team at the moment," said Teuchert.

Teuchert had replaced Dutch striker Sheraldo Becker, who was helped off on 24 minutes with an ankle injury.

On Saturday, RB Leipzig can go top of the table if they beat Wolfsburg.

Bayern is under pressure after last weekend's league defeat at Borussia Moenchengladbach and the midweek German Cup exit at second division Holstein Kiel.