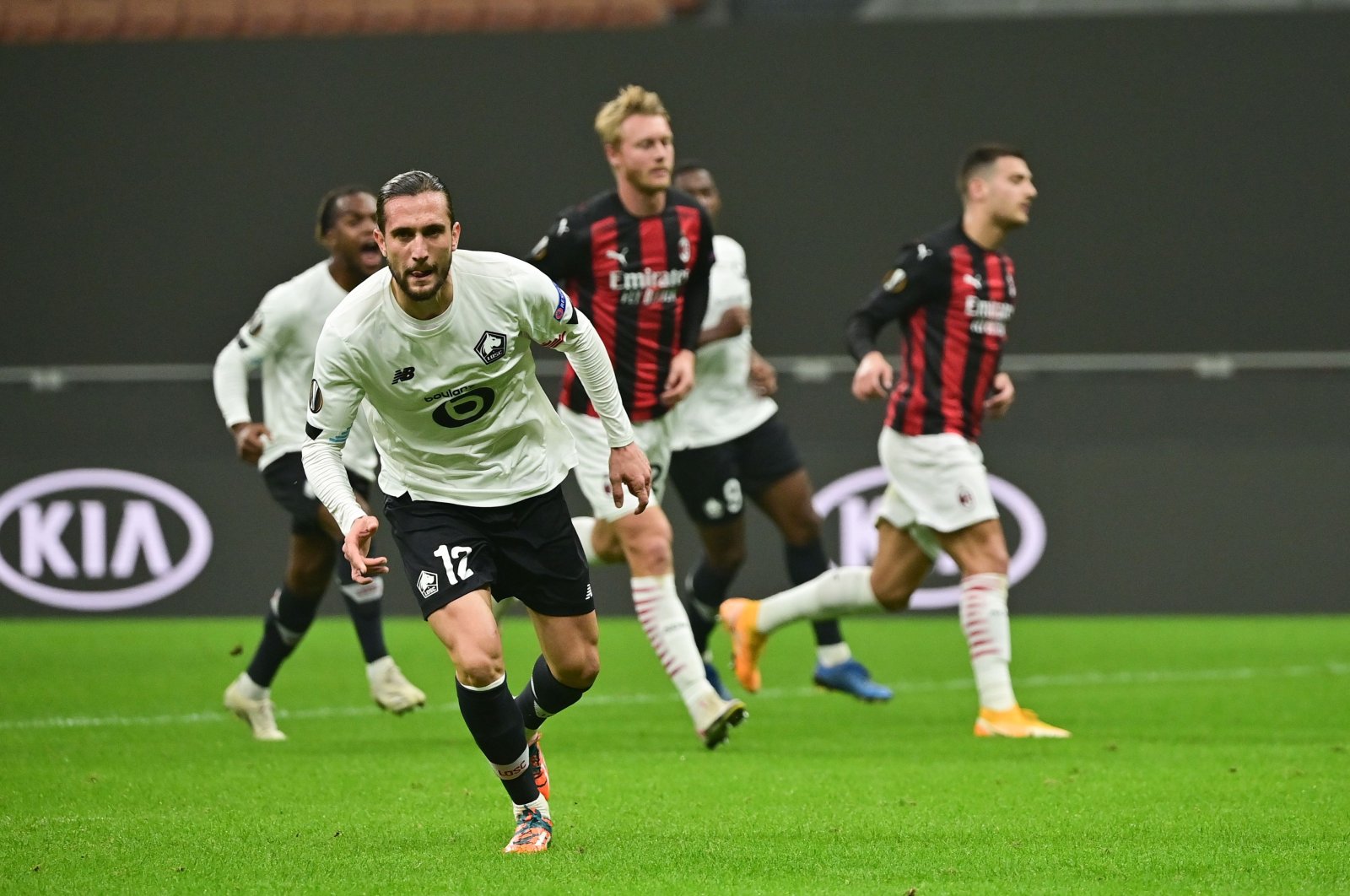 Turkish international Yusuf Yazıcı scored his second hat trick in Europa League as Lille stunned Milan on Thursday to halt a 24-match unbeaten streak that dated back to last season.

The 39-year-old Ibrahimovic had been one of the stories of the early part of the season after firing seven goals in four league games to take the Italian giants top of Serie A, but it was Yazıcı, who is yet to start in Ligue 1 this season, who stole the show at the San Siro.

After earning a penalty, Yazıcı sent Milan goalkeeper Gianluigi Donnarumma the wrong way to put the visitors ahead in the 22nd minute.

The Turkish midfielder doubled the lead five minutes into the second half with a shot from outside the area that bounced in front of the keeper.

He completed the scoring three minutes later with a left-foot shot to finish off a counterattack.

It was Yazıcı's second Europa League hat trick of the season following his treble in Lille's 4-1 win over Sparta Prague in the opening round of fixtures, taking his European tally to six.

His hat trick on Thursday put Lille at the top of Group H, with one point ahead of Milan, which lost for the first time since football returned from the coronavirus lockdown in March.

Meanwhile, Sparta Prague’s Julis also scored a hat trick to help his side earn its first points of the campaign by upsetting Celtic 4-1. Following the victory, Sparta sits third, followed by Celtic at the bottom with one point.