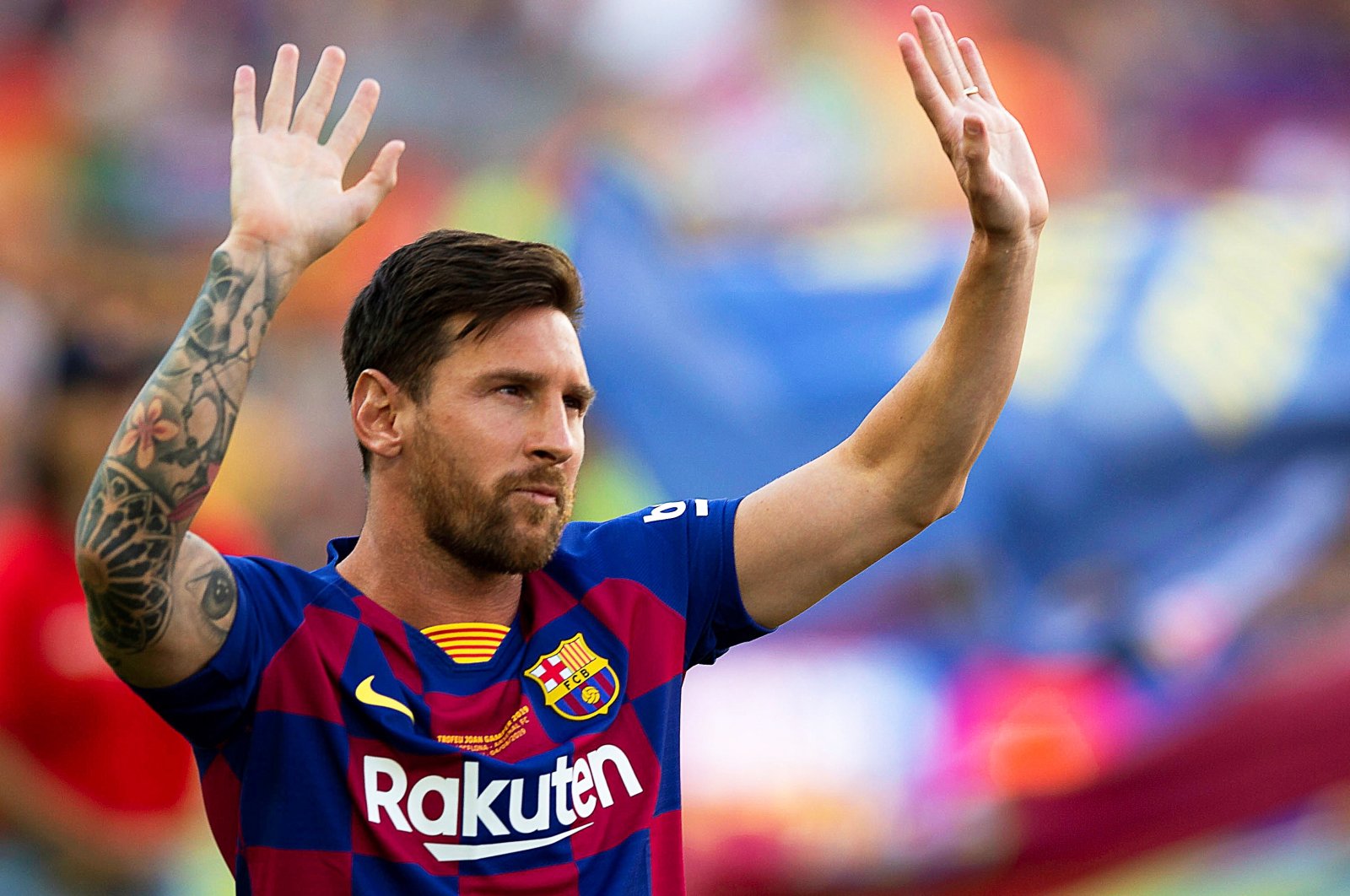 Having clocked dozens of titles, hundreds of goals and countless records, Lionel Messi's spectacular career at Barcelona could be coming to an end after a terrible season for the Catalan club

Messi told Barcelona Tuesday that he wanted to leave after nearly two decades at the club, having grown unhappy after a trophy-less season ended with a humiliating loss to Bayern Munich in the Champions League.

Barcelona confirmed to The Associated Press (AP) that Messi had sent the club a document expressing his desire to leave.

However, the club hinted that a legal battle could be brewing and said it would not automatically grant the Argentine great his wishes. Barcelona said it had told Messi in response that it wants him to stay and finish his career at the club.

The dispute centers around a clause in Messi's contract.

Barcelona said the document sent by Messi referenced a clause allowing him to leave for free at the end of the season. However, the club said the deadline for triggering that clause expired in June and that it would seek legal advice. Messi’s contract also includes a 700 million euro ($826 million) buyout clause.

The Spanish season would normally have ended in May but was pushed back because of the coronavirus pandemic.

“If Messi is to leave Barcelona by activating a release clause, then I hope the club (tries) to help, not hinder him,” former England and Barcelona striker Gary Lineker said on Twitter. “He’s been fiercely loyal and their greatest ever player. It would be terribly sad if it finished with a fight between the player and the club.”

If Messi can leave for free, he will have no shortage of suitors. However, only a handful of clubs could realistically afford to pay his wages even without a transfer fee – with mega-rich Paris Saint-Germain and Manchester City widely seen as perhaps the most likely destinations.

The 33-year-old has earned a record six Ballon d’Or awards during his time at Barcelona as the top player in the world and has helped the club win 10 Spanish league titles and four Champions League crowns.

Messi's announcement came 11 days after Barcelona’s humiliating 8-2 loss to Bayern in the Champions League quarterfinals, one of the worst defeats in the player’s career and the club’s history.

The defeat capped a difficult season for Barcelona – the first without a title since the 2007-08 season – igniting one of its worst crises ever.

Messi had been outspoken about his dissatisfaction with some of Barcelona's decisions this season, talking about the team’s problems and contesting club directors. Sporting director Eric Abidal, who was criticized by Messi, left the club last week.

Messi had been silent since the loss to Bayern, though, raising doubts about his future. The defeat may have been the tipping point for the playmaker. He and his teammates faced furious Barcelona fans who confronted them and criticized the team at the club’s training center after the squad returned from Portugal.

Club president Josep Bartomeu had said he was confident that Messi would finish his career with Barcelona and that he was a crucial part of incoming coach Ronald Koeman's plans for the team.

Koeman met with Messi last week and the player reportedly told the Dutchman that he saw himself more out than in at the club at that moment.

The coach reportedly had already told other key pieces of the squad that they were not in his plans, including Luis Suárez, Arturo Vidal, Samuel Umtiti and Ivan Rakitic.

After the loss to Bayern, Barcelona announced it would make “profound” changes to the first team and a “wide-ranging” restructuring of the club. The changes began with the firing of coach Quique Setien a few days after the Champions League defeat in Lisbon, and new presidential elections were called for March.

Spanish media said an emergency board meeting was expected to take place on Wednesday when the club had already scheduled the official presentation of forward Francisco Trincão.

Messi arrived at Barcelona as a teenager in 2001, joining the club’s famed La Masia youth academy. His first-team debut occurred in 2003 as a 16-year-old, and since then he has led Barcelona to 34 titles. He holds most individual records at the club, scoring 634 goals and making 276 assists in 731 appearances with the club.

Former Barcelona defender Carles Puyol, who was the club captain during much of Messi's career, tweeted his support to the Argentine.

“Respect and admiration, Leo,” Puyol wrote. “You have all my support, friend.”