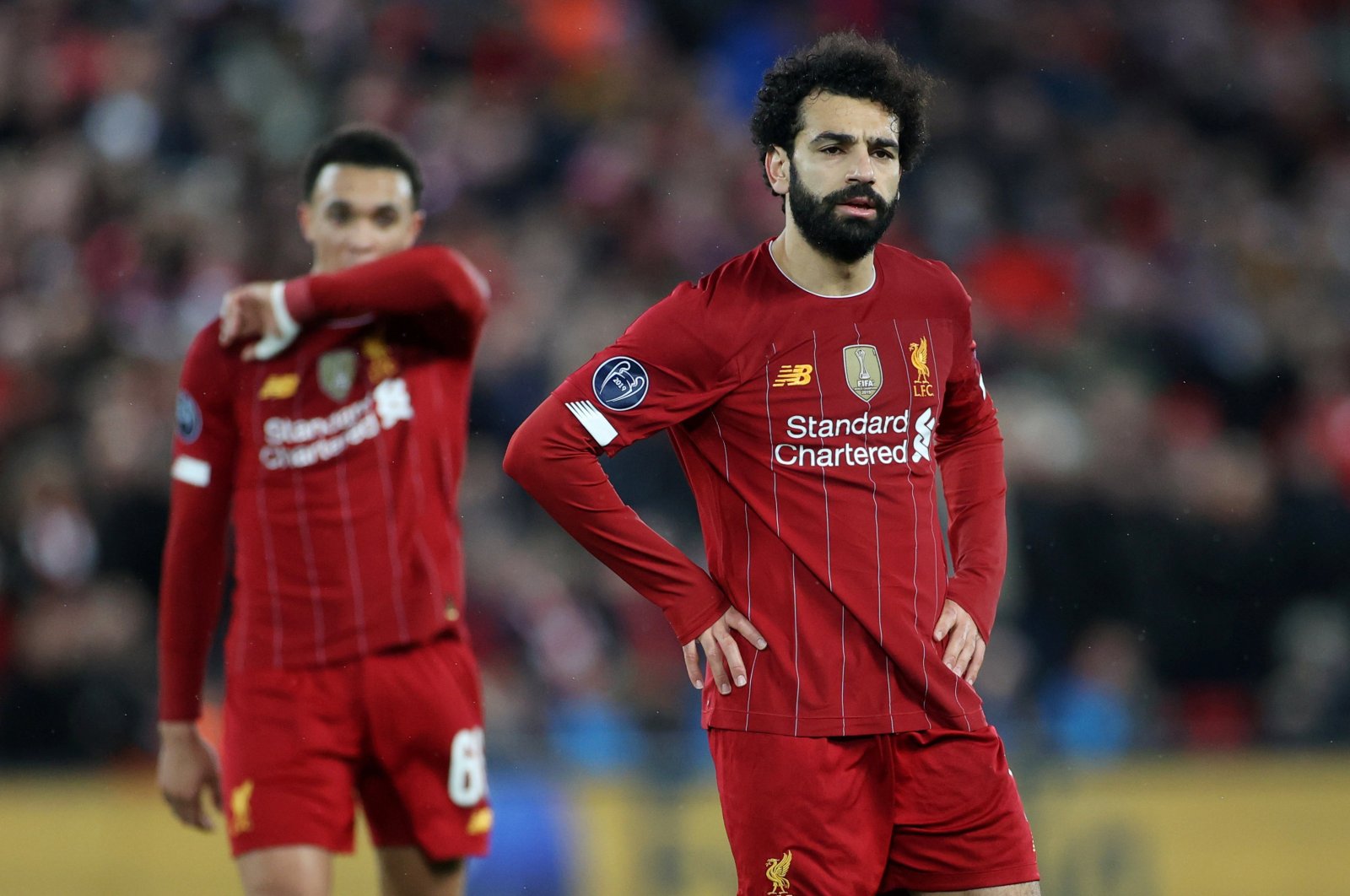 English Premier League players failed to reach an agreement Saturday with clubs to take a 30% pay cut during the coronavirus pandemic, escalating a bitter public row as their union claimed the government would lose out on more than 200 million pounds (around $245 million) in tax.

“This would be detrimental to our NHS (National Health Service) and other government-funded services,” the Professional Footballers’ Association (PFA) said in a statement.

Taking on the Premier League as a whole, the PFA said the 20 million pounds being given to the NHS by the world's richest football organization was “welcome, but we believe it could be far bigger.”

The union's strident stance came after further talks Saturday involving clubs and the league as Liverpool became the latest Premier League side defying political anger by using a government bailout scheme to furlough a number of non-playing staff.

The government said it was “concerned” by the standoff between players and their clubs.

“People do not want to see infighting in our national sport at a time of crisis,” tweeted Culture Secretary Oliver Dowden, whose cabinet brief covers sports. “Football must play its part to show that the sport understands the pressures its lower-paid staff, communities and fans face.”

Under a job retention scheme implemented to help businesses survive the national lockdown, staff can be put on furlough and receive 80% of their salaries from the government, up to a maximum of 2,500 pounds a month.

Liverpool said it would top up salaries to ensure staff still received the full amount but that still means using public funds to pay some staff. Former Liverpool defender Jamie Carragher called that a “poor” move, saying “respect and goodwill is lost" by the club.

Former Liverpool player Stan Collymore was even more forthright, tweeting: "I don't know of any Liverpool fan of any standing that won't be anything other than disgusted at the club for furloughing staff."

Another former Anfield star, Germany's Dietmar Hamann tweeted: "Astonished by the news that @LFC takes advantage of the furlough scheme to claim 80% of non-playing staff wages back off the government.

"That's not what the scheme was designed for. Contrary to the morals and values of the club I got to know."

The European champions have been owned for a decade by John Henry’s Fenway Sports Group, which also presides over the Boston Red Sox. Liverpool made a pre-tax profit of 42 million pounds on a turnover of 533 million pounds last year and it said “complex” talks continue with players about savings on salaries.

A meeting of Premier League clubs on Friday had ended with agreement on the need to ask players to see 30% of their pay cut or deferred. But the standoff between the players' union and clubs continues.

“The players are mindful that... the combined tax on their salaries is a significant contribution to funding essential public services – which are especially critical at this time,” the PFA said in a statement. “Taking a 30% salary deduction will cost the Exchequer (treasury) substantial sums.”

If the season cannot be completed, the Premier League could owe broadcasters a reported 762 million pounds. Burnley, which has nine of its 38 games remaining, estimates a cash shortfall of 50 million pounds.

The union raised the prospect of a lengthy spell without games. Reducing pay by 30% over a year equated to 500 million pounds, the PFA said, claiming the government would lose out on more than 200 million pounds in tax.

“What effect does this loss of earning to the government mean for the NHS?” the PFA statement continued. “Was this considered in the Premier League proposal and did the health secretary, Matt Hancock, factor this in when asking players to take a salary cut?”

The PFA said players would still like “precise details of our commitment” settled, recognizing a need to help their clubs, non-playing staff, lower-league sides and the health service.

“However, to achieve a collective position for all Premier League players – of which there are many different financial and contractual circumstances from club-to-club – will take a bit more time," the union said.

There are moves to cut costs at the English game's governing body, the Football Association, with the national teams unable to play and the FA Cup suspended. Broadcaster Sky Sports reported Saturday that England manager Gareth Southgate had agreed to a 30% pay cut.

“The financial implications of the coronavirus are not yet known, however, as a not-for-profit organization, we want to ensure that we take the appropriate course of action to support the wider organization and our employees,” the FA said. "We will make a further announcement on our next steps in due course.”

Like many other countries, Britain is in effective lockdown, with schools, bars, restaurants and many businesses shut to help slow the spread of the new coronavirus. The government's latest data on Saturday showed 4,313 people with COVID-19 have died in British hospitals, an increase of 708 on the previous day.

The coronavirus causes mild or moderate symptoms, such as fever and cough, for most people. But for others, especially older adults and people with existing health problems, it can cause severe pneumonia and death.