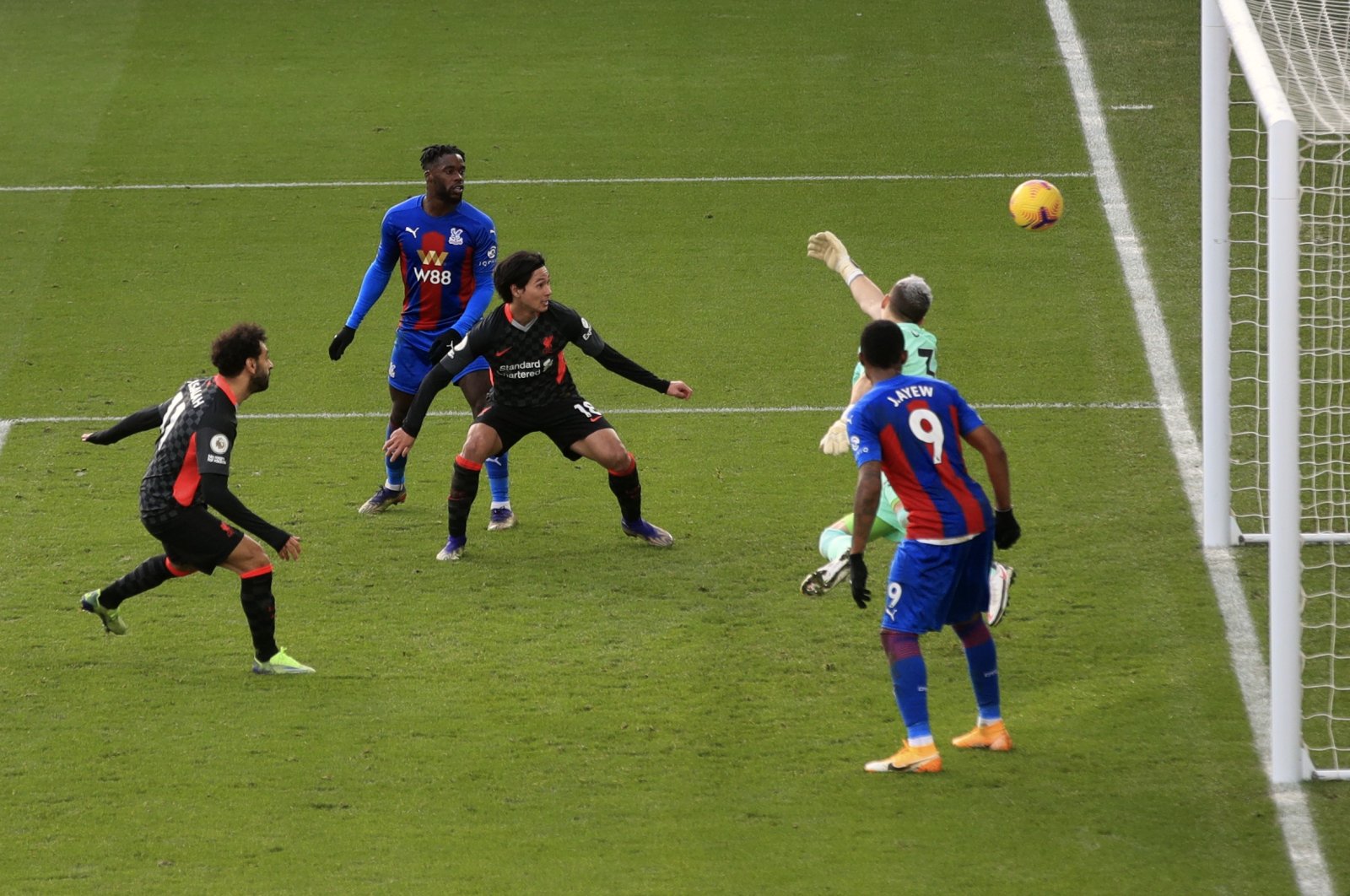 Liverpool ended a three-month wait for an away wins in the Premier League in record fashion with a 7-0 thrashing of Crystal Palace Saturday to move six points clear at the top of the table.

Mohamed Salah made sure he had the final say after being dropped from the starting lineup on Saturday, scoring twice after coming off the bench.

The Premier League's top scorer was unusually benched – by coincidence or not – hours after an interview was published in which he flirted with a move to Spain and grumbled about not captaining the English champions.

The Reds netted seven goals from eight shots on target to secure an away top-flight win by that margin for the first time in their history, breaking a previous record set in 1991.

With Salah not starting, it was a rare chance for Roberto Firmino and one the striker seized with his first double in a Premier League game in 650 days. Salah was the provider of Firmino's second in the 68th minute.

This ruthless attacking display began with Takumi Minamino scoring his first league goal exactly a year after his transfer was announced by Liverpool.

Sadio Mane and captain Jordan Henderson were also on target. "We don't just look at the scoreline, I thought we were very good midweek and again today so we just need to keep the momentum going and work hard," Henderson told BT Sport.

"It was coming I felt as over the last few games we've had chances and not taken them, which has cost us at times."

Unlike when Palace held Tottenham last Sunday, no fans were allowed into Selhurst Park for the visit of Liverpool with London now subject to more stringent coronavirus restrictions again.

Liverpool boss Jurgen Klopp was delighted with his side's dazzling performance in front of goal at Selhurst Park.

"Our finishing in the first half was clinical. Then 3-0 up at halftime the game is not finished but we controlled the game and scored wonderful goals," he said.

Liverpool will now have a short Christmas break before facing West Bromwich Albion, Newcastle United and high-flying Southampton in a nine-day period starting on Dec. 27.

"Christmas will be good, but the season is not finished, there are a few games to come but we will be ready," Klopp added.

Due to the late start to the campaign, there are still nearly two-thirds of the season to go, but Liverpool has so far survived an injury crisis and should only get stronger with more players returning and the chance to cover for Virgil Van Dijk's long-term absence by buying a center-back in January.

Klopp has repeatedly bemoaned having to play Saturday lunchtime kick-offs after Wednesday night games, but his side suffered no hangover from their exertions against Spurs.

"The boys are capable of that. It will not happen every week but it can happen," added Klopp. "It just clicked today. After a really intense period for the boys, they should be really proud of how they came through that results wise."