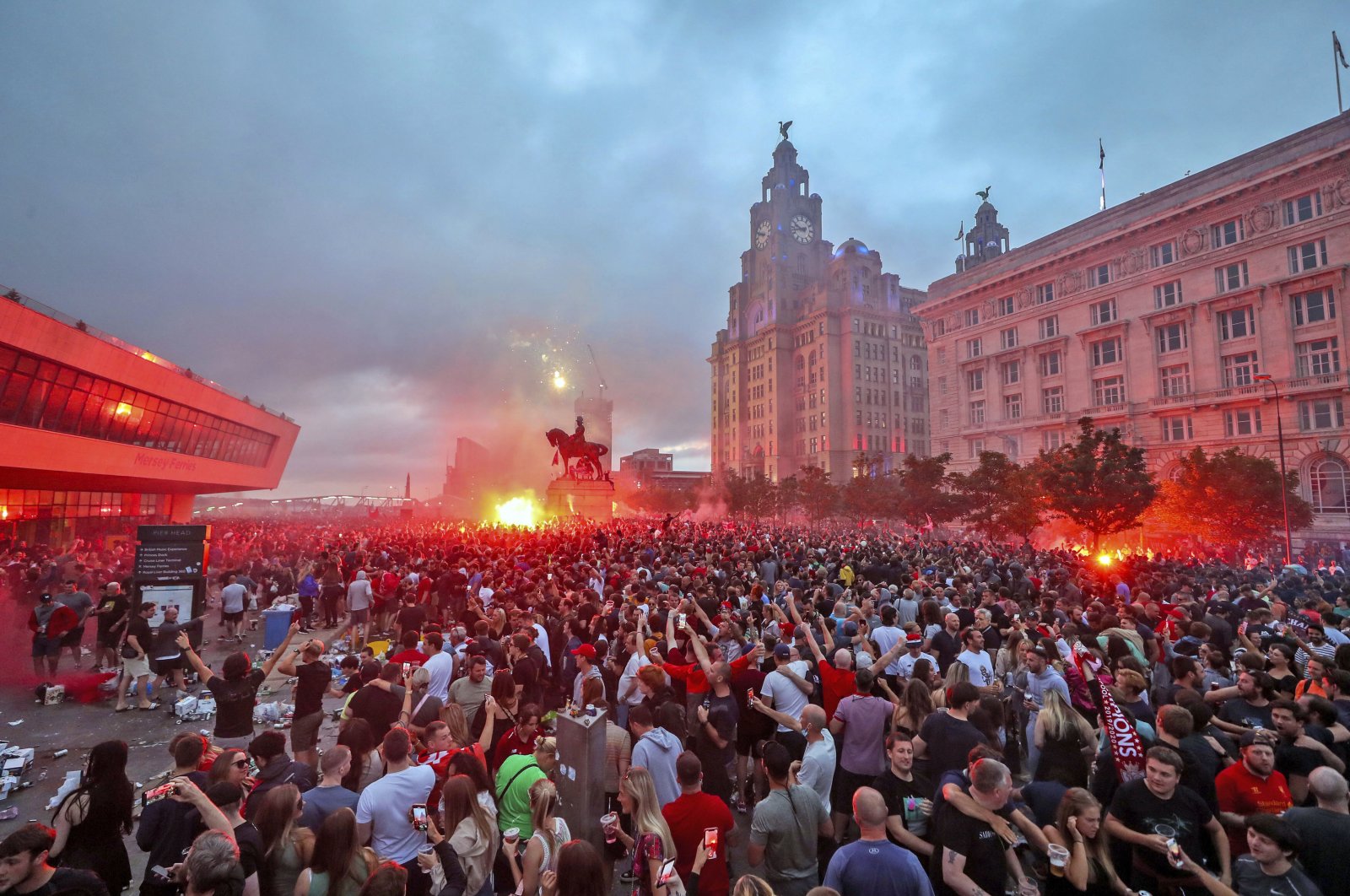 English champion Liverpool has condemned the behavior of crowds of fans who gathered in the city to celebrate the club’s Premier League title win after a 30-year wait.

Merseyside Police issued a dispersal order for Liverpool city center on Friday night. This allowed police to disperse crowds who had gathered on the Pier Head, after part of the Liver Building caught fire amid the wild celebrations despite the coronavirus pandemic.

A joint statement on behalf of the club, Liverpool City Council and Merseyside Police was issued on Saturday.

It said: “Several thousand people turned up at the Pier Head on Friday June 26 and some chose to ignore the social distancing guidance and risk public safety. Our city is still in a public health crisis and this behavior is wholly unacceptable."

The statement added: “When it is safe to do so, we will all work together to arrange a victory parade when everyone can come together to celebrate."

Four fire engines were sent to the Liver Building, where they extinguished a blaze on a balcony, a Merseyside Fire and Rescue Service spokeswoman said. The extent of the damage was not known.

The Liverpool Echo carried video that appeared to show glass bottles being thrown at police.

On Saturday the area was left littered with discarded bottles and rubbish and council street cleaners were on site.