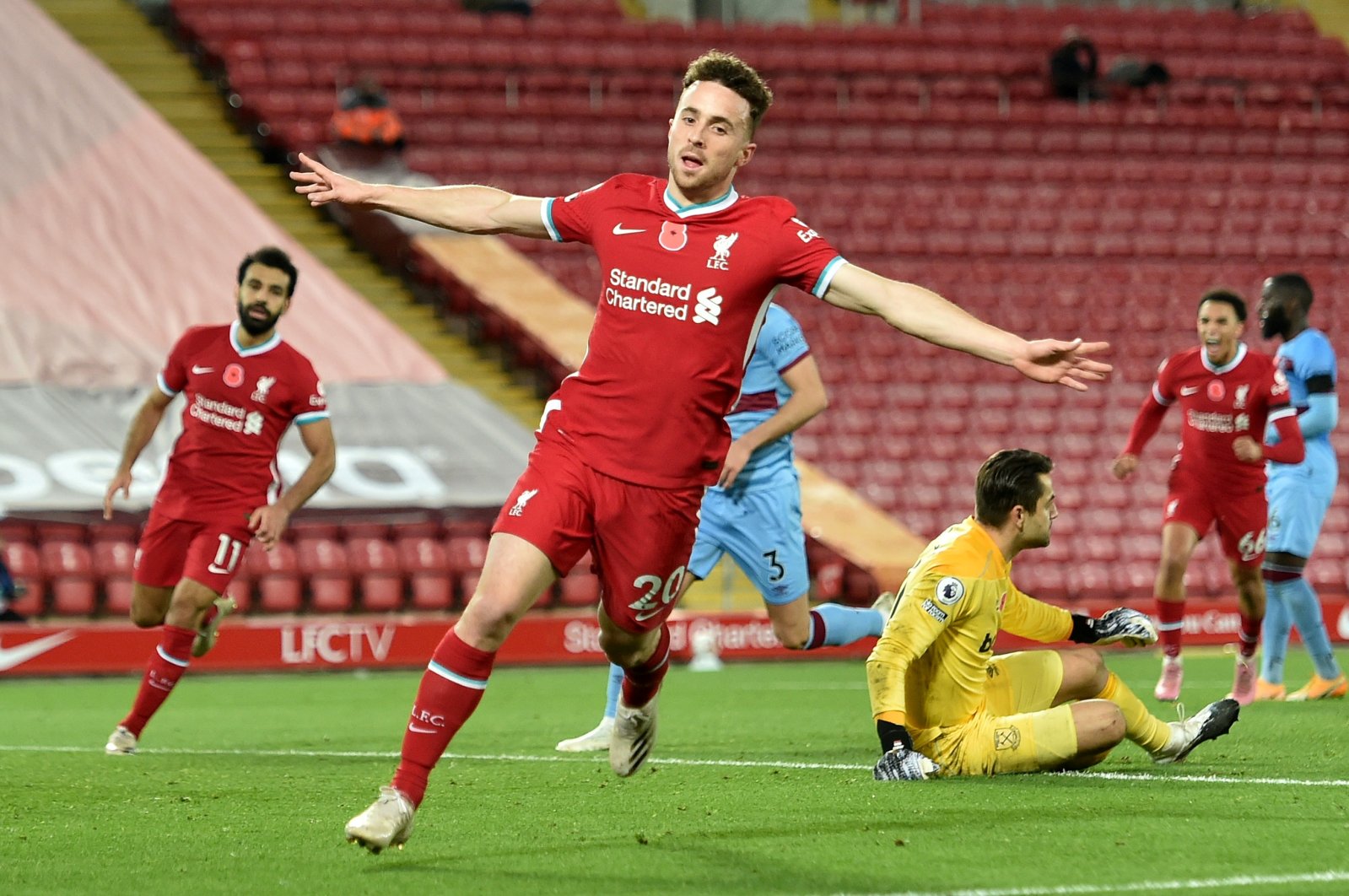 Diogo Jota continued his fine scoring streak with a hat trick as Liverpool thrashed Atalanta 5-0 in the Champions League on Tuesday.

Jota, who signed from Wolverhampton in September for a reported fee of 41 million pounds ($52 million), took his tally to six goals in his last four matches as he strengthened his case for a regular spot in the starting lineup instead of the misfiring Roberto Firmino.

Mohamed Salah and Sadio Mane also scored in a frantic start to the second half.

It was the first time Liverpool has won its opening three Champions League matches and saw Jürgen Klopp’s side extend its lead at the top of Group D. Liverpool is five points above Atalanta and Ajax, which won 2-1 at Midtjylland.

Jota was chosen alongside Salah and Mane, with Firmino dropped to the bench, and the Portuguese forward almost gave Liverpool the lead within two minutes. He waltzed past Hans Hateboer – who had to pass a late fitness test – but his angled drive was smothered by Atalanta goalkeeper Marco Sportiello.

The visitors had several other chances before breaking the deadlock in the 16th minute when Jota sprung the offside trap to run onto a through-ball from Trent Alexander-Arnold, held off Jose Luis Palomino and dinked the ball over Sportiello.

Jota doubled his and Liverpool’s tally in the 33rd as he hooked down a ball from Joe Gomez and swiveled to fire into the bottom left corner.

Atalanta had come back from two goals down to draw 2-2 against Ajax last week but three goals in seven minutes early in the second half put paid to any hopes of a similar comeback.

First, Atalanta's corner was cleared by Curtis Jones and Salah ran from inside his own half before firing into the top left corner.

Salah then turned provider to set up Mane who chipped Sportiello.

Jota completed his hat trick in the 54th following another devastating counter-attack. He rounded Sportiello and deposited into the empty net.

Atalanta almost got one back but Duvan Zapata’s curled effort came off the inside of the right post.

Zapata also had a stoppage-time goal ruled out for offside.