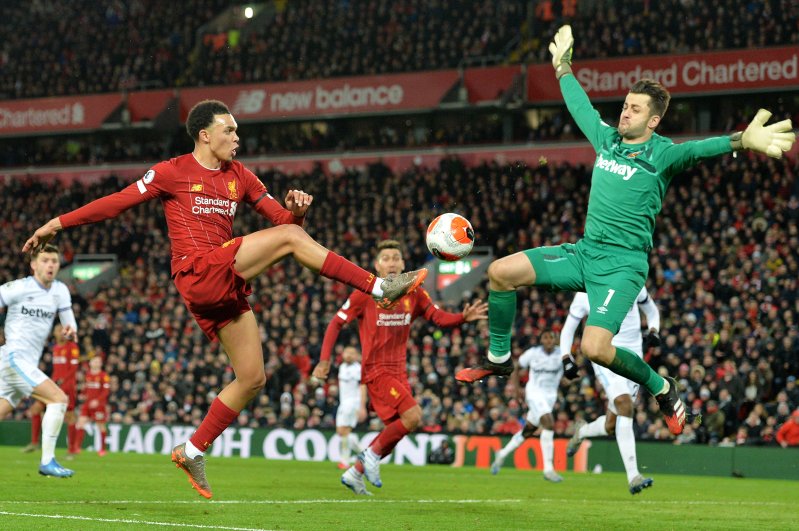 Liverpool manager Juergen Klopp said his side would focus only on securing the next three points despite their latest record achievement. Liverpool's 3-2 comeback win over West Ham on Monday was their 18th straight Premier League win, equalling the top-flight record set by Manchester City in 2017.

It was also their 21st successive Premier League win at home, equalling their own record from 1971-72, and they are now just 12 points from winning the title for the first time since 1990. Klopp said the records were "cool" but that their next match, away to Watford on Saturday, was the most important thing.

"We all know it's very special, but at the moment we are really just in the situation and want to recover and prepare for the next one," Klopp told reporters. "The next opponent is really waiting and wants to fight us, the whole stadium at Watford will go (against) us, that's completely normal, there will be a special atmosphere, and we have to be 100% ready. I saw the boys tonight, they are ready to fight and as long as we are really ready to fight, nobody should worry, but we still have a lot of work to do." Liverpool has dropped just two points in 27 league matches this season for a 22-point lead over title holders Manchester City. They also remain in contention in the Champions League and FA Cup as well.

When Klopp took over at Liverpool in October 2015, he asked them to "create our own history." Four and a half years on, they are the defending European champions and are headed for their 19th league title. "Obviously, the boys took really seriously what I said there and that's all cool – but just not too important in the moment. It's so special, the numbers are incredible, so difficult," he said. "Could I have wished for a better position to go into these last 11 games? No, I would never have thought it was possible, but each one of them is really difficult and we respect that a lot. "We don't expect one easy game. Nobody wants to go through easily. We just have to be ready for work and for the hardest work."