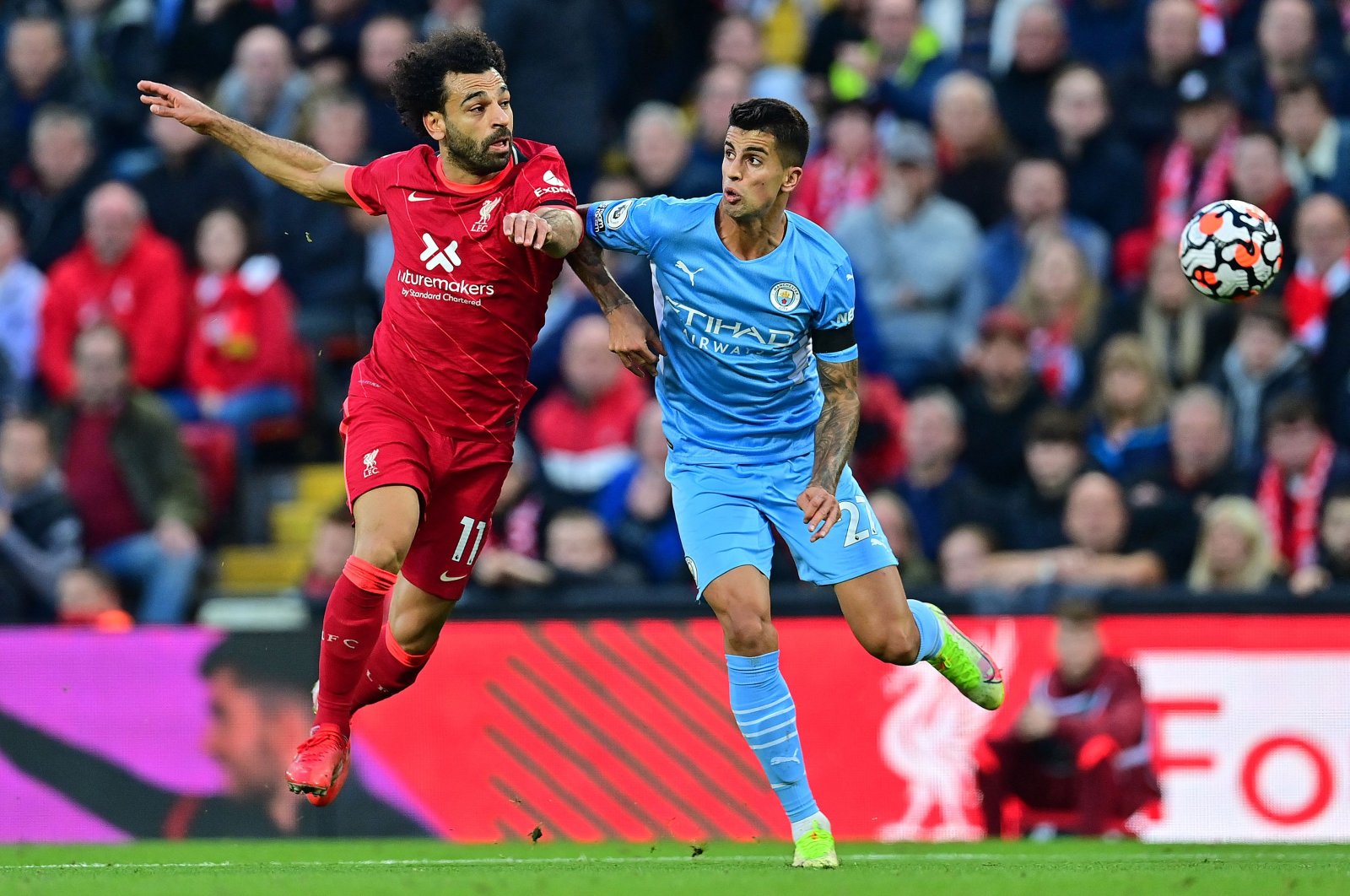 Manchester City twice came from behind to prevent Liverpool from moving back to the top of the Premier League in a 2-2 draw at Anfield on Sunday.

After struggling against a dominant City in the first half, Liverpool took the lead in the 59th minute when Mohamed Salah threaded the ball through to Sadio Mane who confidently fired past goalkeeper Ederson.

But City were on level terms 10 minutes later when Gabriel Jesus cut in from the right, leaving four Liverpool defenders behind before finding Phil Foden who drilled the ball into the far, bottom corner.

Salah then restored Liverpool's lead with a stunning individual goal, twisting and turning to lose Joao Cancelo and Aymeric Laporte before firing home.

Once again, though, City responded – Foden again finding space on the left and pulling the ball back to Kevin De Bruyne whose curling shot took a slight deflection off Joel Matip and beat keeper Alisson.