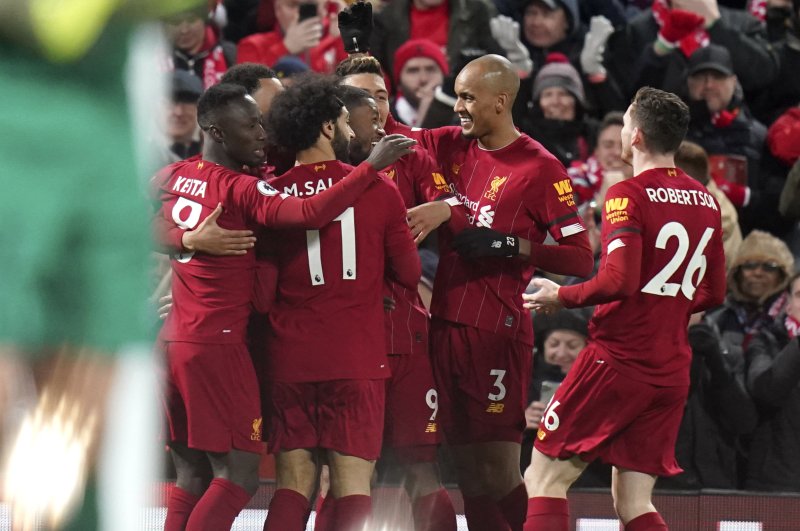 Top and bottom will both have very different goals in the Premier League this weekend as Liverpool chases a record and Norwich tries to boost their survival hopes.

Liverpool will set a new top-flight record of 19 consecutive victories if it wins at Watford while Norwich needs a win over Leicester if it is not to be cut adrift at the bottom.

Victory over Nigel Pearson's side would give them a 19th straight league win, breaking the record they share with Manchester City from 2017.

Klopp and his side will still not countenance talk, the title is done and dusted but three more points on Saturday evening will put them ever closer to breaking their 30-year drought.

"Anything can happen in the Premier League, and we've learned that over the course of our time playing in it, it's difficult for us."

Watford is also fighting for its life, one point short of safety with 11 games to go.

"Going to Watford is not an easy task and teams have learned that over the course of the season," Alexander-Arnold said.

"We learned that when they came here, it was a tough game. We scored in the last minute in that game, so it was a tight one. And we understand that, with the new manager they've brought in, it's difficult to break them down.

"So for us, our mentality needs to be 100% and we just need to focus on that and then after that we'll focus on the next game."

With second-placed Manchester City playing in the League Cup final on Sunday, third-placed Leicester City can close the gap if it wins at Norwich on Friday.

But the match holds even more significance for Norwich as it fights for survival. Six points adrift at the bottom, victory over Leicester would give the team a huge morale boost.

The battle for the top four continues with Chelsea, Manchester United and Tottenham, separated by just four points from fourth to sixth, all in action.

Fourth-placed Chelsea travel to Bournemouth, fifth-placed United is at Everton and Tottenham will host Wolves.

Third-bottom West Ham will host Southampton, Brighton will meet Crystal Palace and Newcastle will play Burnley in the weekend's other matches.