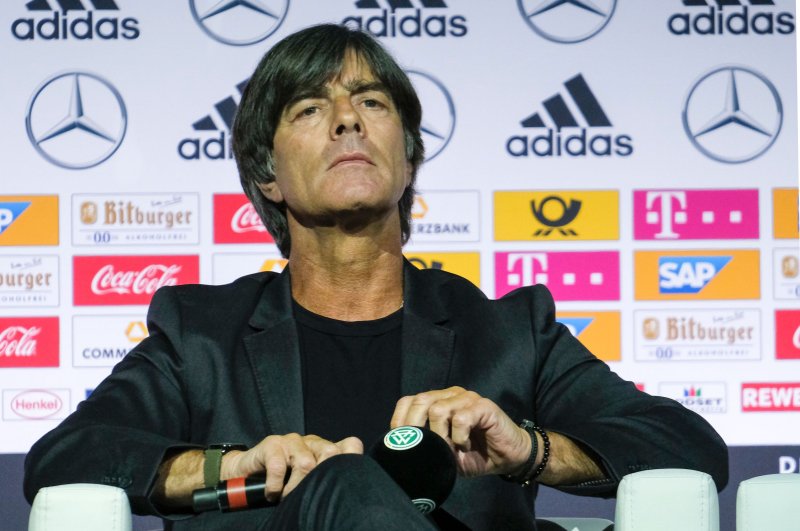 Joachim Loew will seldom be more relaxed in the next 100 days than he was at the old Beurs van Berlage stock exchange in Amsterdam this week.

The Nations League draw handed his Germany dates with Spain, Switzerland and Ukraine later this year but for the time being, they are just a footnote in preparing for Euro 2020.

"That is the most important," Loew said as the countdown to the June 12 tournament kickoff begins in earnest. The Nations League will play no part in this though until after the championships.

"You shouldn't hang the competition too high. The qualification for the World Cup will also be important and of course, the tournaments are everything, the salt in the soup," the 60-year-old said.

Awaiting Germany in Munich this summer are matches with World Cup holder France and defending European champion Portugal along with a still-to-be-decided playoff winner.

"With great anticipation and a little bit of tension already," he was looking ahead to Euro 2020. "I know that we are not in the role of favorites," he said. "But we will still have high demands and a high level of expectation. We play three games in Munich which is incredibly important and fantastic for us."

The Nations League draw offers Germany a deja-vu factor for 2020 with Spain and Switzerland already penciled in for pre-Euro tune-up friendlies.

Loew is attaching a great deal of importance to the first friendly of the year, in Madrid on March 26, before Italy provides the opponent in Nuremberg five days later.

The Swiss are met in Basel on May 31, just two days before Loew submits his final 23-man squad for Euro 2020 to governing body UEFA.

That could yet involve Manchester City winger Leroy Sane who is fighting back from a cruciate ligament tear.

"He has informed me that everything has gone well and he is happy," said Loew.

Sane has just returned for City's under-23, unlike Niklas Suele who is still recovering from the same injury.

"You have to wait a bit yet," Loew said about the Bayern Munich defender.

"I'm not putting any pressure on him ... if someone is injured for six, seven months, they have to find a rhythm again and overcome certain insecurities," he said.

The injuries to two important players in the first half of the season made it painfully clear to Loew how fragile the personnel situation is in his squad.

"Now we have to look, a majority of the players are in an orderly rhythm, now we have to make the right selection," he said.

"Spain and Italy are two opponents who operate on a high level; we need that to play ourselves in, and I hope that in the next months no one else gets injured and we can have a good preparation," Loew said.