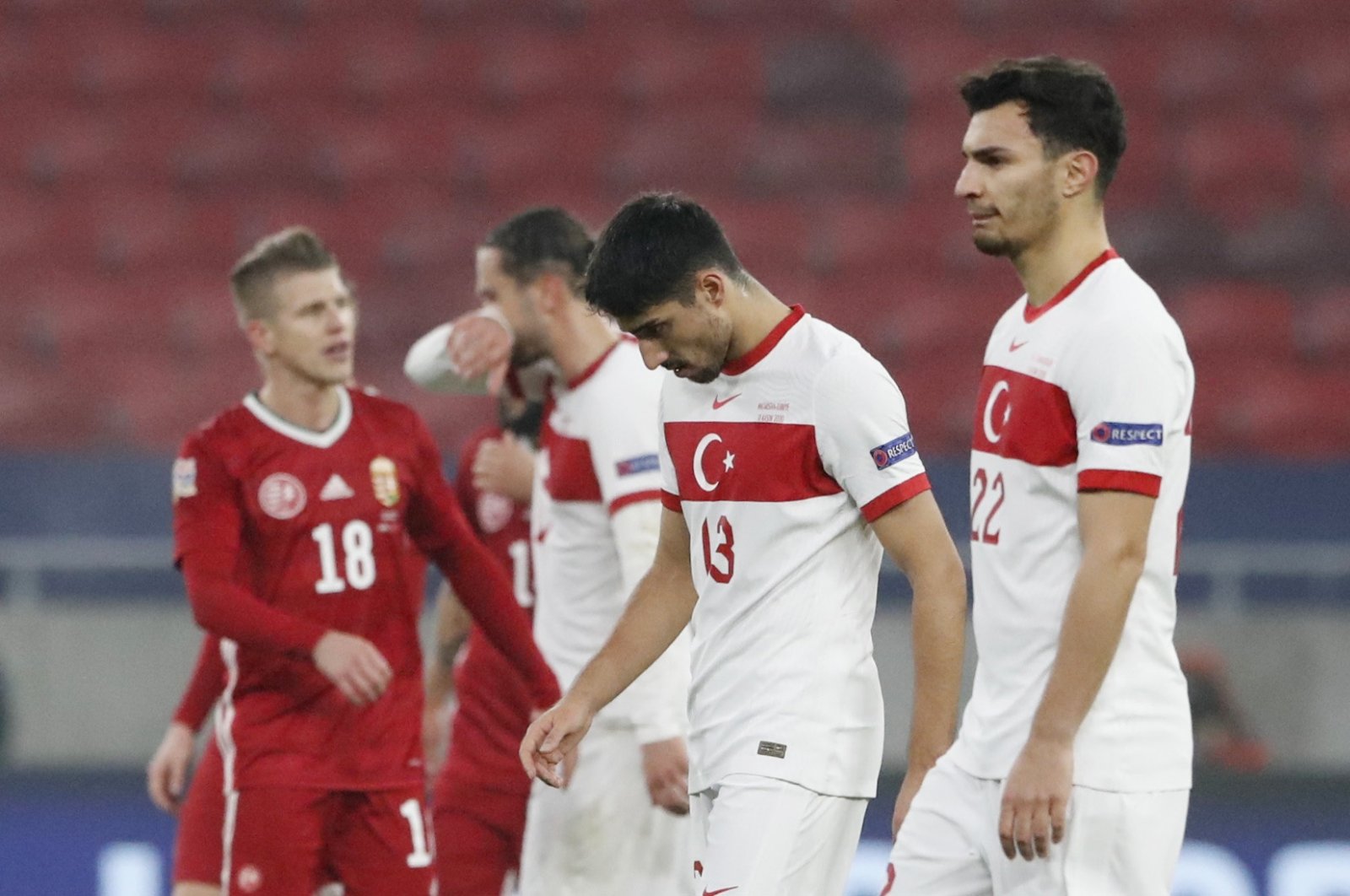 Turkey was relegated to the C division of the Nations League after losing 2-0 to Hungary in an away match late Wednesday.

Hungary broke the deadlock in the 57th minute as midfielder David Siger scored from very close range at Puskas Arena, making it 1-0.

Turkey took risks but failed to score the equalizer and in the 95th minute, Hungary doubled the gap on a counter-attack.

Hungarian left winger Kevin Varga had the ball in Hungary's half court to dribble until Turkey's penalty area, where he faced Turkish goalkeeper Mert Günok.

Varga made a vicious strike with his right foot to beat Günok as Hungary clinched the 2-0 victory.

Hungary, who won League B - Group 3 with 11 points, advanced to the upper division, the A League.

Following the loss, Turkey came last in the group with 6 points.

In the other match of Group B3, Serbia gave Russia a humiliating 5-0 defeat, pushing Turkey down the path of relegation.

Second-place Russia and third-place Serbia will remain in the B League.

The Serbians secured third spot through away goals against Turkey.

The Turkish national team was recently isolated at a training facility in Istanbul’s Riva neighborhood after Croatia defender Domagoj Vida’s coronavirus test returned positive during the halftime break of a friendly match between the two countries on Wednesday.

While the players continued training at the Riva facilities, the incident came before a decisive match and the uncertainty seems to have had a negative effect on coach Şenol Güneş and his men’s motivation.