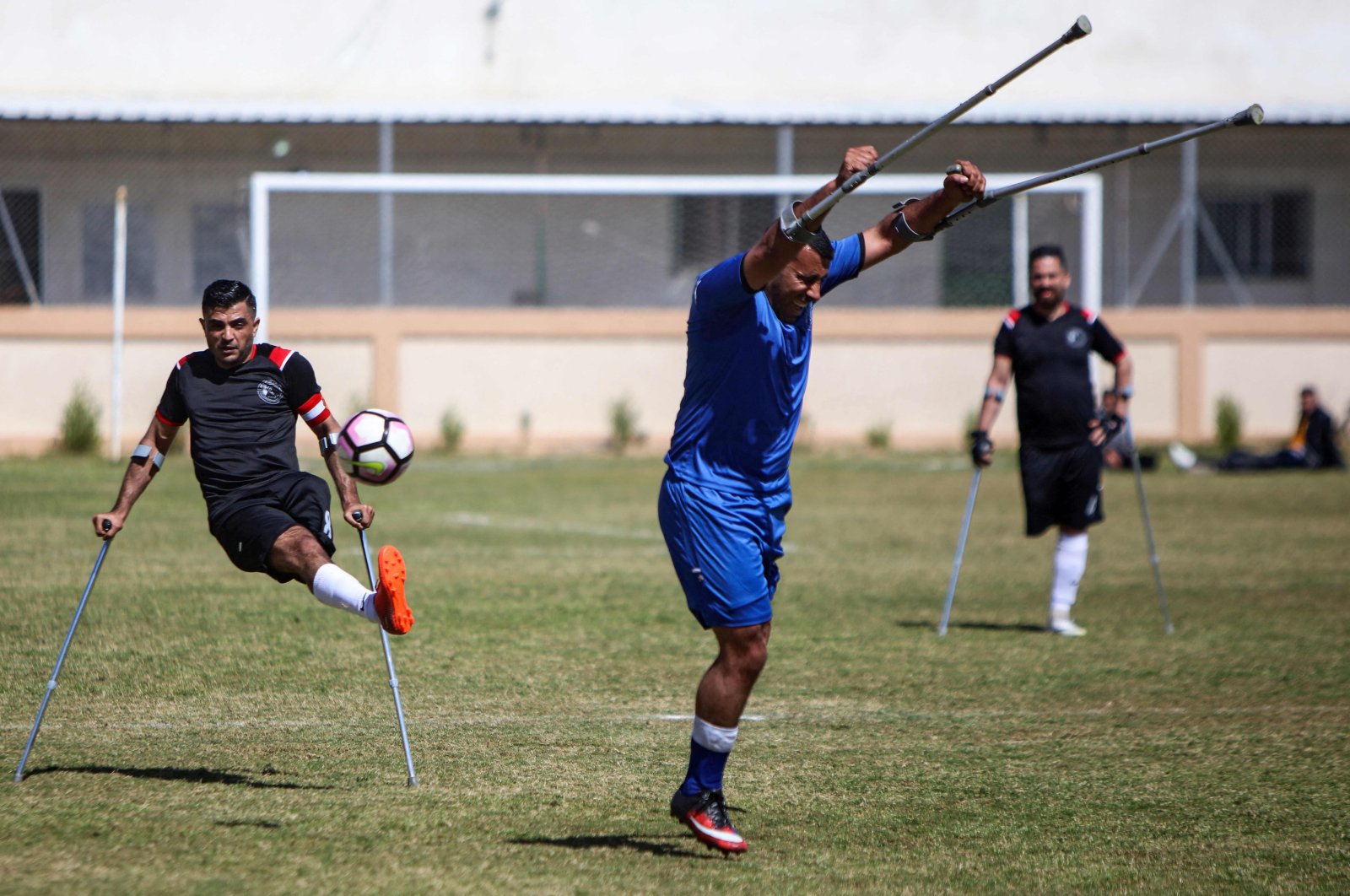 Palestinian players compete during the final of a local football championship for amputees between Al-Jazeera and Al-Abtal, organized by the International Committee of the Red Cross (ICRC), in Gaza City on March 18, 2021. (AFP Photo)
by French Press Agency - AFP Mar 19, 2021 1:13 pm
RECOMMENDED

Using his crutches, Mohammed Abu Bayad runs as fast as he can, kicks the ball and ... goal!

He's the first to score in a football match in Gaza between Palestinians whose legs were amputated after they were hit by Israeli fire.

After a break of a few months due to the coronavirus pandemic, the tournament between four clubs culminated Thursday in the final, organized by the International Committee of the Red Cross (ICRC) and the Palestinian Football Association.

"I played football before I was injured and my life changed, but I was determined to continue," said Abu Bayad, at a stadium west of Gaza City.

He was shot by the Israeli army in 2014 during the last war between Israel and Hamas, which rules Gaza.

According to the United Nations, some 8,000 other Palestinians were injured by Israeli army fire during the "great march of return" protests that started in March 2018.

For several months, thousands of Palestinians gathered along the barrier between the Gaza Strip and the Jewish state, heavily guarded by the Israeli army.

They were demanding an end to the decadelong Israeli blockade on the enclave.

They also demanded the right of Palestinians to return to the lands they fled, or were driven from, when Israel was created in 1948.

Ahmed Abu Nar, who also scored a goal for his team, lost his left leg during those protests.

"It was very difficult when I was wounded," he said. "Playing football helps me psychologically and physically, and makes me happy."

Mohammad Abu Samra, one of his teammates, said his interest in the game grew after his injury.

"I wanted to challenge myself and prove to the Israeli enemy that we will not surrender," he said.

For ICRC spokesman Hesham Mhanna, the players are "heroes", "victims of armed conflicts" who send a message that it is possible to overcome obstacles stemming from disability.