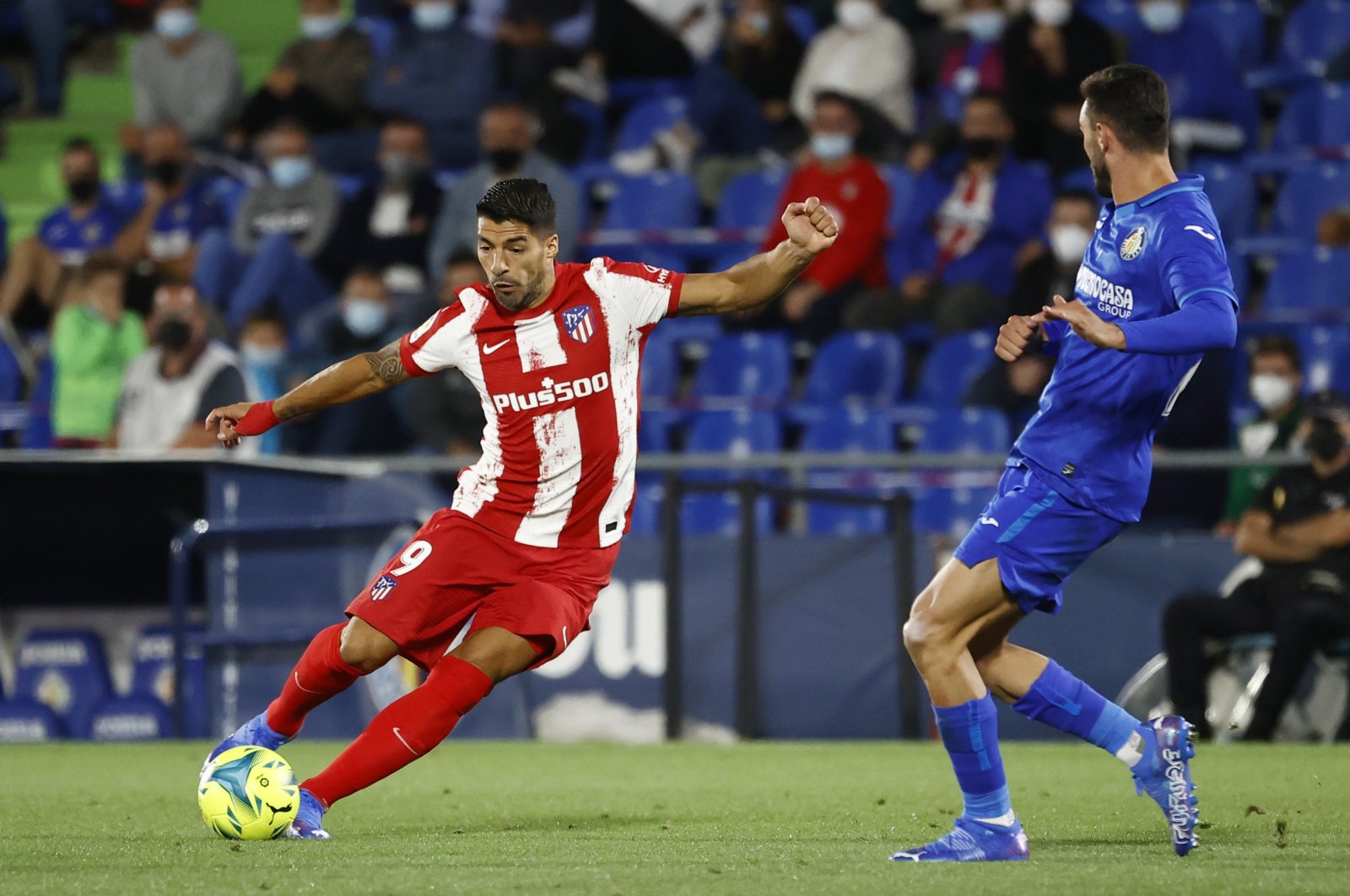 Hosts Getafe took the lead through Stefan Mitrovic on the stroke of half-time, but the game changed when Carles Alena was sent off in the 74th minute.

"In the first half, we had a lack of movement, of dynamism, and the match was flat until the opponents' goal," said Atletico coach Diego Simeone.

"In the second period, the match had more rhythm, more intensity, we had more efficiency in attack."

A goalless draw with fellow unbeaten side Athletic Bilbao at the weekend saw it drop two points behind Real in the early table, and Simeone's men were far from convincing again for long stages.

Antoine Griezmann and Suarez, who saw a header strike the crossbar, both went close to an equalizer before former Barcelona midfielder Alena gave Atletico a helping hand.

Alena, who had already been booked, was given a straight red card following a VAR review for a poor studs-up challenge on Brazilian international Matheus Cunha.

Suarez made Alena pay only four minutes later, running onto Mario Hermoso's long pass and lashing a left-footed shot into the roof of the net.

The Uruguayan completed the comeback just as the clock ticked past 90 minutes, nodding in at the back post as Getafe goalkeeper David Soria backtracked after initially attempting to collect Sime Vrsaljko's cross.

Suarez, who was making only his third league start in six games this term, has now scored three La Liga goals this season.

Griezmann, though, is still yet to find the net in four appearances since rejoining the club from Barcelona.

"He is in the process of adapting to this new Atletico, which is no longer the Atletico he had known," said Simeone of the Frenchman.

"I'm sure he will shine like before, I have no doubts."

Elsewhere on Tuesday, Bilbao lost 2-1 at home to Rayo Vallecano, for whom Colombian veteran Falcao scored a winner six minutes into injury time.

And Celta Vigo notched its first victory of the campaign by beating winless Levante 2-0 thanks to goals from Iago Aspas and Brais Mendez.