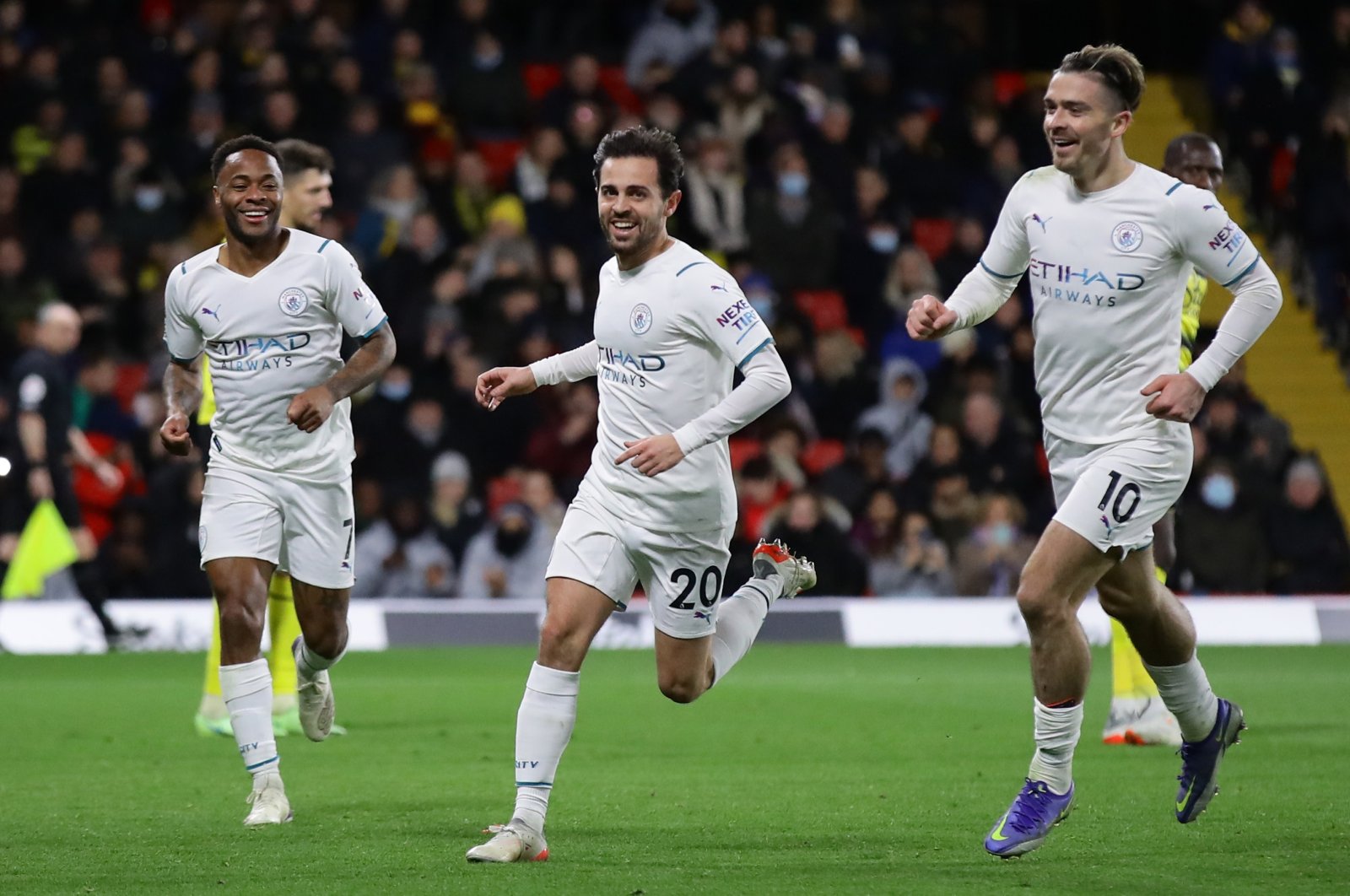 Chelsea suffered a devastating 3-2 loss against West Ham that saw the Blues fall to third from top of Premier League after Liverpool and Manchester City picked up wins Saturday.

Thomas Tuchel's Chelsea began the day with a narrow lead and twice went in front at the London Stadium, only to be stunned by a late goal from substitute defender Arthur Masuaku.

It looked as though Liverpool had let Chelsea off the hook as its later clash at Wolverhampton Wanderers went into stoppage time still goalless.

But Divock Origi, making his 100th appearance as a Liverpool substitute, latched on to a Mohamed Salah pass to smash a winner past Wolves keeper Jose Sa in the 94th minute.

In the day's late kickoff, Manchester City outclassed Watford in a 3-1 victory at Vicarage Road with Raheem Sterling paving the way before Bernardo Silva struck twice.

Chelsea had seemed to be in control of its game after 28 minutes when Thiago Silva scored with a header from a Mason Mount corner but the European champion gifted the host a penalty in the 40th minute when Jorginho put his goalkeeper Edouard Mendy under pressure with a poor back pass.

Mendy brought down Jarrod Bowen for a penalty that was converted by Manuel Lanzini.

Mount restored Chelsea's lead with a superb volley four minutes later only for West Ham to draw level early in the second half when Bowen fired in hard and low.

Masuaku clinched it for the fourth-placed hosts in the 87th minute with a cross that flew into the goal.

It meant Chelsea slipped to the third spot with 33 points from 15 games, one point behind Liverpool and two behind Manchester City. West Ham has 27 points.

"We are not good enough in the details at the moment," Tuchel told reporters. "We do too many big mistakes."

Wolves had defended resolutely against a Liverpool side who have been in unstoppable goalscoring form.

But all its hard work came to nothing as Origi showed what a great impact substitute he can be, with his winner sparking wild celebrations on the Liverpool bench.

"It was clear: when you don't score you just have to keep going and that's what we did," manager Juergen Klopp said.

"And then Divock Origi, the legend, came and finished it off for us. I love it."

There was no such drama for City who racked up a fifth successive league win and a 31st in the calendar year, surpassing its previous club record.

"There are always things we have to improve but right now, the guys are playing at a really good level," manager Pep Guardiola said. "We scored three beautiful goals and we could have scored more."

Newcastle United's wait for a first league victory of the season is over after Callum Wilson's goal earned it a 1-0 victory against fellow relegation battler Burnley.

The win lifted Newcastle off the bottom on goal difference, above Norwich City who plays Tottenham Hotspur on Sunday.

Brighton & Hove Albion drew for the eighth time this season as Neal Maupay rescued a point in a 1-1 draw at Southampton.

Maupay struck in the eighth minute of stoppage time to deny Saints their fourth league win of the season after Armando Broja had given them a first-half lead.