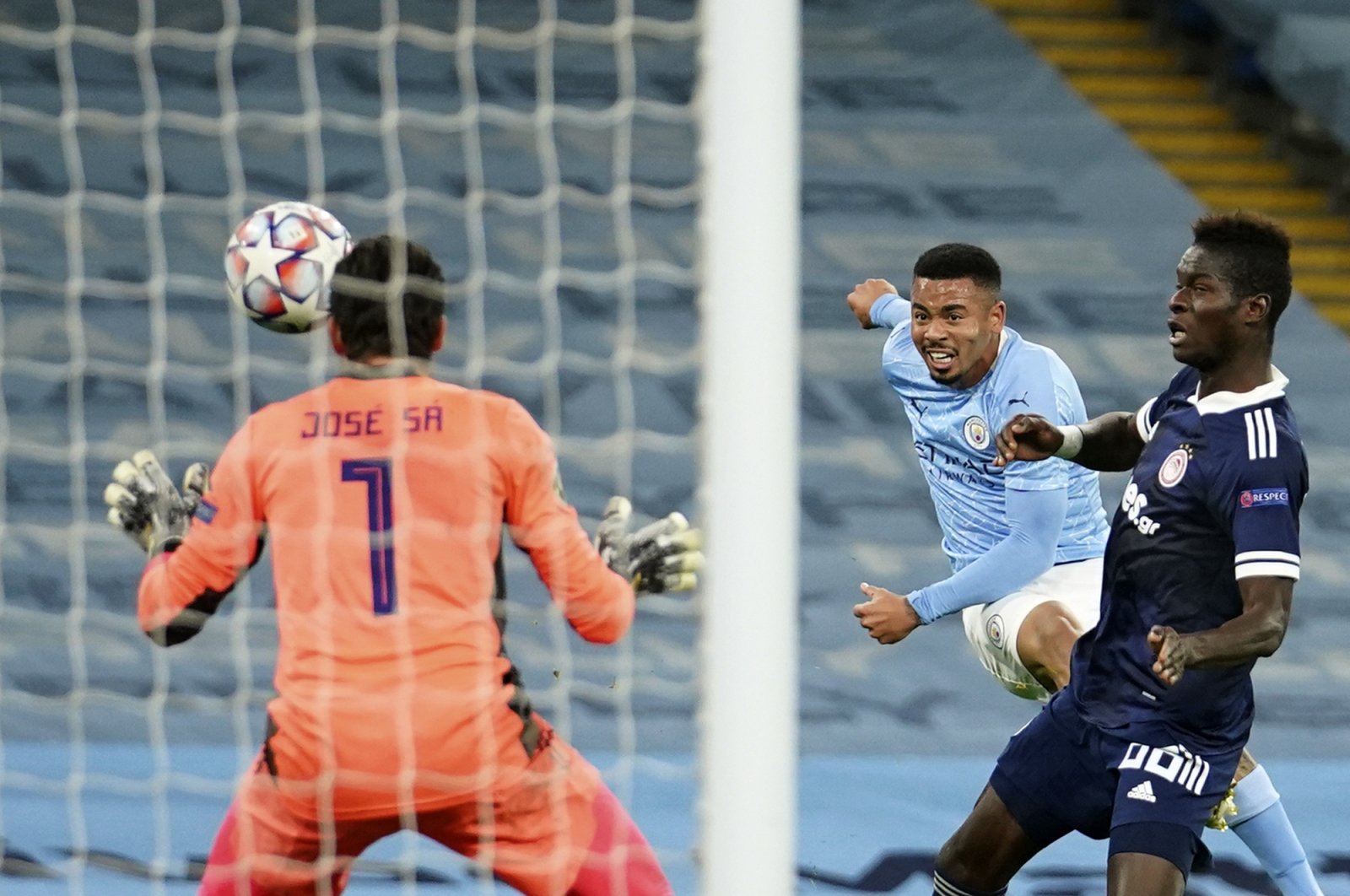 Ferran Torres is proving to be a more-than-adequate makeshift striker for Manchester City.

The Spain winger scored for the third straight Champions League game to set City on its way to a 3-0 win over Olympiacos on Tuesday, which maintained the English team’s 100% record in Group C.

Torres, in his first year at City following an offseason move from Valencia, has only been deployed as a striker because of injuries to Sergio Aguero and Gabriel Jesus.

Jesus is back fit and came on in the second half, adding the second in the 81st minute with a rasping shot into the roof of the net from a narrow angle. Joao Cancelo added a third goal in the 90th.

It remains to be seen whether the cameo from Jesus is enough to convince City manager Pep Guardiola to start him in the big match against Liverpool in the Premier League on Sunday.

Guardiola could do worse than stick with Torres, however.

Having scored in the 3-1 win over Porto soon after coming on as a substitute, Torres then netted the opener in City’s 3-0 victory at Marseille last week.

Kevin De Bruyne was the supplier for that goal at the Stade Velodrome and the Belgium playmaker was at it again at Etihad Stadium, cushioning a pass through to Torres who took the ball on, had an extra touch, and drove a shot through the legs of the goalkeeper.

City was rarely threatened by the visitors from Greece but the goal from Jesus, who entered in the 69th minute for his first appearance since the opening match of the season at Wolverhampton, did come as some relief.

Again it was De Bruyne with the assist – he also set up two goals against Marseille – but Jesus did the hard work as he drove forward down the right channel before unleashing a fierce, rising shot inside the near post.

Cancelo was one of five second-half substitutes and he scored just his second goal for City with a left-footed shot from outside the area.

City only requires a draw in the return match in Greece after the international break to secure progress to the knockout stage with two group games to spare.