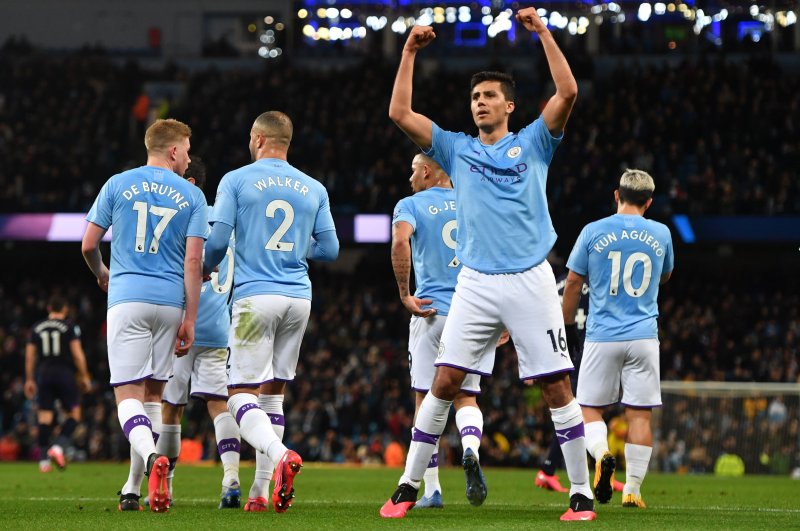 Manchester City may be set to go to war with UEFA, but time is of the essence for the English champions to satisfy its quest to win the Champions League.

UEFA slapped a stunning two-season ban on City earlier this month for overstating sponsorship income between 2012 and 2016 to breach the Financial Fair Play rules and failing to cooperate once an investigation was reopened following the leak of internal emails to German magazine Der Spiegel.

City remains belligerent and insists it will beat UEFA off the field. An appeal to the Court of Arbitration for Sport will decide the team’s fate for the next two years.

In the meantime, Pep Guardiola's men have to finally get it right on the field to satisfy City's long-wait to conquer Europe.

Now in its ninth season of Champions League football since Sheikh Mansour's takeover transformed the club's fortunes, City is still waiting for a landmark knockout win in the competition.

Even before the latest body blow of a European ban, the City support has not been enamored by its new status as Champions League regular.

The club has had to turn to social media influencers to try and sell tickets for group matches and the competition's anthem is routinely jeered.

"UEFA Cartel" and "UEFA Mafia" were among the banners that greeted City’s first home outing since the ban was handed down against West Ham last week.

A run to the semifinals before being beaten by Madrid in 2015/16 is City’s best-ever showing in the competition.

Despite rewriting the history books domestically, Guardiola's star-studded squad has fallen at the quarterfinals to English opposition in each of the past two seasons.

The contrast with Madrid could not be starker. For generations, Real has risen to the occasion on the Champions League stage, while City has crumbled under the pressure.

A former Barcelona coach and player, Guardiola hailed his old foes the "kings of Europe."

And in an interview with Spanish newspaper AS last week, City's Raheem Sterling insisted: "There is no better challenge than Real Madrid."

Guardiola's legacy on the line

However, a meeting with Madrid also offers City an opportunity to change the narrative.

The sort of ferocious atmosphere Guardiola has long pleaded for at the Etihad for Champions League games seems guaranteed when the Spanish giants travel to Manchester on March 17th.

With Liverpool streaking clear at the top of the Premier League, City's season and arguably Guardiola's legacy at the club comes down to what happens in this tie.

"If we don't win it everybody is going to say we are failures like the last five years," said midfielder Kevin De Bruyne. "It's something we've not won yet."

Motivation could not be greater for a host of world-class players like De Bruyne, David Silva and Sergio Aguero to cap their careers with Champions League success.

Moreover, doing so this season would have the added benefit of sticking it to UEFA by capturing their flagship competition.

"I can't believe they're in the competition now. What would happen if City wins this season?" Former Liverpool defender Jamie Carragher told Sky Sports.

"UEFA will be desperate for Man City to be beaten by Madrid."

All the more reason for City to not give European football's governing body the satisfaction.