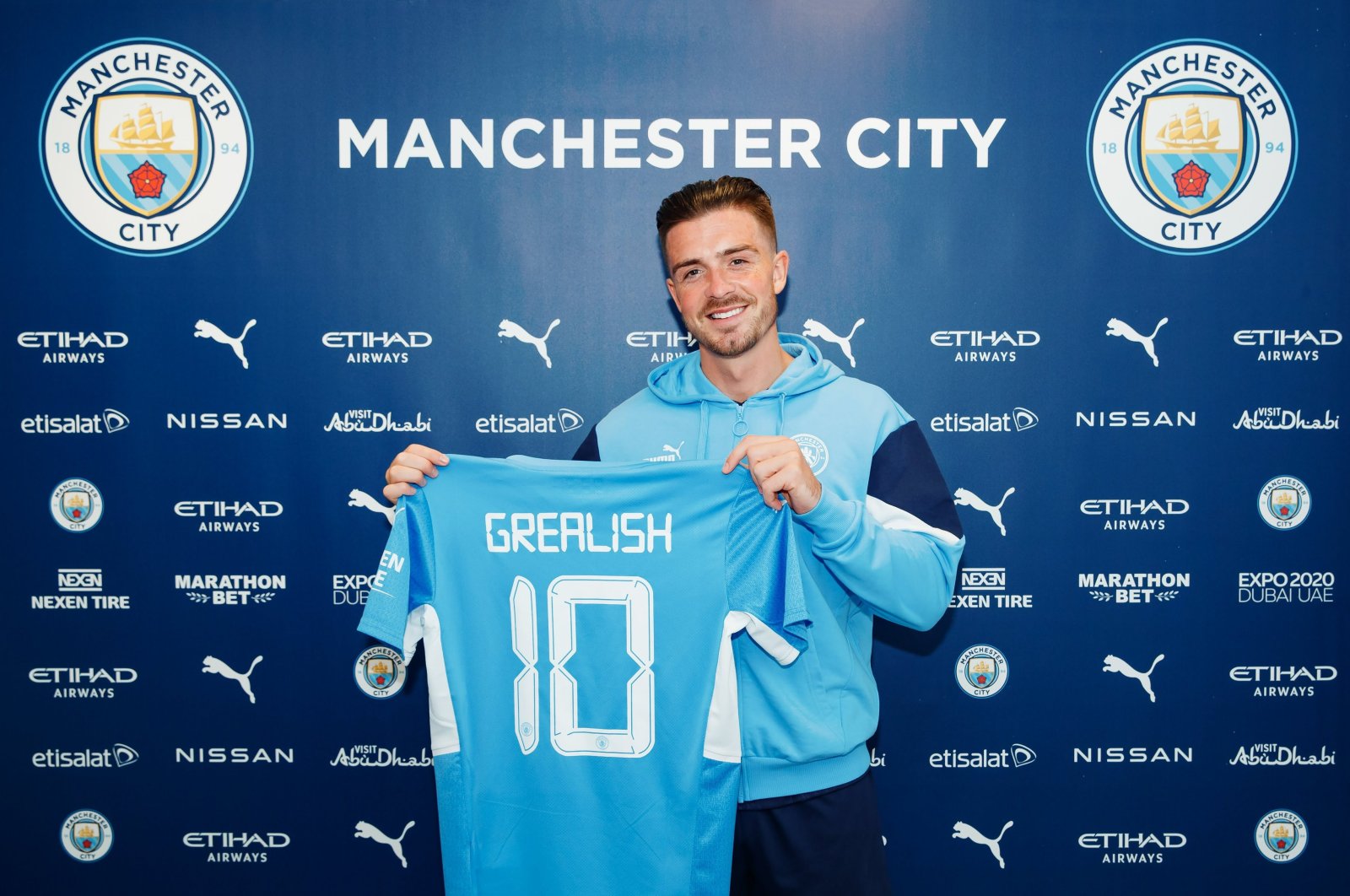 City reportedly paid a fee of 100 million pounds ($139 million) – the most ever by a Premier League club.

“City is the best team in the country with a manager considered to be the best in the world – it’s a dream come true to be part of this club,” Grealish said in a team statement. “To play for Pep and learn from him is going to be special and it’s something any top footballer would want.”

City did not disclose the fee but British media widely reported the figure. The previous record fee was the 105 million euros ($124 million) that Manchester United paid Juventus for midfielder Paul Pogba in 2016.

The Birmingham-born Grealish had spent his whole career with Villa, with one season on loan to lower-tier Notts County in 2013-14, and now joins a formidable midfield with Kevin De Bruyne, Phil Foden and others.

The attacking midfielder was a bit of a late bloomer as a superstar, only debuting for England in September 2020. He originally played for Ireland at youth levels before switching to England in 2015.

Easily recognizable with his swept-back hair and bulging calf muscles, Grealish carries the ball superbly and with such pace and directness that it is no surprise he is constantly fouled.

"Jack’s development over the past few seasons both for club and country has been plain for everybody to see," said Txiki Begiristain, City's director of football. "His natural talent together with his commitment to improving as a player has seen him become one of the most exciting attacking players in world football today."

“Pep loves the way he plays, and we all feel he is an ideal fit for Manchester City,” he continued. “Our style and his style are a perfect match.”

Grealish was part of England's team in the European Championship, though mostly as a substitute – and fan favorite. England lost to Italy in the final.

The playmaker made his Premier League debut in May 2014. Villa later slipped into the second-tier Championship but Grealish helped the squad win promotion after the 2018-19 season.

City kicks off the new season at Tottenham on August 15.