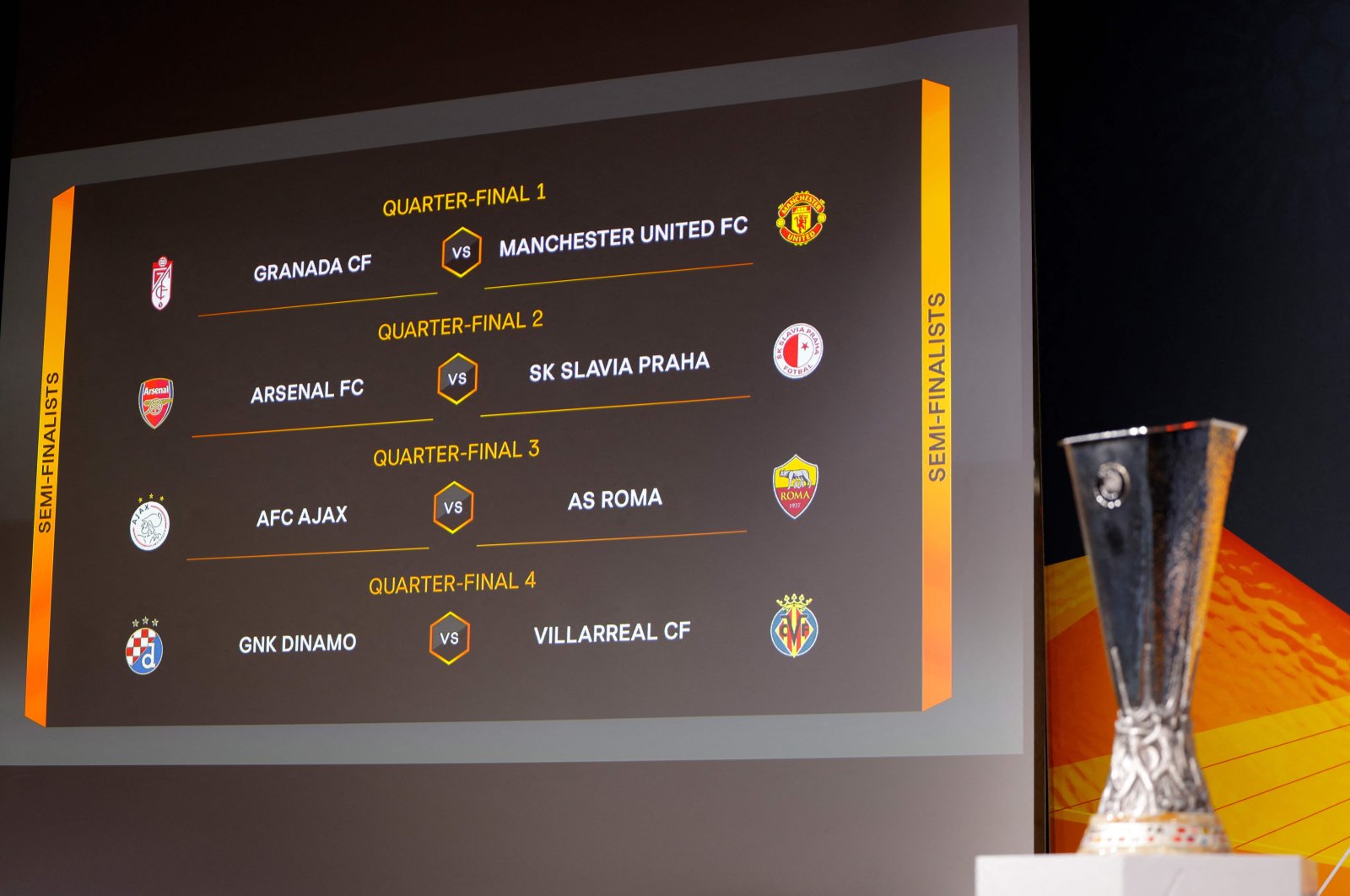 Man United, which also won the Europa League in 2017, was drawn to travel to Spain for the first leg on April 8.

Arsenal will be the third straight British opponent for Slavia Prague, the unbeaten leader of the Czech league. Slavia eliminated Leicester and Rangers in the previous rounds.

Ajax, the other previous title-holder in the draw, will face the last Italian team left in European competition this season when it hosts Roma in the first leg.

Dinamo Zagreb will host Villarreal in the first leg is at Maksimir Stadium, where the Croatian team beat Tottenham 3-0 in extra time on Thursday.

Dinamo is the first Croatian club in 26 years to reach the quarterfinals of a European competition.

The first legs will be played on April 8, with the return games on April 15. The final is scheduled for May 26 in Gdansk, Poland.

The Europa League winner will get a guaranteed place in the next Champions League.

Of the eight quarterfinalists, only Man United and Ajax currently are set to enter the Champions League directly through their domestic league placing.