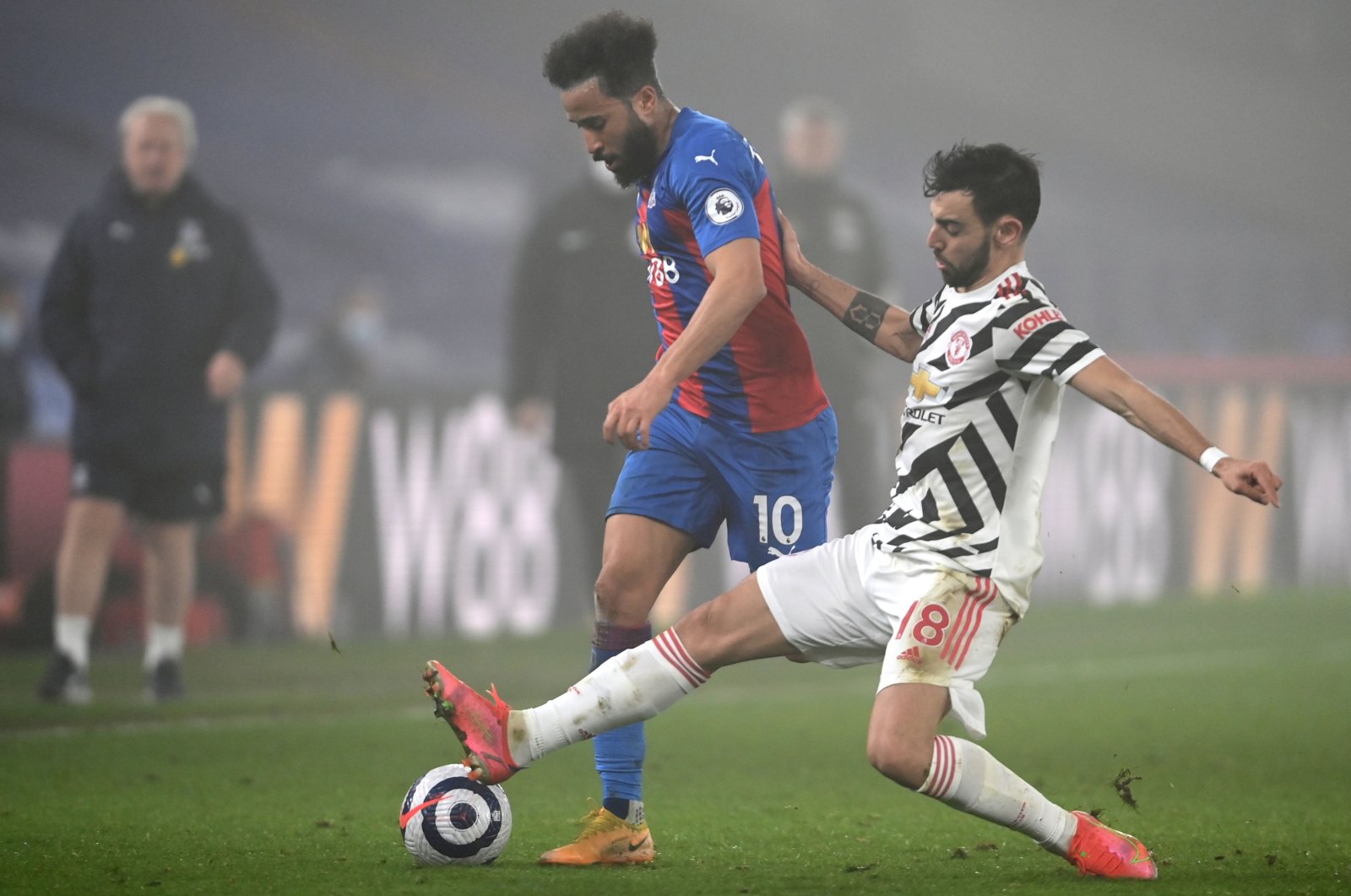 Manchester United was left a huge 14 points behind Premier League leader Manchester City as Crystal Palace held it to yet another goalless draw Wednesday.

The stalemate at a foggy Selhurst Park was United's third successive goalless draw in all competitions ahead of Sunday's Manchester derby against City, who is on a record-breaking 21-game winning streak.

Elsewhere, third-placed Leicester had captain Kasper Schmeichel to thank for a point in a 1-1 draw at Burnley.

Aston Villa missed the chance to move to within two points of the top four as it suffered a shock 1-0 loss to bottom-of-the-table Sheffield United, who held on for the final half an hour with 10 men.

A point in south London left second-placed Man United just one ahead of Leicester, with the main aim now for Ole Gunnar Solskjaer's side to cling on to a top-four place that will secure Champions League football next season.

"We have to do much better, we have to risk more in attack to create more chances," United midfielder Nemanja Matic, who almost broke the deadlock with a deflected shot, told Sky Sports.

"We are Manchester United, we have to win this kind of game. On Sunday we have a big game against Manchester City. We have to refocus for that."

Leicester's challenge for a return to the Champions League next season has been badly hit by injuries to key players, with Chelsea, Liverpool and Everton all able to close in on the Foxes – who has not won in its last three games – when it is in action on Thursday.

Matej Vydra smashed home his first league goal in nearly 12 months to give Burnley the lead after just four minutes.

Schmeichel then produced two fine saves to deny Chris Wood early in the second half, parrying the New Zealander's powerful header before getting down low to his right to turn a shot wide.

Ashley Westwood then rattled the post for Burnley, but Leicester finished the stronger.

Leicester manager Brendan Rodgers lauded Schmeichel, saying: "He's been brilliant for me in my time here, there's moments where it looks like it's going to be a goal and he pulls off a save."

Sheffield United secured just its fourth league win of the season as David McGoldrick scored the only goal against a Villa side desperately missing the inspiration of injured captain Jack Grealish.

Although the Blades had Phil Jagielka sent off for denying a clear goalscoring opportunity when hacking down Anwar El Ghazi, the ninth-placed Villa failed to make its advantage count.

The Blades are still 12 points from safety despite this win but manager Chris Wilder said, "Any result in this division is a huge result for Sheffield United.

"Obviously it was made a little more difficult going down to 10 men, but we showed good character – as I've spoken about all season regarding my team."