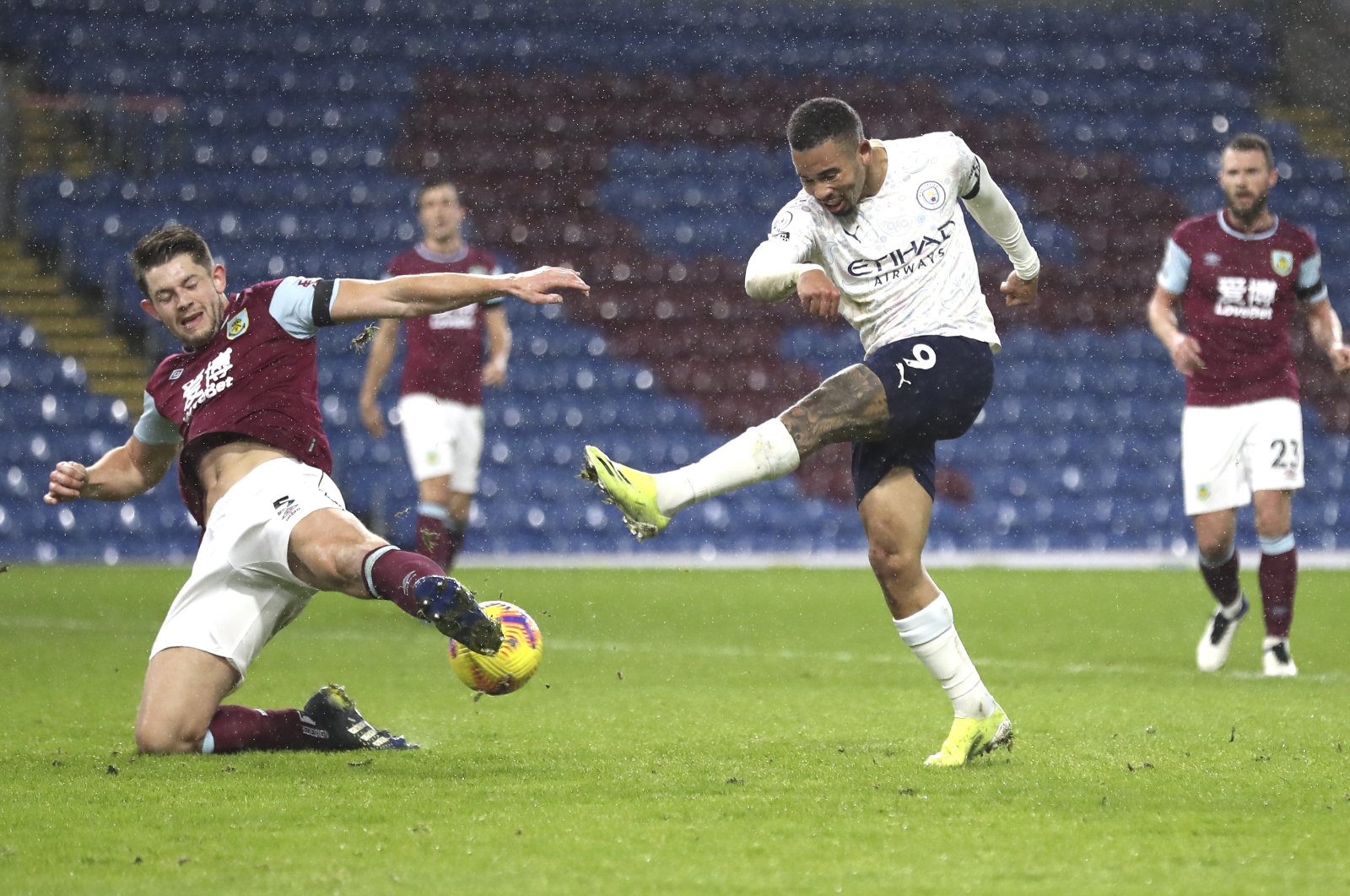 With champions Liverpool in a slump, Manchester City has the chance to knock Juergen Klopp's side effectively out of the Premier League title race at Anfield on Sunday. In France, Mauricio Pochettino takes Paris Saint-Germain to beleaguered rivals Marseille, while Real Madrid coach Zinedine Zidane returns to the dugout after missing two games following a positive COVID-19 test.

These are some of the top footballing actions from across Europe this weekend.

City is beginning to look unstoppable having won its last nine Premier League games while Liverpool's midweek defeat by Brighton and Hove Albion has left them seven points adrift.

Should City win on Sunday it would move 10 points clear of Liverpool having also played one game fewer and it is hard to imagine Klopp's spluttering side being able to bridge that gap.

Klopp, whose side is in danger of losing three successive league games at home having gone unbeaten in the previous 68, stopped short of saying defeat by City would make it impossible to win the title, but the sentiment was clear.

A run of only two wins in its last eight league games has not only weakened Liverpool's grip on the title, but it could also find themselves in a scrap just to finish in the top four, something unthinkable last season when it was in a league of its own.

It is four points behind second-placed Manchester United, who takes on sixth-placed Everton on Saturday, while Leicester City is in third place, two points ahead of Liverpool.

Arsenal will hope to bounce back from its midweek defeat by Wolves, when it ended with nine men after two red cards, as it travels to Aston Villa for Saturday's early kickoff.

PSG takes on Marseille in Classique

A chaotic week at Marseille culminates with the visit of bitter enemies PSG, who is seeking to avenge an ill-tempered 1-0 loss in September's reverse fixture in which Neymar was among five players sent off.

Academy director Nasser Larguet took charge of the midweek 2-2 draw at Lens, just 24 hours after the club suspended Andre Villas-Boas following his offer to resign over a transfer dispute.

Pochettino, on the other hand, got the desired response after suffering his first defeat at Lorient and will recall Neymar for the game at the Velodrome after the Brazilian missed the 3-0 victory over Nimes through suspension.

Zidane back for stuttering Madrid

Absent for the past two matches after testing positive for the coronavirus, Zidane knows Madrid's diminishing hopes of retaining their league crown likely requires a staggering collapse from Atletico.

A 2-1 reverse against Levante, a third home defeat of the season, left the defending champions languishing 10 points behind Atletico having played a game more.

While Zidane will be back on the touchline, taking back the reins from his assistant David Bettoni, Eden Hazard has suffered the latest in a series of injury setbacks and is expected to be out for around a month with a thigh problem.

After papering over the cracks last term, Zidane's future hangs in the balance but an extended poor run could hasten the end of his second spell in charge.

Cristiano Ronaldo fired Juventus into a commanding position in the first leg of their Italian Cup semifinal with both goals in a 2-1 win at Inter Milan, but the Portugal star has failed to score in his past three league outings.

The Juventus striker, who turns 36 on Friday, has not gone four league games without a goal since November 2017, in his final year at Real Madrid. Despite the recent dry spell, he remains the top scorer in Serie A this term with 15 goals, one above Inter’s Romelu Lukaku.

Roma heads to Turin a point above Juve in third and striving to keep in sight of the two Milan clubs.

Edin Dzeko could be back in the squad after patching things up with coach Paulo Fonseca, who stripped the Bosnian of the captaincy following a row in the wake of last month's cup loss to Spezia.