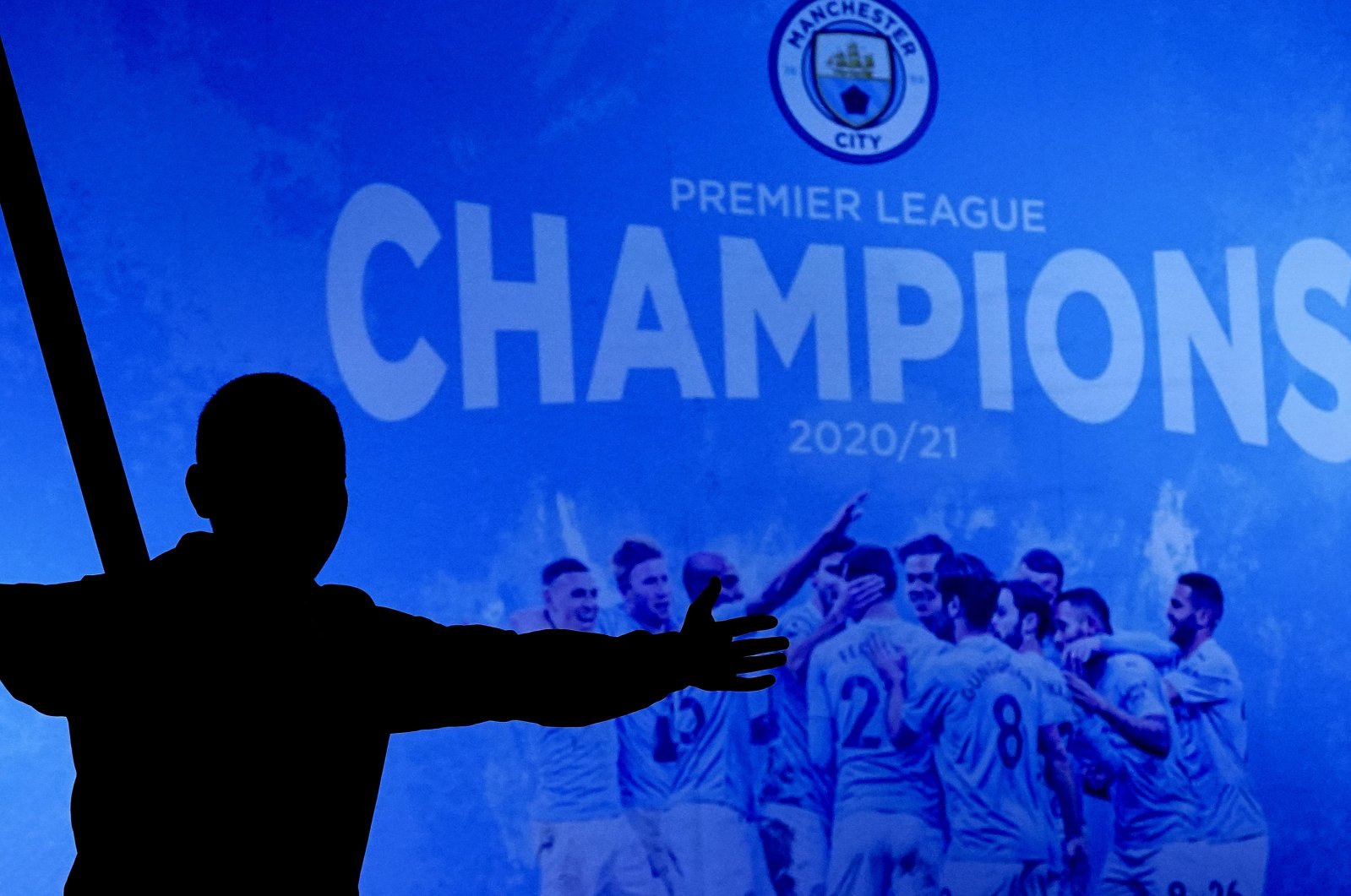 Manchester City were confirmed as Premier League champions once again after Manchester United were beaten 2-1 at home by Leicester on Tuesday night.

City missed the opportunity to secure a third league title under Pep Guardiola on Saturday when a missed penalty from Sergio Aguero proved costly as Chelsea came from behind to win 2-1 at the Etihad Stadium.

United beat Aston Villa on Sunday and needed another victory to delay the celebrations once again - but a side showing 10 changes could not see off the Foxes, who took an early lead through a fine volley from teenager Luke Thomas which was cancelled out by Mason Greenwood's neat finish.

Caglar Soyuncu headed in a corner midway through the second half to secure all three points, which left City as champions with three games still to play.

Even if United, set for a rescheduled league match against Liverpool on Thursday as well as the Europa League final, could have produced the required performance, it would have only delayed City's seemingly inevitable march towards the title.

"I have been in Spain, I have been in Germany, and I can say this is the toughest league by far," Guardiola said in a video posted on the Manchester City's Twitter account.

"To achieve five Premier League [titles] in 10 years means a lot for this organization."

Guardiola will now take his side to Newcastle on Friday safe in the knowledge of having delivered another major trophy back to the Etihad Stadium, reclaiming the league crown from Liverpool.

The manager will relish the opportunity to celebrate with the club's supporters when some are allowed into the ground for the final home match of the league season on May 23.

"I am looking forward to the Everton game, we will lift the trophy with 10,000 people I think who will be coming to the stadium, it will be incredible," he said.

"This business without these people is not the same, and hopefully next season we can enjoy it at all the Premier League teams."

City will also have European dominance firmly in their sights, with the chance to set the record straight when they tackle Chelsea in the Champions League final on May 29.