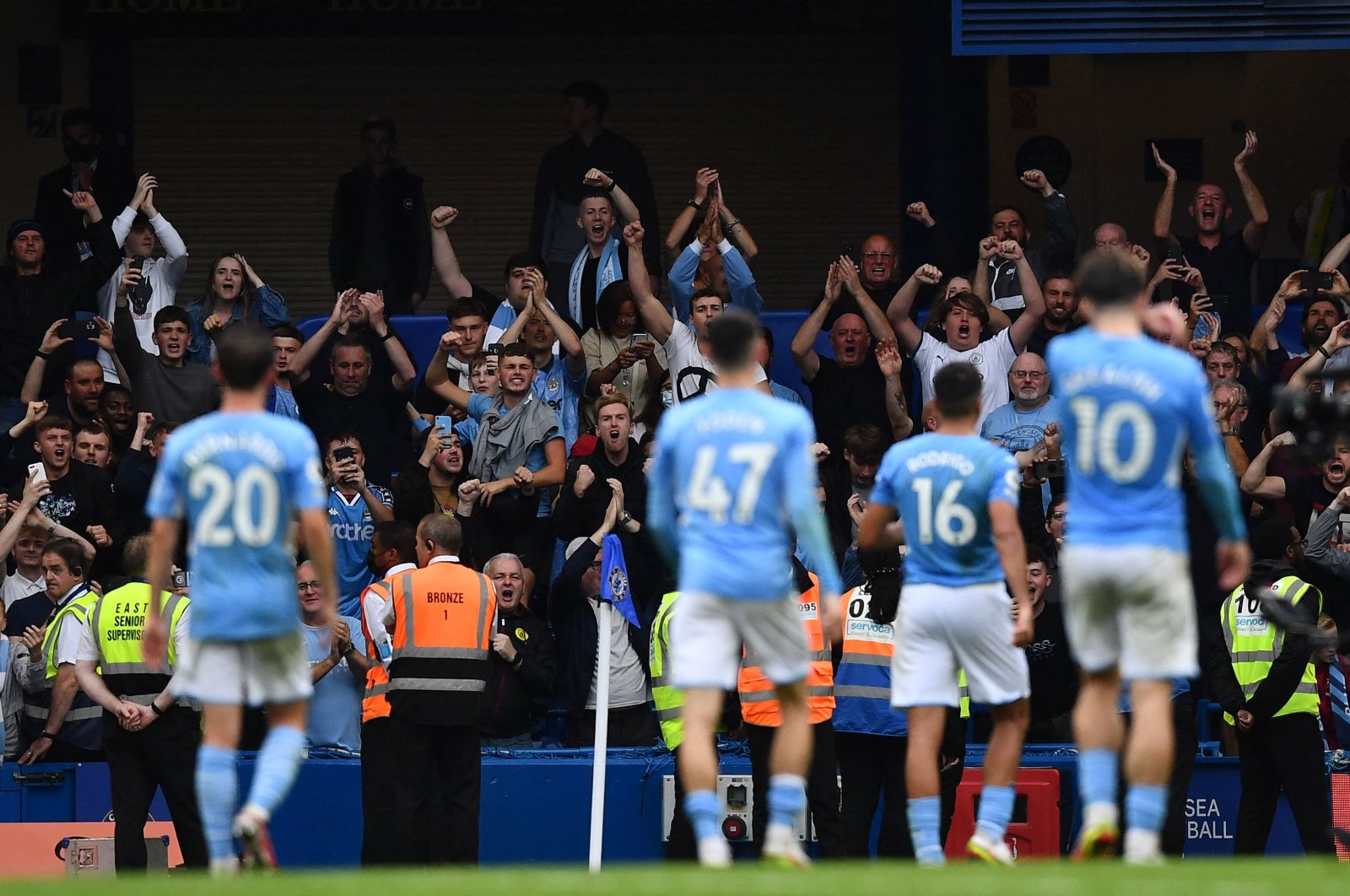 Gabriel Jesus' second-half strike proved decisive for Pep Guardiola's men, who gained a measure of revenge for three consecutive defeats by Chelsea, including a painful loss in the Champions League final in Porto.
The win lifted the defending champions to 13 points alongside Liverpool, Chelsea and United, who conceded a late goal to Villa defender Kortney Hause before suffering the agony of the missed spot-kick.
Guardiola said this week that his side lacked a "weapon" to match Chelsea's record signing Romelu Lukaku or United's Cristiano Ronaldo to decide games inside the box.
But Jesus ultimately made the difference for City, who could have won more convincingly but for a combination of wasteful finishing and some impressive last-ditch defending.
The Brazilian forward got the break City deserved in the 53rd minute as his effort deflected off Jorginho to leave goalkeeper Edouard Mendy flat-footed.
The visitors had chances to double their lead, with Jack Grealish drawing a sharp save before Jesus was denied a second by Thiago Silva's goal-line clearance while Thomas Tuchel's team failed to muster a single shot on target.


"Sometimes we believe we need a proper striker to finish, but the important thing is the way we play," Guardiola told the BBC.
"The most important thing is doing it as a team and as a unit. It's like last season. Sergio (Aguero, who has left the club) was injured all year and we won the Premier League."
RECOMMENDED